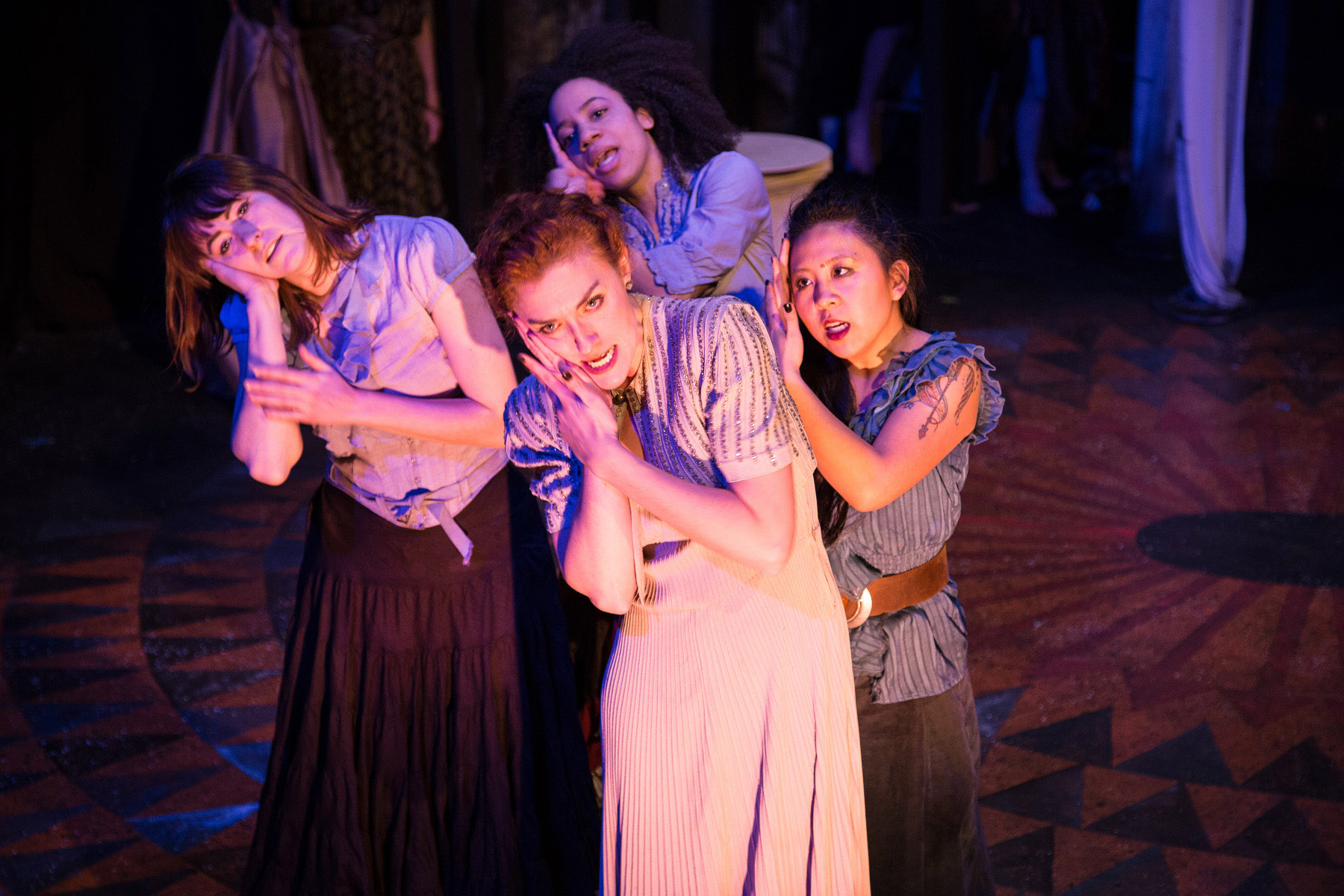 Who is a mother of smoke? Is she an unshaped body and a womb of fumes? Or is she any femme who’s been crushed under the patriarchy and striving for arson?

These questions aren’t so much asked by “Mother of Smoke” as they’re evoked by it. Cutting and collaging words from Chekhov’s “Cherry Orchard,” Euripides’ “The Trojan Women” and others, evocation is what “Mother” succeeds at more than anything. Questions of gender violence and privilege are present but they fade into the smog of ritual, never forming for more than a moment, dissolving into their successors (and predecessors) in a different time, different place or different song but with the same sense of oppression and pain.

The text (devised by the cast as well as Emma Stanton, Morgan McNaught, Lucas Basich and Ruth Margraff) latches onto the social hierarchies of those plays and tries (succeeding at times, less so at others) to drag them kicking and screaming to the here-and-now Chicago, which consists of timelessly developing condos and chronically underinvested neighborhoods.

The relevance is often lost though the mysticism meshes well with the contemporary aesthetic (Stephanie Shum’s Cassandra rages at Becky in a cathartic monologue). Yet in an age of confusion, “Mother” exemplifies that confusion: we see the constructs, concepts and violence against women and people of color that force us into asking “why” but so much is happening that a single strand of clarifying thought is difficult to glean.

However, that raging “why” is staged powerfully and painfully here. This strength is so much on the colossus of puissance that is the cast: they fulfill each slice of time, each word and movement with such vigor that you cannot be carried away by the past or the future. Breath is a weapon to be feared: McCambridge Dowd-Whipple gasps words like she’s drowning in air, one of several practices that recur throughout the performance. Shum, Kelsey Shipley and Alex Rodriguez provide lightness and grounding at the same time, pulling us from a laugh right into the darkness at hand.

The heart is here and even without traditional intellect or clear plot, “Mother of Smoke” wanders brilliantly into a miasmatic communion with its audience. (Jay Van Ort)