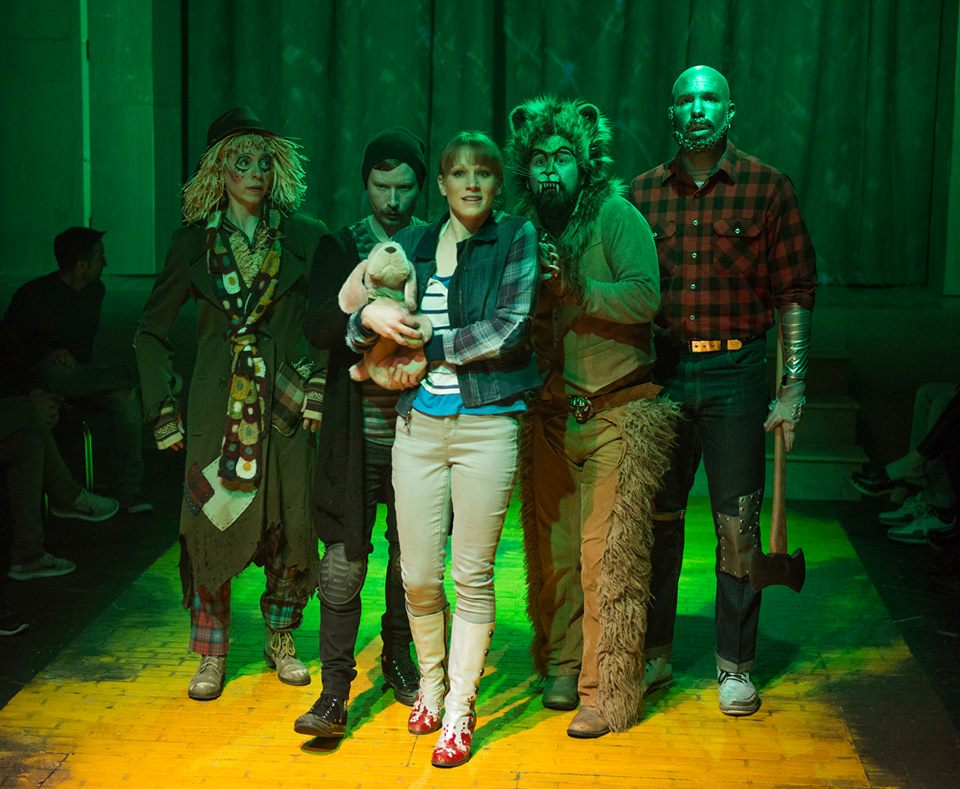 Like the Pevensies and their wardrobe, the eternally youthful crew at The House Theatre return to “The Great and Terrible Wizard of Oz” after twelve years away. Phillip Klapperich’s twisted adaptation of L. Frank Baum’s novel places a greater emphasis on personal agency and the endlessness of the path of life.

Featuring a dexterous and multi-talented ensemble lead by Kara Davidson as Dorothy, “Oz” is very much a group effort. Its pleasures increase exponentially with each additional personality from Christine Mayland Perkins’ pitch-perfect Scarecrow to the strutting badassery of AnJi White’s Witch of the West. And while the laughs are many (thanks in large part to Perkins, though the energetic ad-libbing of the Ozian chorus is also a constant delight), there are also candid moments of effective sentimentality, notably the slideshow presentation of Dorothy’s life by Toto (Joey Steakley).

In this “Oz,” the camaraderie between the leads comes about through a more thorough examination of the character’s emotional, intellectual and heroic deficits and their individual capacity to discover themselves through their perceived weaknesses. As morals go you could do much worse. Swapping ruby slippers for bloodied boots, “Oz” is a playful adventure that doesn’t take the long way around the dark forest of reality.

Those who’ve been here before know that it’s not a House show without something descending from the ceiling. And while in most cases that doesn’t refer to avian primates, “Oz” is the exception that proves the rule thanks to Ryan Bourque’s thrilling choreography. As a restlessly creative company, The House Theatre continues to eschew traditional theatrical presentation, reinventing their approach with each new production.

Admittedly, this “Oz” is a bit of an embarrassment of narrative riches and a case could be made for cutting some of the musical interludes as well. I suspect, as is so often the case with this company, that an intermission was necessary for setting up some of the more elaborate stunts and effects of the second act. Still, some streamlining could help make this story as taut as the lines that carry the flying monkeys.

If the company does plan to revisit this wonderful world again in the future and if Dorothy is to be played by an actor who is obviously not an adolescent, I’d imagine that “The Great and Terrible Wizard of Oz” could be updated to reflect the deep feelings of uncertainty felt by those who have already followed at least one passion down an equally expensive road only to arrive at an unremarkable dead end. For as they say in less magical lands: the struggle is real. (Kevin Greene)