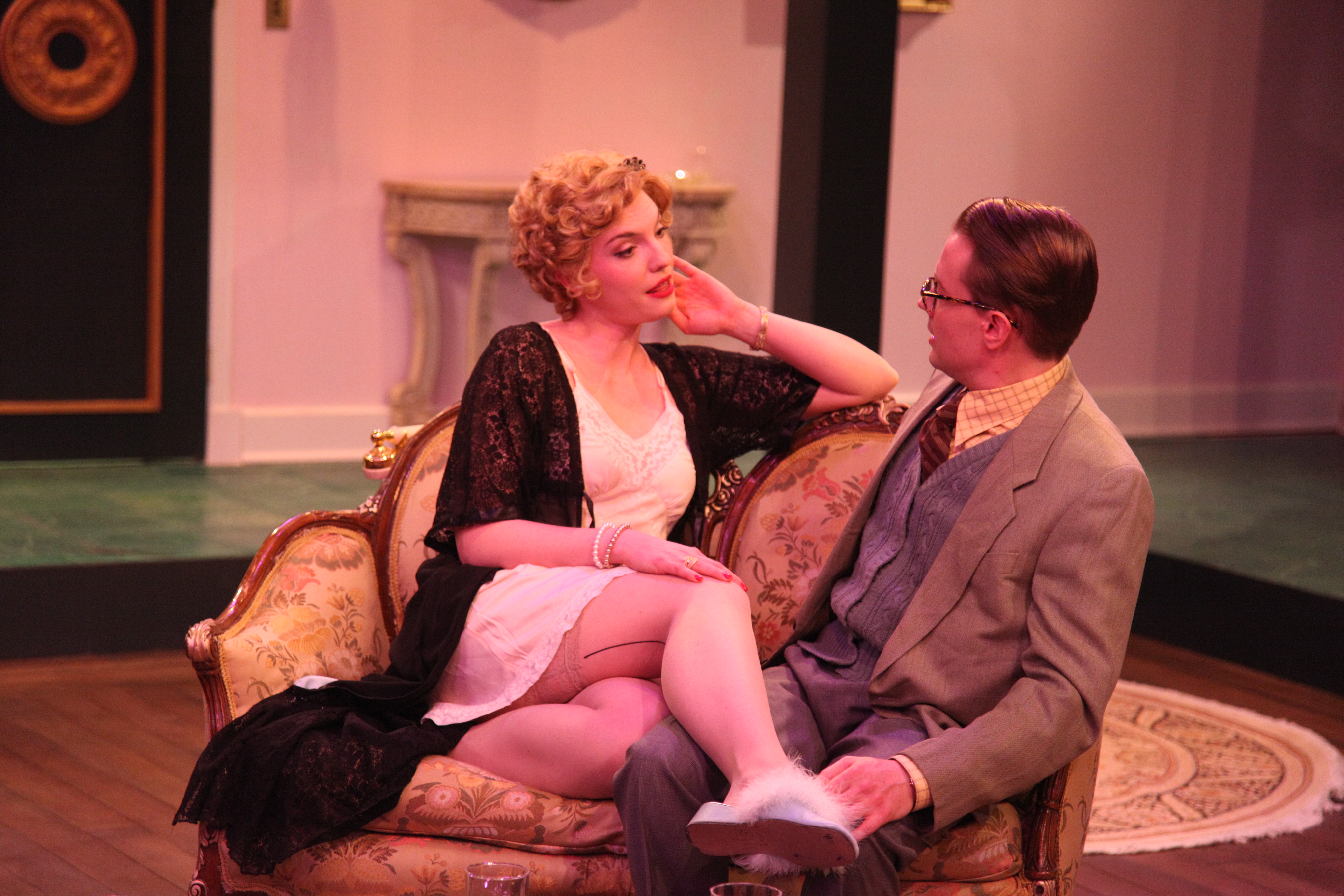 “Born Yesterday” by Garson Kanin is maybe the most quintessentially theatrical piece of theater I’ve ever seen: six white men talking about politics and democratic ideals with heavy continental, Jersey and Southern accents and a blond waif who cries when a man implies she’s thirty, all contained within a plush pink penthouse that costs $235 a night while drinking maybe as much in whiskey.

We’re in Washington, following World War II. Harry Brock (Sean Michael Sullivan) is a strong man, junkyard king and multimillionaire scratching out bribes in DC. Paul Verrall (Greg Matthew Anderson) is a young writer at the New Republic: highly educated and deeply ideological. Billie Dawn (Eliza Stoughton) is the aforementioned waif who reels between them, at first apathetic to Brock’s scumbag behavior though soon educated out of that neutral space by Verrall.

At its core, “Born Yesterday” is driven by the idea that our democracy is under fire from corrupt individuals but guided by the ground level folks (like Dawn’s unseen father) and all the others who can’t afford digs like the set here. The parallel between our political situation is clear.

But at the same time, the play is naive, not because it believes in hope but because it so totally fails to understand any complexities beyond simple bribery. Brock is stopped by Dawn’s awakened sense of education and individualism, which is allowed only via Verrall: she’s granted a leading role because of Verrall’s extensive work with her and her motives are often strung back to her desire for the writer. She is relegated to being Verrall’s intellectual stooge and wife instead of the heroine that she might have been.

The performances are strong though. Sullivan is vile and believable, never eliciting sympathy though maybe a bit of pity as a person out of time and options. Stoughton is wickedly sharp, playing her character smarter and fuller than the text could possibly suggest. Brock’s lawyer (Shawn Douglass) has some clever asides and plays a convincing drunk.

“Born Yesterday” is a pleasant night at the theater, but not much else. (Jay Van Ort)