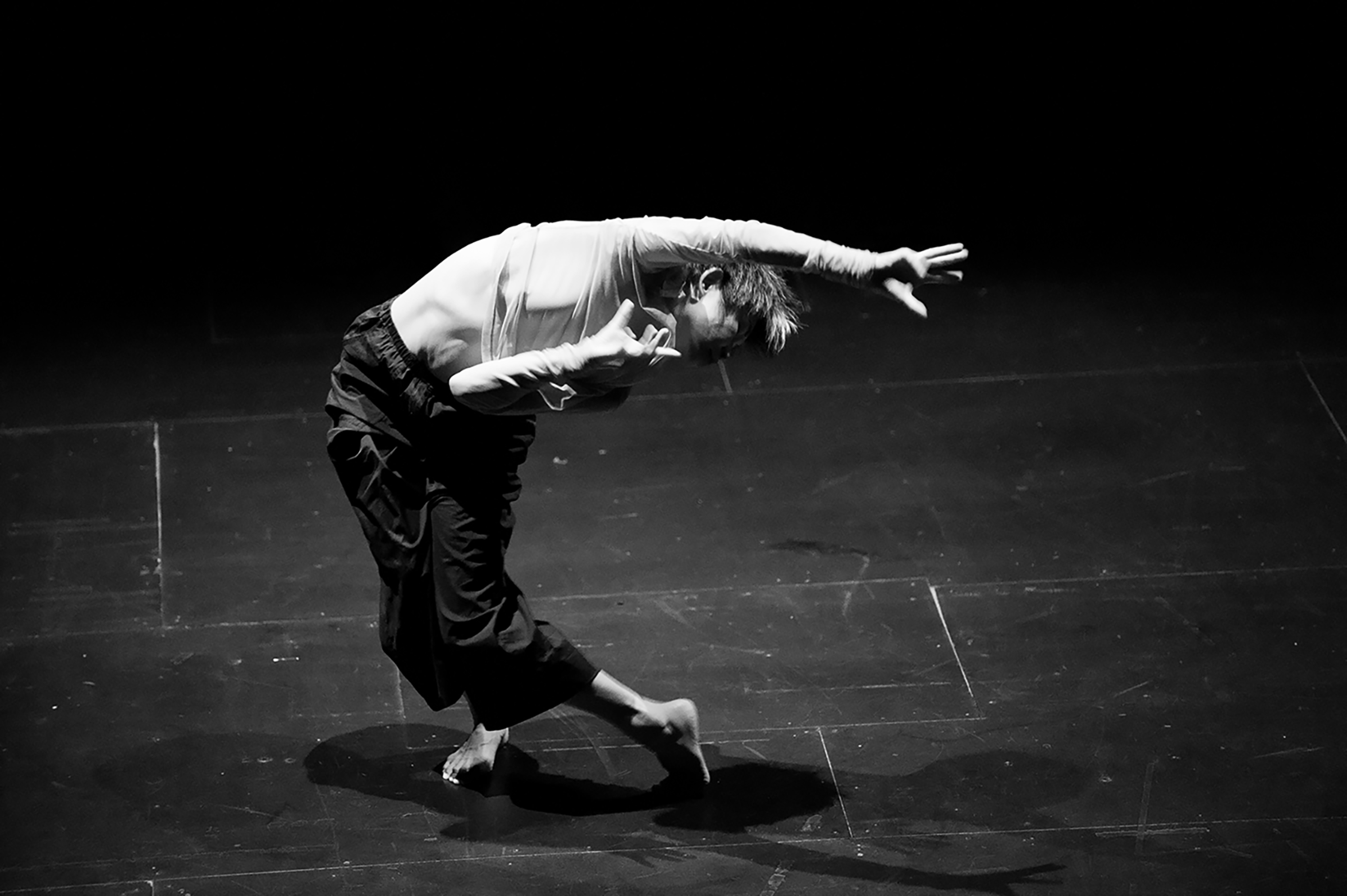 Butoh, the avant-garde performance form that arose in mid-twentieth-century Japan, has gained a growing foothold in Chicago over the last decade, attracting performers (and non-performers) of all stripes to a growing slate of regular workshops and performances. Sara Zalek is one of the driving forces behind Chicago’s now-flourishing butoh community, and the organizer of “Battles: SS3 Post-Butoh Festival,” running throughout the month of April at various venues around the city. The festival, in its third year, includes by-donation performances and low-cost workshops by national and international artists, as well as lectures, films and community dinners.

Butoh is typically pulled under the umbrella of dance because of its intense physicality… and the dreamlike abstraction of butoh shows may be more digestible to dance than to theater audiences. Yet it is most common to find theater folks and artists who do not categorize their work any more narrowly than “performance” at butoh workshops around town and on the stage. In an interview years ago, Nicole LeGette, arguably the first to introduce butoh to Chicago, corrected me from referring to it as a dance. That said, butoh is gaining recognition from Chicago’s dance community; Zalek was awarded a Chicago Dancemakers Forum Lab Artist Grant in 2016 and one can regularly find butoh artists on the seasonal calendar at the Dance Center of Columbia College. Zalek attributes the growing popularity to an increase of performance art and artists in Chicago at large. “Performance is now happening all the time and it’s hard to keep up with all that’s going on,” she says. So what is it about an art form that arose as response to the Westernization of Japan after World War II that speaks to a growing contingency of artists in twenty-first-century Chicago? Perhaps it has something to do with the ethos of resistance—to assumptions, to reduction, to categorization—that underpins the form. “Transformation is at the root of a lot of butoh work,” Zalek says, “whether it’s traditional—if traditional is a thing with butoh—or if it’s non-, it’s always working on the theme of transformation. There is a clash we want to work with and against… we want to demonstrate we’re not happy with what’s going on and we want to push transformation.”

Clashes are the theme of the SS3 festival (SS stands for Spawned Seeds, appropriate for the season). Zalek says, “The word battles keeps coming up for me in all kinds of ways—it could be one of those things where you think of something and you find it everywhere—but I think it’s used a lot in language right now. Our social and political climate is that we’re going to fight—I’m against you or you’re against me. I want to reveal what’s underneath that or expose possible alternative ways to approach adversarial relationships. Instead of being ‘I’m right, listen to me,’ how can we be more empathetic to someone else and be open to a deep listening? Part of the theme ‘Battles’ is the idea of reparations: how do we repair after the battle is over? I have no idea if it’s even possible to have those kind of relationships. I even see in my own arts community; there are all kinds of clashes because support is diminishing and people are fighting for their piece. This very individualistic idea, how can we transform it into a collective idea? How can we support one another even when we disagree and rise up together?”

Deep-seated, complex problems of society and the human psyche are not always best met directly. Butoh is constantly shifting, forever off-kilter, seeking both new questions and new ways to pose questions. As butoh is adopted by artists of different cultures, backgrounds and experiences, it becomes increasingly plastic and difficult to define. And therein lies the magic and the possibility. “The fact that it’s a non-codified dance, it chooses to be enigmatic, it chooses to defy description… it’s very squirmy and I love that,” Zalek says. “I love things that constantly move away from answers and toward more questions. There’s a contradiction at the root that is very rich. I have a beginner’s-mind philosophy; as soon as I think I know something I ask, ‘what do I still not know about this? How can I approach this as a beginner?’ An inner devil’s advocate to always challenge what the truth is.”

The mode of constant questioning becomes a method for cultivating compassion. “It goes back to the shadow self,” Zalek continues. “The need to always look inside and embrace the shadow. There’s an idea that within all of us there’s the dark side and the light side and in our cultural history we’re told the dark is bad, the light is good. So why does the dark always have to be bad? Why can’t we see the dark as our whole humanness? And the darkness of the other as something we can embrace and learn from, as a source of common ground. And then maybe we can see the good in our adversary and embrace their light too. If we can love that internal contradiction in ourselves perhaps we can learn to love it—or at least respect it—in someone else.”

The SS3 festival battles, featuring visiting artists Mari Osanai from Japan, Ken Mai from Finland and Paul Michael Henry from Scotland, alongside local and national performers, take place over three weekends at No Nation Gallery in Wicker Park, The Learning Machine in Bridgeport and the Japanese Culture Center in Lakeview. The visiting artists will each host a weekend of workshops at the Japanese Culture Center and High Concept Labs in Pilsen. A series of community dinners is in the works, with dates and details to be posted on the Butoh Chicago website as they develop. All are encouraged to attend and participate in the workshops. Zalek talks with excitement about a new student to her regular Sunday classes who had been wanting to learn butoh for years, but felt she wasn’t enough in touch with her physical body. Then one day she decided she was over whatever worries she had and showed up. In our interview, it was the story of this new student that sparks Zalek to remark, “there’s a sense butoh has a place in the overall community.”

Performances at No Nation Gallery, 1452 North Milwaukee, April 8 at 8pm; at The Learning Machine, 3145 South Morgan, April 15 at 8pm; at the Japanese Culture Center, 1016 West Belmont, April 29 at 7pm. Suggested donation. For info on workshops and more events, visit butohchicago.wordpress.com.