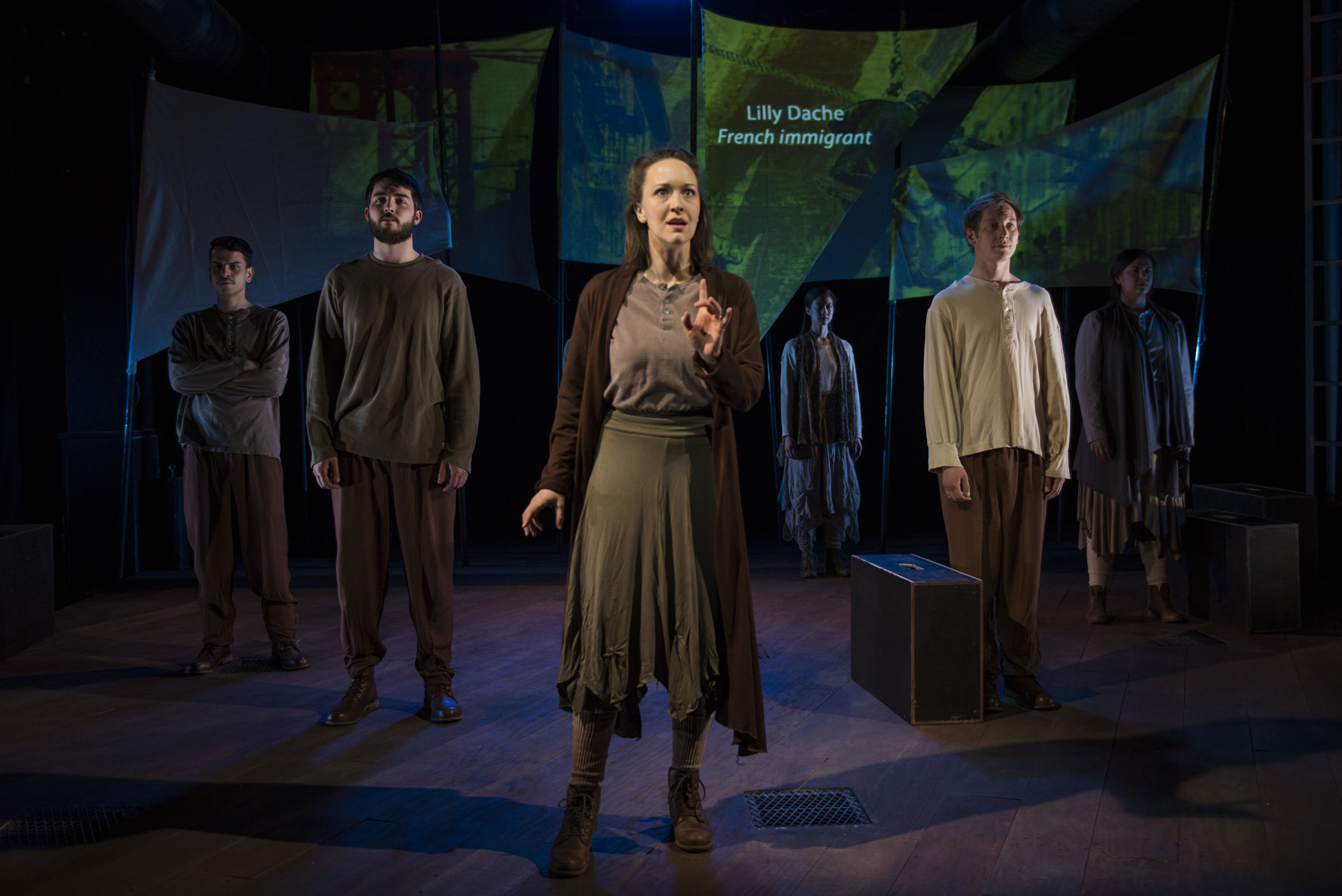 The politics of “In To America” align neatly with my own. The interviews with both voluntary and involuntary immigrants are broad. We hear from Native American, Polish, Thai and Cameroonian characters as well as others brought over in the diaspora. It’s not a propaganda-strewn romanticization of our country or its founders. The production has polish, well-oiled joints and seamless transitions between monologues. It’s also easy to look at: the projections on the sheets of cloth hovering over the back of the stage are somewhat relaxing, especially when accompanied by bird calls over the speakers. But “In To America” doesn’t function as theater.

Adapted from Ronald Takaki’s “A Different Mirror—A History of Multicultural America,” the play presents a series of monologues centering on immigrant experiences from the beginning of our country to now. These monologues are almost unerringly identical in presentation: the actors speak with an overarching sense of drama and channel the feeling that these subjects experienced. It’s almost an objective presentation. Few actors make character choices, defaulting to generalities instead. While this method may have worked to place the actors within the piece, the characters exist only as ideas of people without specifics to humanize them.

That is the fundamental flaw: we have no context for this piece. The case can be made that this subject is nearly timeless but “In To America” sounds like an educational text rather than Terkel-esque collaborative storytelling. The audience is not placed. The actors are not placed. There’s no sense that being here matters and as a result the experience is wholly stagnant.

Beyond that, this text is hard to move. These pieces are drawn from letters and journals and there are few storytellers in the cast. Juanita Andersen, Aneisa Hicks and Omer Abbas Salem are charismatic but they can’t quite save us from the tired experience. (Jay Van Ort)