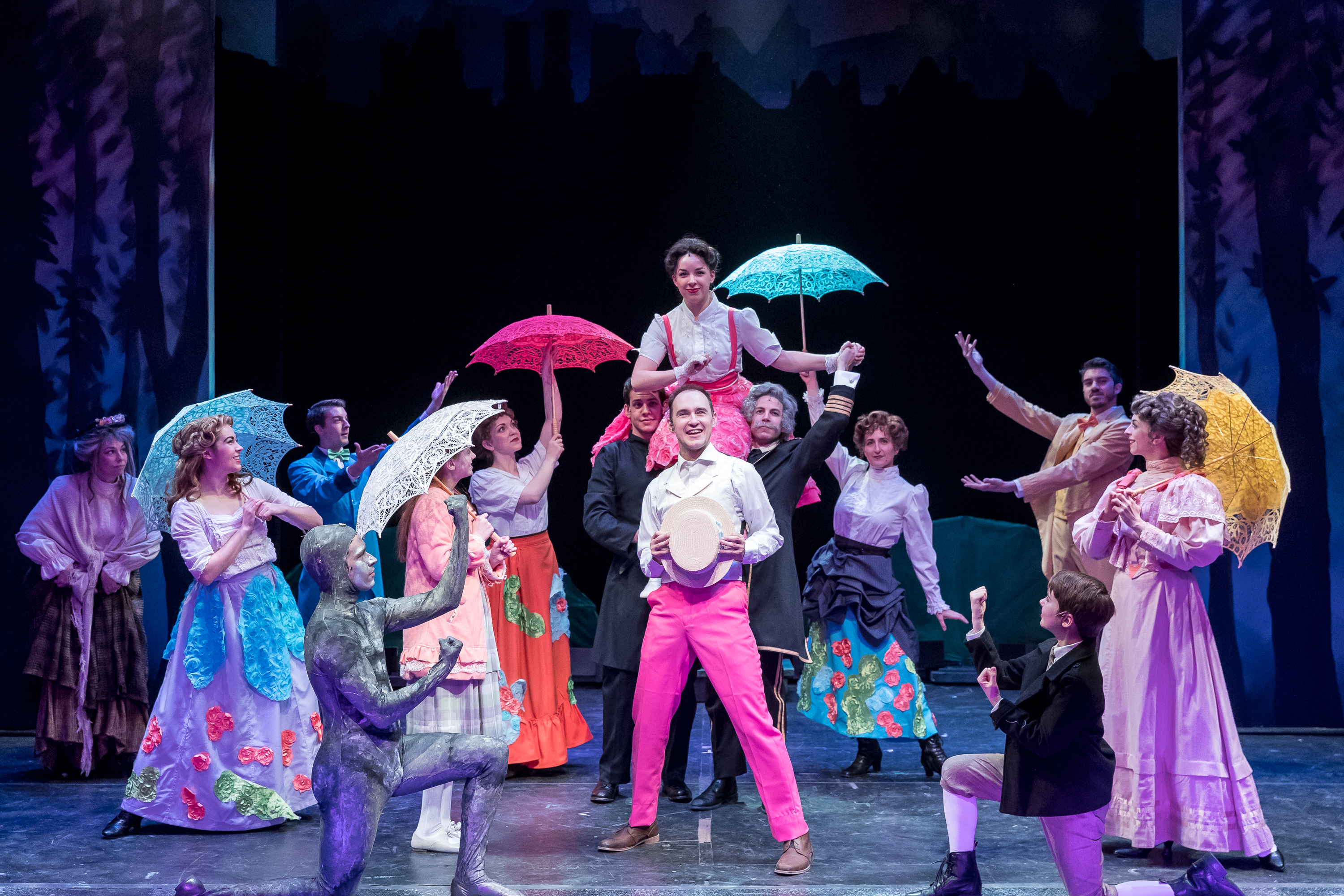 The Mercury is a small theater with a big heart. So when it decides to stage Disney and Cameron Mackintosh’s “Mary Poppins: The Broadway Musical,” believe that it will have moving set pieces, flying nannies and more tap-dancing chimney sweeps and park perambulators in pink than you could ever imagine swarming over a stage better designed for monologues.

Because of these disparities in scale, the fact that every singer is miked and the music they are singing over-recorded makes this production overloud and overdone, despite the certainty that enthusiasm in a musical is rarely a bad quality. Reformulating a story that has been supremely done in film by actors forever associated with those roles cannot have been an easy task; not to thoroughly explore the particular magic of the theatrical milieu seems profound negligence.

Perhaps this is the reason that what is most delightful about the production are its deliberately theatrical effects: the hand puppet that suffices for the dog Willoughby toted around by Miss Lark (the ever winsome Leah Morrow), the flashlights carried by the ensemble that serve as moving constellations in a late scene, the cabinets that topple and then right the dishes they contain, the visible wires on which kites and governesses take to the air.

Perhaps this is also the reason that the utter lack of subtlety in the portrayal of character makes the overall rendering cartoonish and flat. It is difficult not to be entertained but unfortunately just as easy not to be transported, notwithstanding the valiant efforts of the actors, especially Matt Crowle in the part of Cockney-voiced jack-of-all-trades charmer Bert and the talented Casey Lyons, who brings genuine life to Michael Banks.

As the eponymous mystery nanny, Nicole Armold is sweet and true of voice. Kevin McKillip is appropriately uptight as the stern dad on the verge of a psychological breakdown from his miserable upbringing that, of course, he is attempting to impart to his children. “Supercalifragilisticexpialidocious” is a rousing game of Scrabble. Like a crumb cake, there’s plenty to enjoy if you don’t care much for substance. (Irene Hsiao)