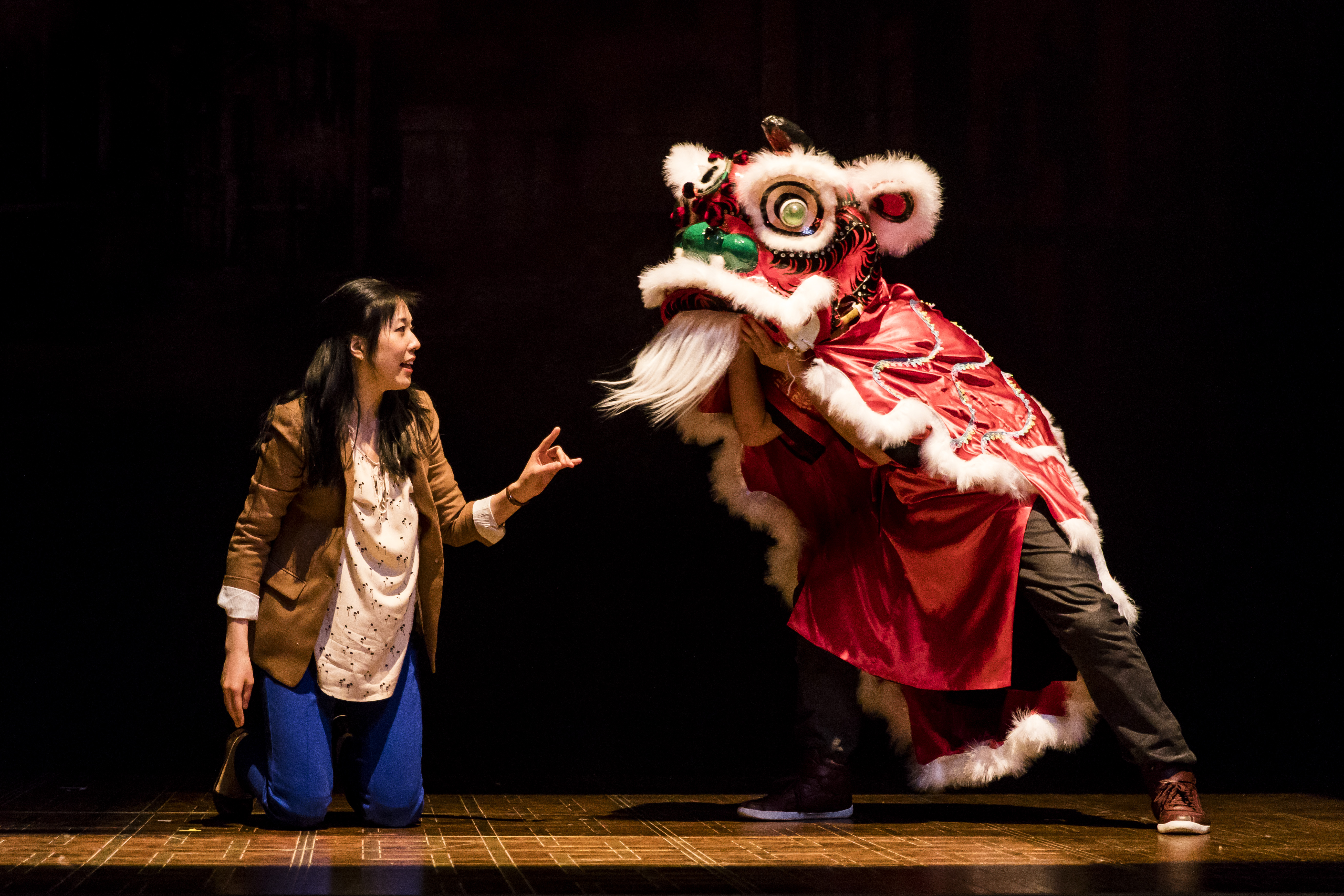 With two productions opening within a fortnight of each other at the Goodman and Steep Theatre respectively, it’s a good month to be Lauren Yee. Though if the content of her new metacomedy “King of the Yees” is any indication, the playwright’s success has done little to blunt her preoccupations with the finite nature of life and the limitations of human beings to express themselves. Mining her personal life as well as her rich imagination, “King of the Yees” is a freewheeling adventure that frequently acknowledges earthly concerns, framing them through a personal lens that becomes increasingly warped as we follow Yee down the rabbit hole of her conscience.

Of the noteworthy artists who indulge in meta narratives, Yee is close in spirit to Charlie Kaufman not just for her willingness to literally write herself into a story that then, per its own volition, spirals out of her control (think: “Adaptation” by way of Pirandello) but also for her willingness to dismiss the conventions of her medium altogether.

“King of the Yees” concerns the relationship between a somewhat impertinent Lauren Yee (Stephenie Soohyun Park) and her restlessly affable father, Larry (Francis Jue). Using the myths and histories (as well as one particularly notorious gangster) of San Francisco’s Chinatown, there are elements of this play that would probably work better within the borders of The Golden State or at least along the West Coast. Still, many of its best bits (an extended scene where two characters instruct each other on how to perform Chinese and Korean accents is worthy of any of the great comedy stages around town) and insights are drawn from Yee’s relation to her Chinese identity and heritage, as embodied by her father. In a play that extends its humors to jokes about the religious makeup of its audience, Yee’s play points to the importance of inclusion while also highlighting the follies that arise in trying to talk about race and ethnicity plainly.

As a work that is forever in progress, “King of the Yees” reflects honestly, openly and, most important, humorously on the incomplete nature of art-making. Most of what makes this play less fulfilling upon reflection (the start-stop nature of the action, the abrupt shifts from hallucinatory humor to sentimentality, the suspiciously juvenile behavior of the thirty-year-old main character) is built into its DNA and Yee has done an admirable job of not letting the meta-theatrics get too out of control.

As compared to its more modest production at the New Stages festival two years ago, this version wears its heart and budget very much on its sleeve, the latter ironically causing the work to feel more formal. At New Stages the play was performed in thrust; here the proscenium staging, even with actors entering and exiting through the aisles, highlights the separation between the audience and performers.

As compared to the delightfully lavish costumes (courtesy of the brilliant and impossibly busy Izumi Inaba), the projections (Mike Tutaj) feel gimmicky, a gratuitous budget line item that suggests that director Joshua Kahan Brody assumes audiences need assistance imagining Yee’s vision of Chinatown. Such is the way of things at the Goodman. The production’s maximalism leans literal even as the play itself joyously embraces the unexpected. (Kevin Greene)