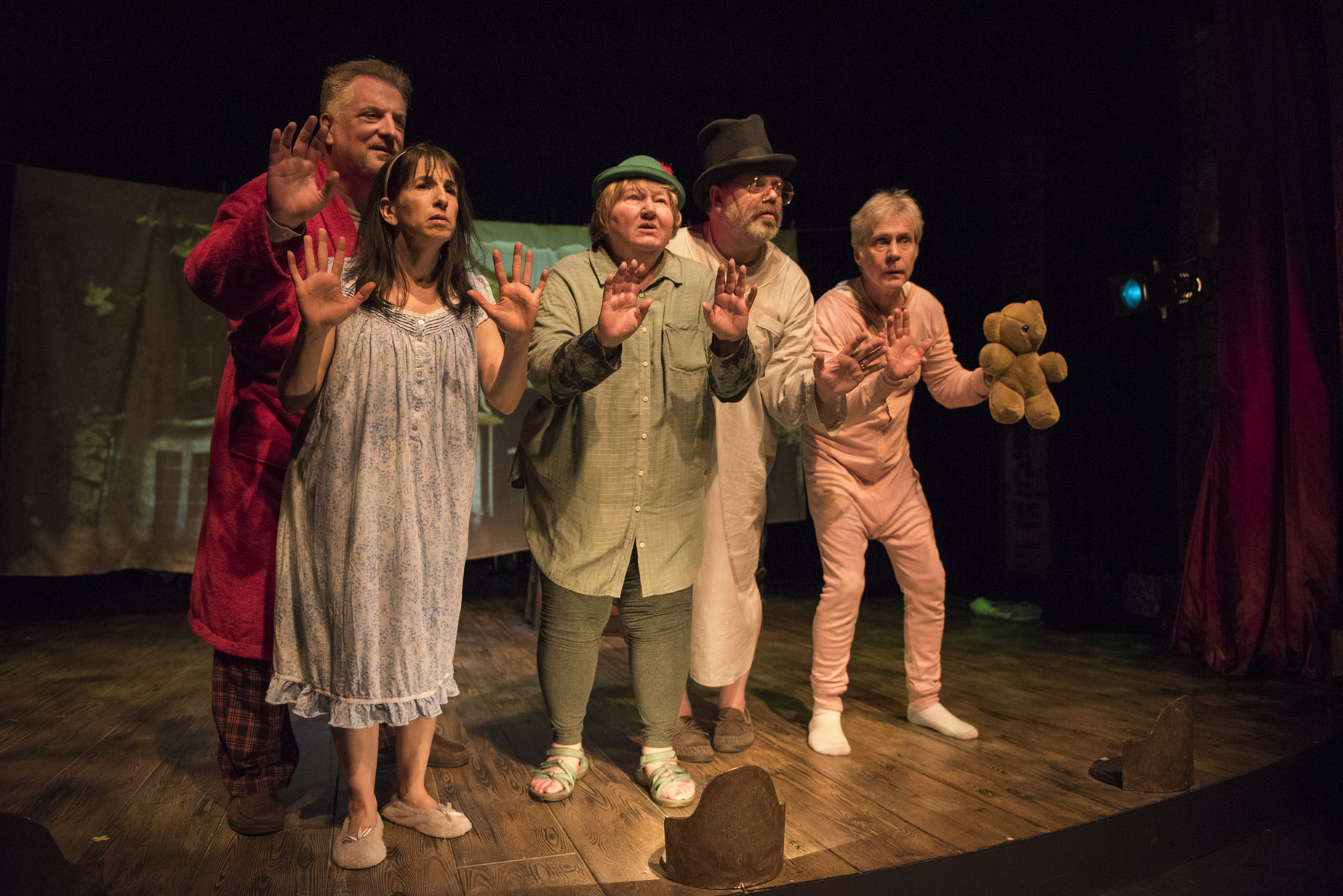 Sarah Ruhl’s “Peter Pan On Her 70th Birthday” is a play that attempts to encompass an entire life. Which is fitting seeing as how Shattered Globe’s production unfolds over the course of what feels like an actual lifetime. A meandering, indulgent and literally pointless musing on the meaning of life and death, “For Peter Pan” is the antithesis of its source material.

Perhaps this would not be so galling if the production did not ask for two basic quantities from its audience: time and money. The extent to which opening night left the impression of a production severely under rehearsed cannot be overstated. Both by the actors individually (Kathleen Ruhl stumbling over her very monolog-y opening monologue did not inspire confidence for what was to follow) and the ensemble as a whole (as a family they gave the impression of having never been in the same room with one another), Ruhl’s already awkward exchanges on politics (cliche: set your play in the past so as to amplify its modern resonances) and religion (Irish Catholicism here seems more a signifier of immoderate alcohol consumption than anything else), leadened by the heavy hand of her populist rhetoric, which makes space for the casual bigotry of conservatism (because all voices are worth hearing, apparently), were further stilted by lack of preparation.

Under Jessica Thebus’ direction the stage is cluttered with Ruhl’s excessive number of characters (and the addition of live dog, the play’s single saving grace) and clunky props used to awkwardly transform hospital room to dining room to bedroom and finally to Neverland, each new location more uninspired than the last. The production’s final twenty minutes also included a storefront approximation of flight about as exciting as it was original. No doubt, Shattered Globe lacks the budget of, say, The House Theatre, but this production suggests that as a company what they are really wanting for is far more crucial, especially given the thematic material: imagination.

I’m not sure what Ruhl could do to improve this play or if she’s even interested. No amount of spin is going to make “For Peter Pan” what it claims to be: moving, tender or personal. In fact, it is the exact opposite of those things. In its generic state, it is guaranteed to thrash unsubtly at the heartstrings of anyone over the age of forty who might describe themself as “young at heart,” more a calculating insight into the demographics and delusions of the theater community at large than anything even remotely resembling sincerity.

There is simply no amount of fairy dust available in all the lands to conjure a less inspiring vision than this. (Kevin Greene)