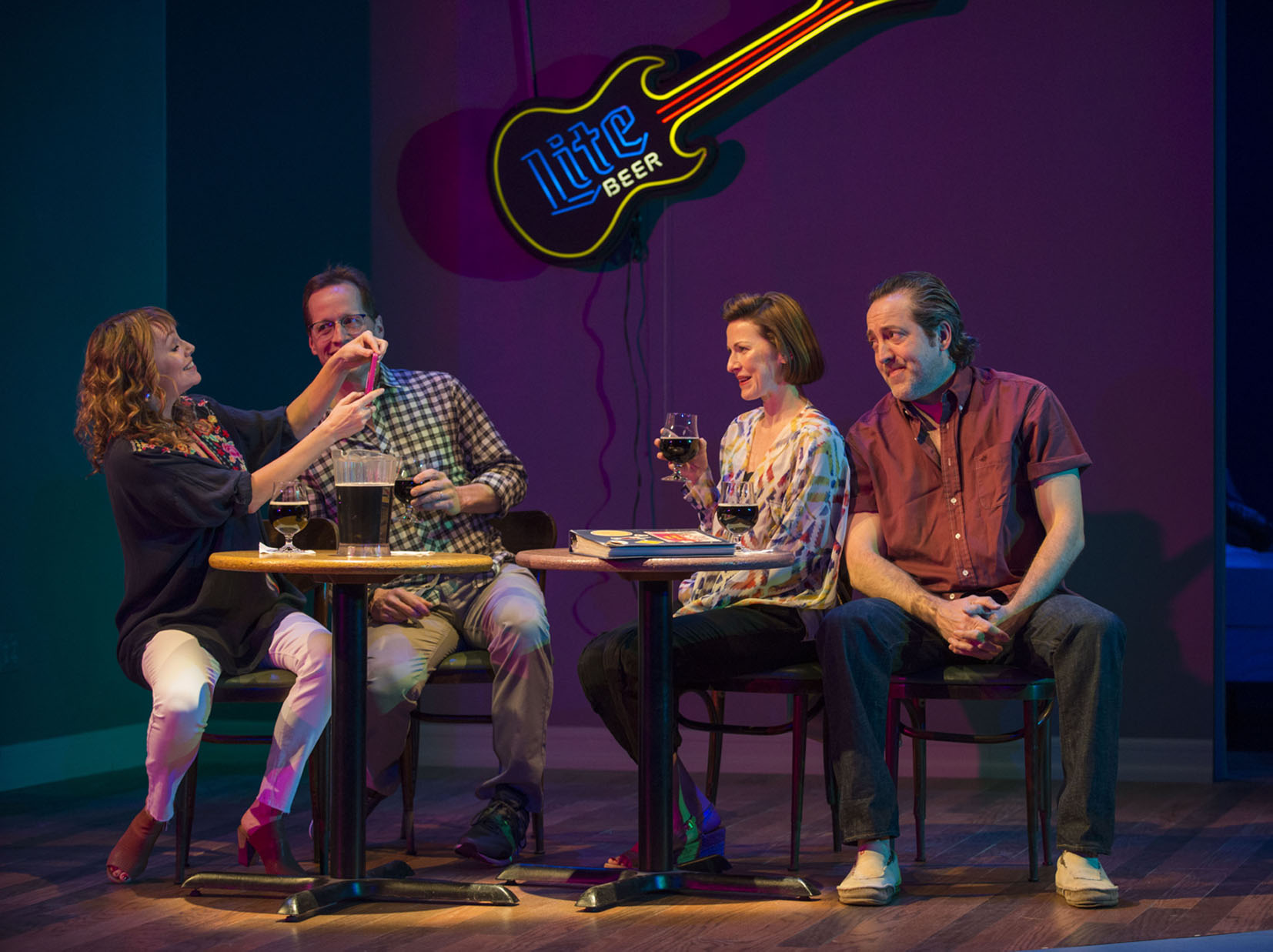 In Tracy Letts’ entertaining new play “Linda Vista,” currently making its world premiere at Steppenwolf, the phrase “broken, joyless, with no prospects and past his prime” are used at one point to describe the main character, Wheeler (Ian Barford). In other words, this guy’s life is a mess; a “hot mess,” which is a phrase Wheeler despises though it perfectly describes him in middle age.

In the process of divorcing his wife, Wheeler moves from a cot in her garage to a modest apartment in Linda Vista, an apartment complex in San Diego. This move starts off promising. His close friend Paul (Tim Hopper) and his wife Margret (Sally Murphy) set him up on a date with Jules (Cora Vander Broek), a life coach who is a big ray of sunshine and positivity, hoping this will help Wheeler get out of his depressing rut. However, in pure Wheeler fashion, where happiness enters, self-destruction follows.

It is only when he is hurt by Minnie (Kahyun Kim), a young Vietnamese neighbor he forms an unexpected bond with, and is fired by his boss (Troy West) from his job at a camera store over defending his co-worker Anita (Caroline Neff), that Wheeler is left alone to grapple with the reality of what he needs to change.

In this play, Letts demonstrates that maturity does not come with age. For some people it is a reluctant journey. Sometimes only continuous mess-ups, loss and being left alone to wrestle with who you are can propel you into maturity. It is a concept that Letts writes realistically and honestly. Combined with the acting and Dexter Bullard’s direction, you often forget these are characters and not real-life people.

However, the play is not without problems. The relationship between Wheeler and Minnie is not built up enough to justify Wheeler’s sudden, extreme love for her or his intense emotional breakdown upon her leaving. It seems contrived.

And one of the most troublesome problems of the play is Minne’s character in general. It is no secret that Letts is known for writing less-than-pristine characters, the great majority of whom are white. With Kim being the only actor of color in the cast her character seems to fit less into Letts’ not-quite-perfect characterization and more into an overused minority trope. Almost every other significant character has a moment of redemption except Minnie. It would have been great to see her have a similar moment.

But even with its imperfections, the play has a message in its comedy and it’s one worth hearing. (Loy Webb)