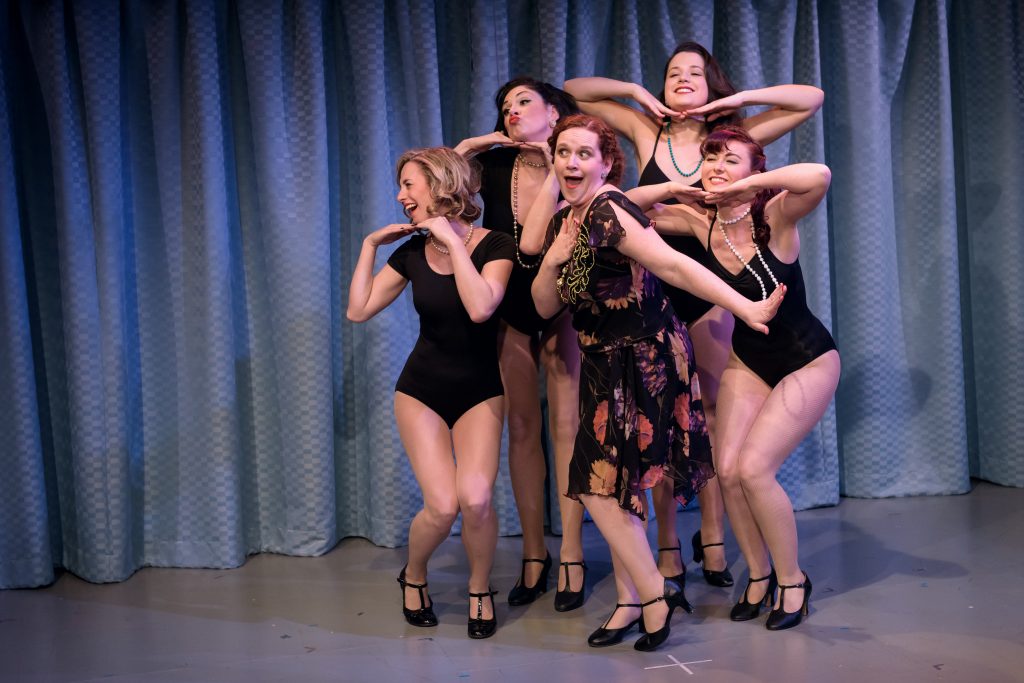 What becomes of a child star when they’ve outgrown their childhood? Are some actors just naturally gifted? Or is it all about the hustle, the climb to the top, pushing aside anyone who stands in the way?

“Born Ready,” a world premiere written by Stacie Barra and directed by Wm. Bullion, takes place in the era of “I Love Lucy.” Marion Kroft (Eleanor Katz) was the Shirley Temple of her time but now that she’s long outgrown her Gerber Baby stage, movie studios don’t know what to do with her. Banished to a life of variety-show host, Kroft is desperate to return to Hollywood stardom. Enter Harriet (Clara Byczkowski), a young dancer with comedic timing who aims to be at the right place at the right time.

Though the show has some great comedic moments, like chorus girls dressed in cereal boxes singing about their favorite breakfast treats, any casual follower of soap operas can see how the story of Marion and Harriet will unfold within the first five minutes of the show up through the second act. Luckily, subplots and supporting roles, especially the commercial breaks with the Announcer (Eric Roach), keep the show moving along until the characters catch up to the predictable plot and Marion becomes a little less “Days of Our Lives” and a little more “Murder, She Wrote.” The show as a whole might be stronger if the last half of the play was more developed than the first.

The set (designed by Eric Luchen) makes good use of the space, from cozy living areas to a studio office to a live taping.

With this being a world premiere, it’s evident a lot of work went into the production (choreography, set changes, musical numbers, etc.). The show exemplifies that most stars are simply not made (or born) to shine. (Mary Kroeck)