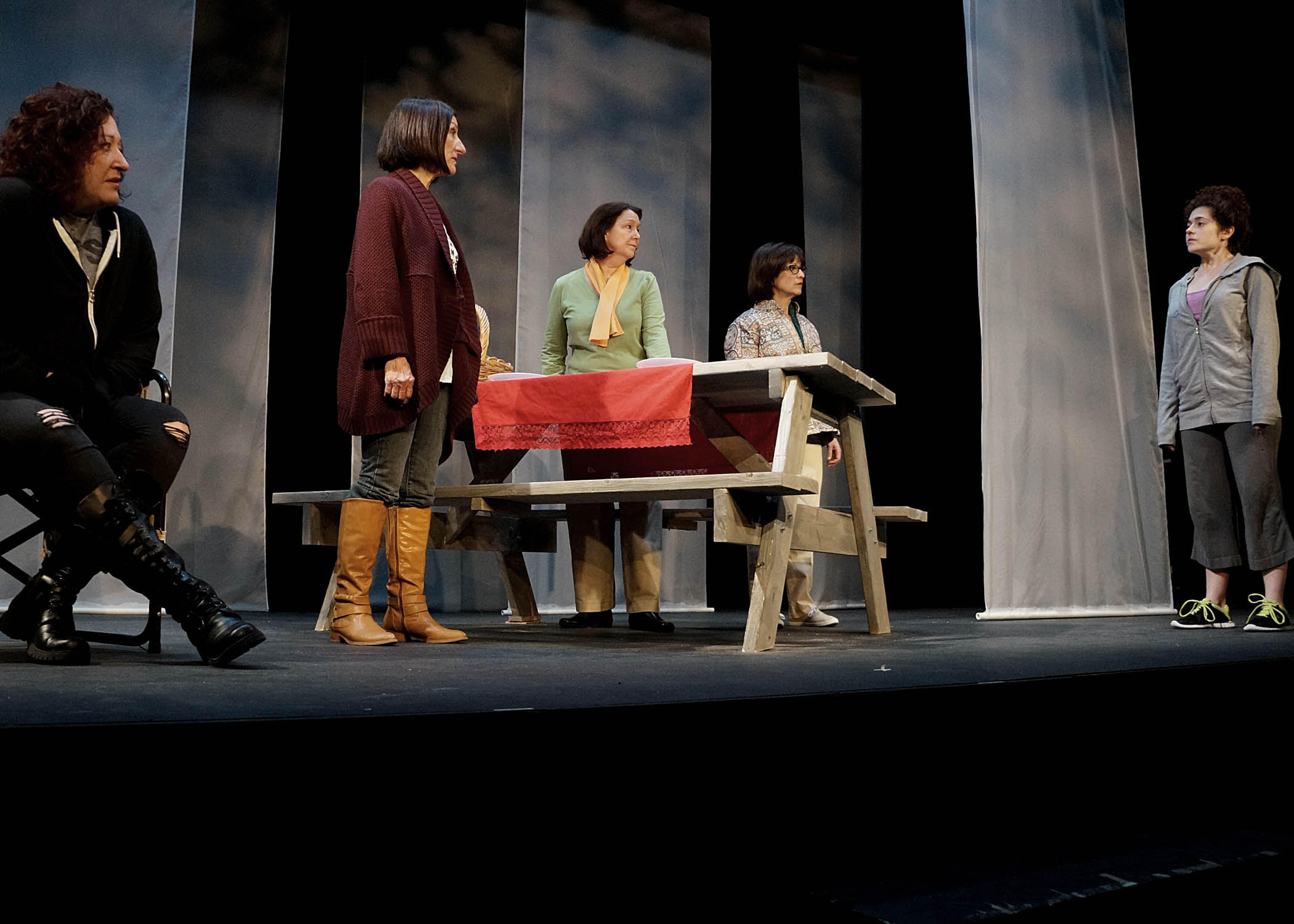 Told at various points in the life of Penny (Sarah Wisterman), what supposedly draws the five women of “Visiting” together is the history left by the unseen matriarch of their family. This history and their intimacy with it, however, is poorly communicated. Between the panicked, stock manic episode Penny suffers (complete with strobe lights and sirens, a motif that adds nothing to our experience of these episodes) and the long-winded monologues that each character has about their pain and traumas, there’s an admirable heart here, though it’s impossible to suss out any coherent meaning.

Part of this is due to the cast appearing underrehearsed (with the exception of Carin Silkaitis who livens up the show with real emotions). Additionally, the directing has these actors walking around translucent drapes or a picnic table when a character is supposed to be feeling… well, something.

But these pieces are problems of a show that has no train of thought. There is no real strand that keeps anyone engaged, including the actors. It is stiff, hard to watch and wholly unchallenging. The drama is high stakes: so much is revealed between Penny and her family, so much said but so little done. If you were to mark out moments of real action in the play, you might find only inoffensive bits such as bringing a cake out or drinking from a flask. Decisive movement in this play (both on the emotional and physical landscape) does not exist.

Playwright Ed Proudfoot seems to point out little more than the fact that mental illness makes people’s lives hard. And he didn’t even convince me of that. While the keywords of “mental illness” are constantly echoed by the actors, they ring hollow. (Jay Van Ort)