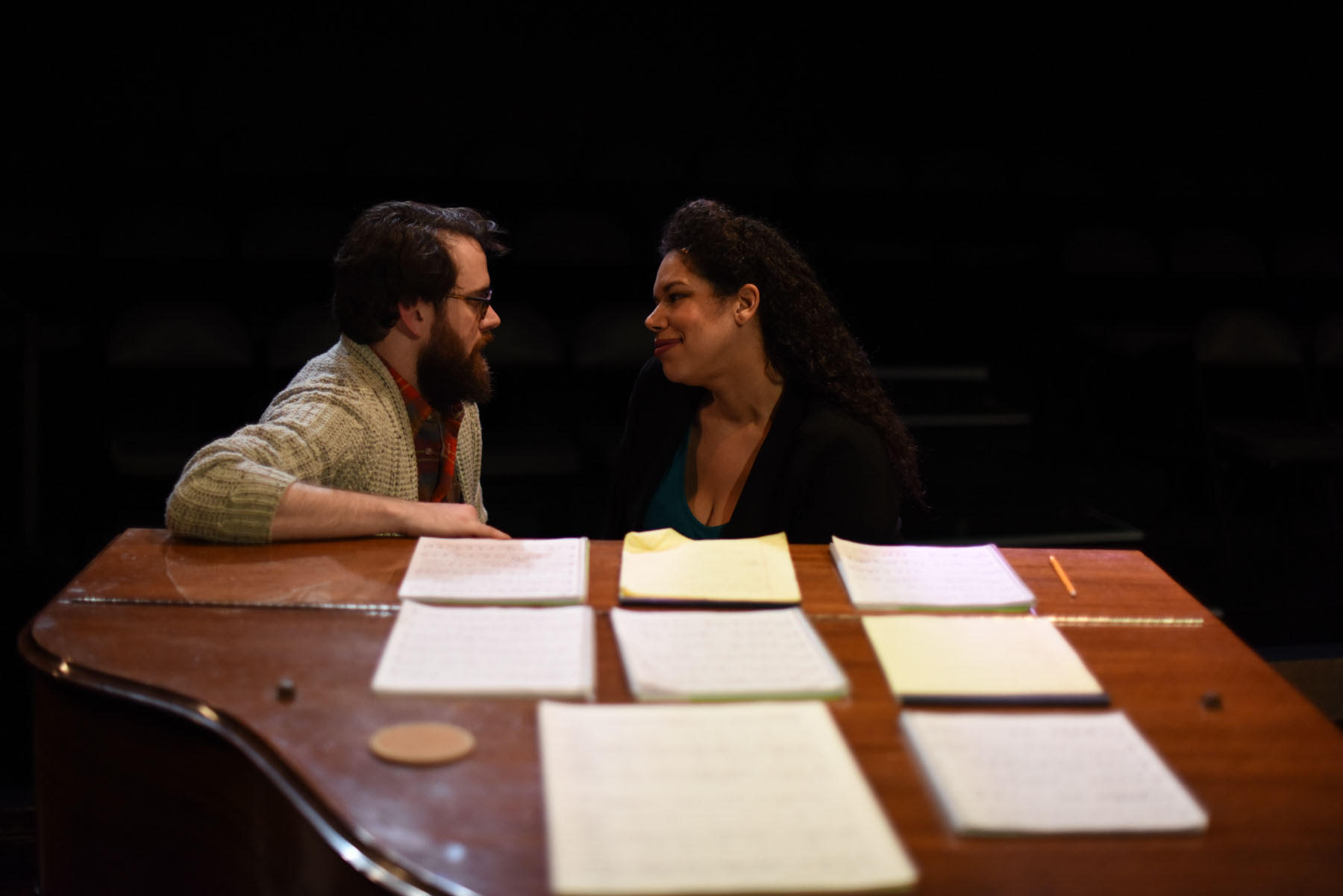 Every legendary Broadway composer has a trunk of fragrant songs in their attic that stunk to high heaven when embedded into musicals for which they spoiled the bouquet. That doesn’t mean there aren’t beauties. They just didn’t belong in that vase. Sondheim is no exception. Craig Lucas (who later wrote the book to “Light in the Piazza” and a whole bunch of other important stuff) was a chorus fella in New York musicals while waiting for his writing genius to be appreciated (poor guy, he had to be on Broadway just to make ends meet). He appeared in “Sweeney Todd,” became a buddy of Sondheim and convinced him to open up that trunk and let him arrange a discarded Sondheim recovery-review, a song cycle of purloined petunias that deserved their hour in the sun.

Starring himself. And a girl. Enterprising fellow, our Lucas.

What you need to know about Porchlight’s reworking is this: Austin Cook and Bethany Thomas. Whether you like the music that’s been added, the rearrangement and reassignment of songs or object to the fact that the story’s apex isn’t strong enough to have earned the chosen ending, a piece with this cast would be a highlight of any city’s theatrical season.

Cook has contributed to this refurbishment of the piece, even creating the orchestration. Cast as a composer and looking like a young, disheveled Sondheim, Cook plays brilliantly from the stage with a nice sense of phrasing. He is a serviceable singer of the Lucas ilk and has a pleasing presence.

As the photographer downstairs, Thomas has been becoming a star right before our eyes since before she could order a cocktail. What was always a powerhouse voice now whispers as well as shouts. The transits between the registers have become seamless and Thomas’ performance here shows her to be the finest dramatic-soprano-bass-baritone in the city. Astonishingly, she is even more breathtaking in silence.

Porchlight resurrects some fresh tunes, Cook plays all the keys and Thomas sings them, just in time for the tulips. (Aaron Hunt)