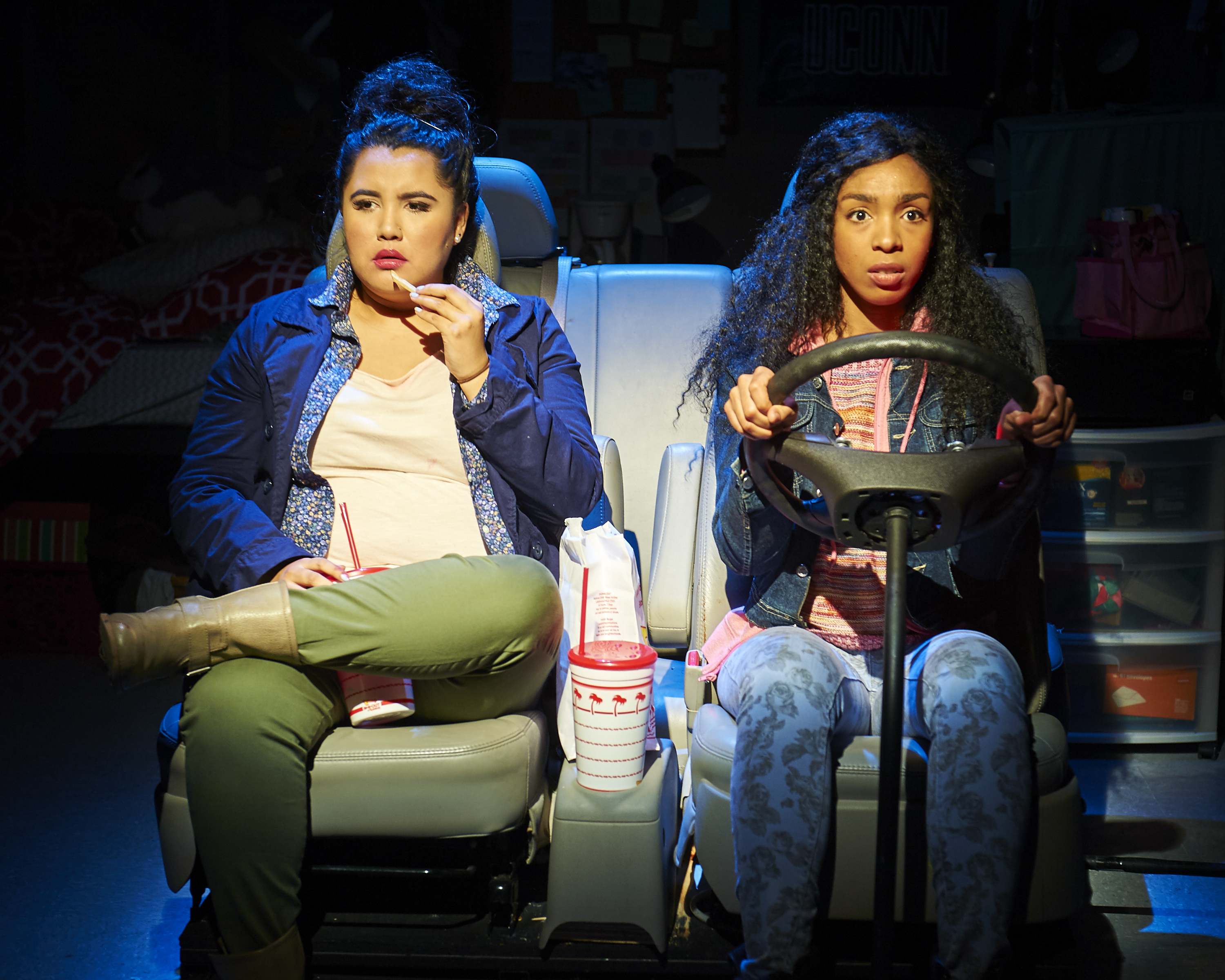 In many ways, Lauren Yee’s “Hookman” is the adolescent precursor to the more nuanced and bleak “In A Word,” which received an inventive and effective staging from Strawdog Theatre last year. “Hookman” is an exploration and expression of trauma and feels a lot like living inside a nervous breakdown, an effect director Vanessa Stalling, with the help of a very game and talented collection of behind-the-scenes artists, invests much energy into. While Steep’s production has plenty of surprises both campy and horrific (often simultaneously), the play overall lacks clarity.

As is so often the case in Yee’s work, representation and meaning are slippery things. As allegory goes, the horrors of the horror genre are almost always manifestations of inner anxieties, whether they are culturally imbued or deeply personal. And so the titular Hookman is both the predatory behavior of men and the guilt that Jess (Kiayla Ryann) feels for what happened to her friend Lexi (Karen Isabel Rodriguez). Yee finds crossover potential in the fetishized gore of the genre and the taboo of menstruation. In the world of “Hookman,” women are objects of desire and repression. And so while the play makes repeated reference to Joan Didion’s “The Year of Magical Thinking,” it actively channels the writings of Laura Mulvey.

And yet, Yee’s play embodies the growing evolution of the horror genre as it acknowledges the lens of its past and as more women become involved in its creation. Yee’s play may be in part about the devastating ambivalence of men but it is also about the relationships between young women. As casual frenemies of the protagonist, a string of uncannily excellent performances from Aja Wiltshire, Sasha Smith and Mary Tilden, young actors with already impressive comedic and dramatic cred, lend focus to Yee’s patchwork of narrative and thematic ideas. Where “In A Word” was deadly serious in its reflections on loss, “Hookman” is replete with dark humor.

As can be said about much of Yee’s ambitiously conceptual work, “Hookman” imparts a sense of being unfinished. It is wanting for the narrative thread of “King of the Yees” or the emotional balance of “Samsara.” Still, it’s a fun, quick, technically adventurous piece sure to appeal to steely stomached audiences. (Kevin Greene)