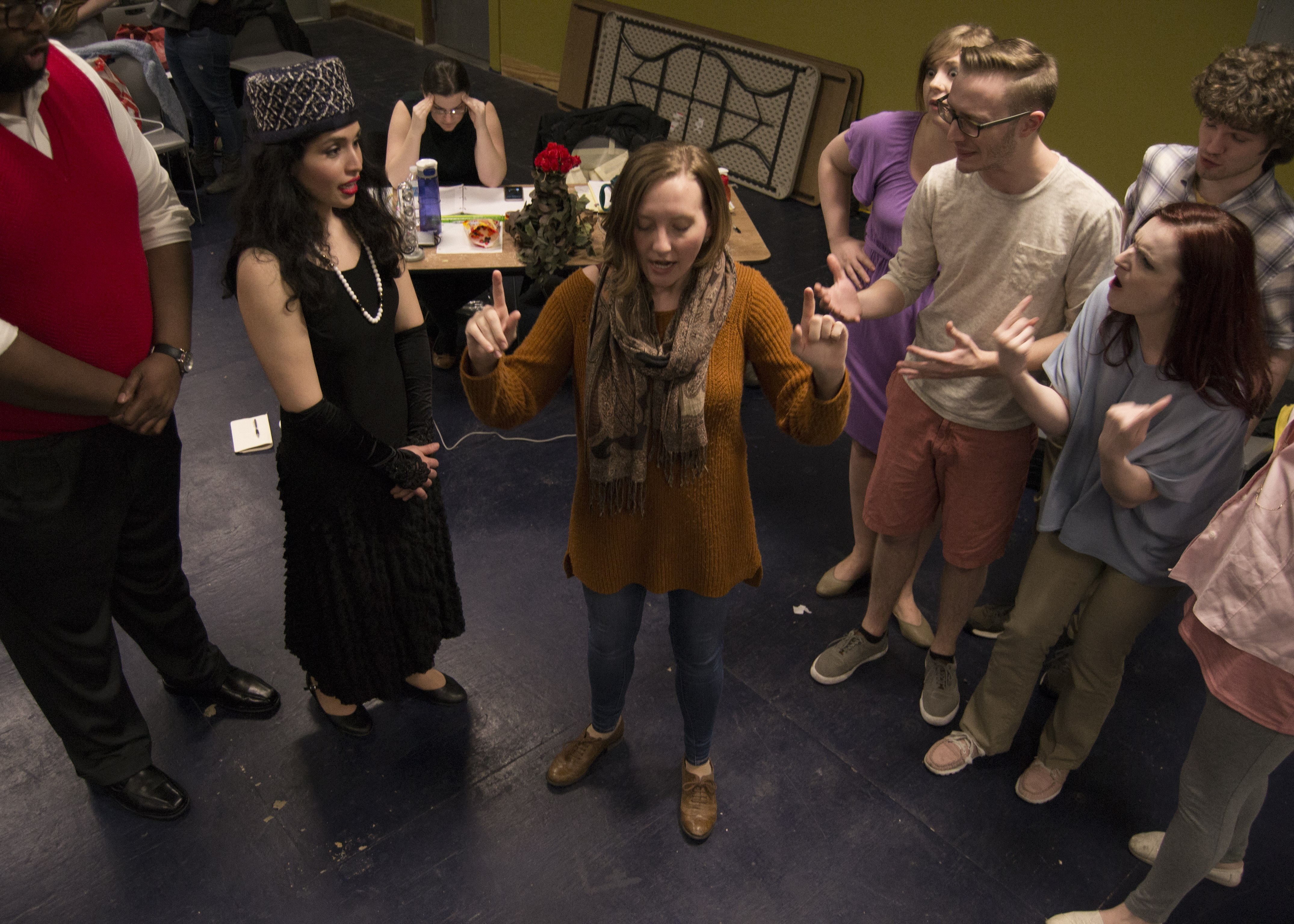 The cast of “Six Characters in Search of an Author” at Ghostlight Ensemble/Photo: Katie Jarecki

A play within a play within a play—that’s the vertigo-inducing premise of Pirandello’s anti-theater masterwork. Ever since its 1921 premiere, “Six Characters in Search of an Author” has startled theatergoers for daring to treat the stage not as an illusory world or a mirror to nature but rather as a prism-splintering reality into myriad layers and perspectives.

Lacking risers and lighting and with blocking so haphazard that many lines are swallowed whole, this production of “Six Characters” by the brand-new Ghostlight Ensemble barely qualifies as professional theater. But director Maria Burnham’s shaggy, funky approach suits the material, which is among other things an assault on the conventions and clichés that have reduced the modern stage to a bourgeois diversion.

The play’s famous conceit is to separate the characters themselves from the actors who fruitlessly try to embody them. Wandering into the rehearsal space for a supposed production of another Pirandello work, the six members of an epically unhappy family insist that the company script and present their tragic and morally ambiguous tale.

“What do you want?” demands the tough director, played by a convincingly all-business Nellsyn Hill. “Only to live,” replies the polite but unbudging patriarch (Norman J. Burt).

And live they do, thanks to good casting and a strong directorial concept. The actors are lily-white millennials caught up in careerist one-upmanship. The free-floating characters, meanwhile, are persons of color, whose messages are distorted, censored and exploited by an indifferent society.

The production has issues beyond the technical ones. The actors’ “offstage” badinage, full of local theater in-jokes, goes on too long and positively simpers next to Pirandello’s own rich and formal language. And one wonders why the director has tinkered with the play’s finale, killing the Pirandellian suggestion that the story has not so much ended as seeped into the larger world.

But the excellent moments outweigh the less successful ones, as when the quasi-incestuous, family-wrecking encounter between Father and Stepdaughter (portrayed deliciously by Peruvian actress Alejandra Vivanco) is played essentially for laughs by the clueless actors (Andy Ricci and Miona Lee). In scenes like this, the production captures the gap between artistic impulse and finished product and between our own sense of self and others’ stereotyped perceptions. By exposing the fakery of theater, “Six Characters” paradoxically reveals its capacity for truth. (Hugh Iglarsh)