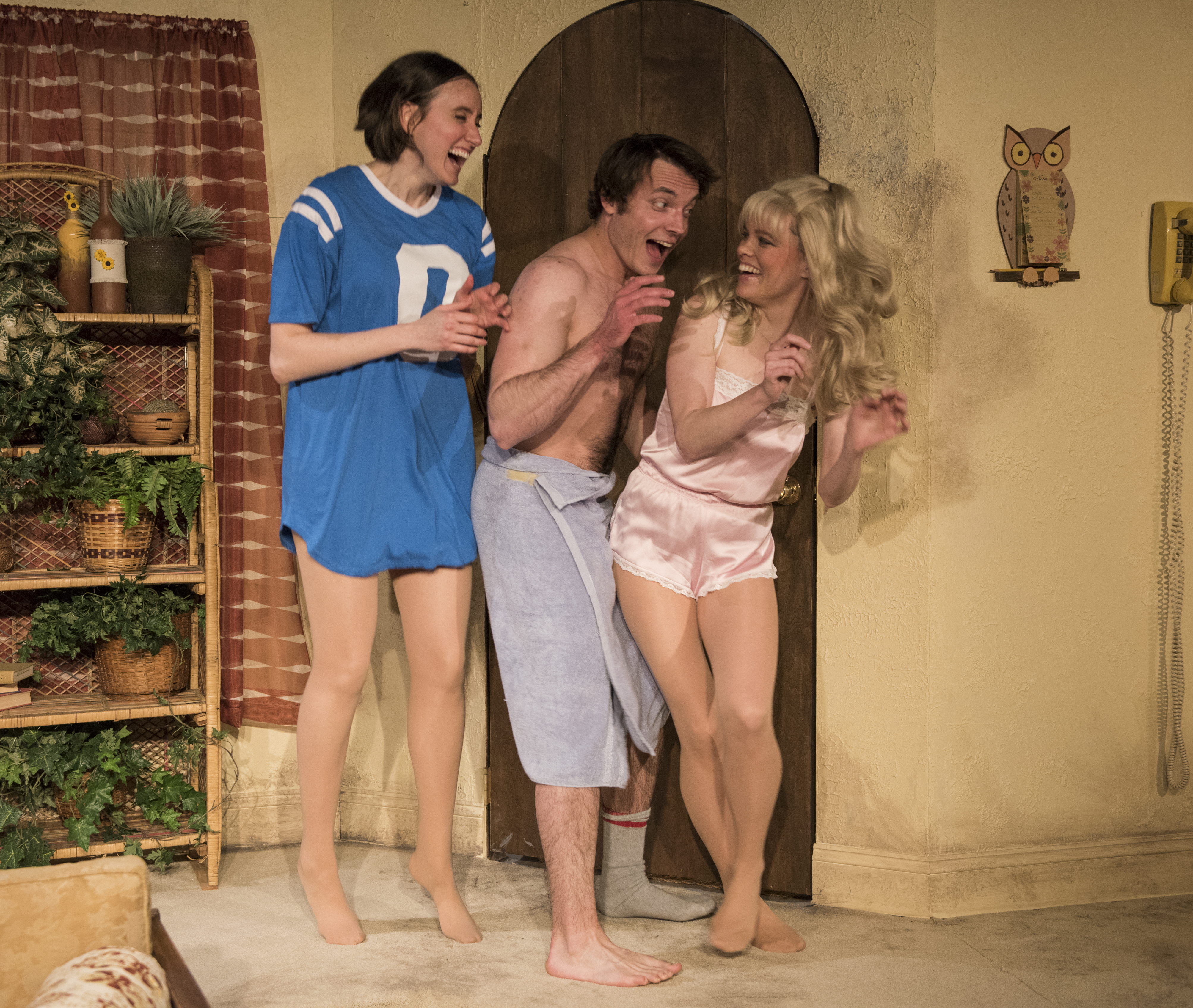 David Adjmi’s “3C” isn’t really about anything in particular and that seems to be the point. Nor does he seem to be particularly motivated to make any kind of a point with his play, which comes off as refreshing thanks to the talents of the cast and Shade Murray’s unique directorial vision of this Chicago premiere. Besides gesturing loudly toward casual homophobia and misogyny, the play steers its cheeky, absurdist brand of feminism toward that reprehensible American past time known as “jiggle vision” and gives it a casual half turn. Essentially, “3C” is what “Three’s Company” would have been if Harold Pinter was its showrunner: a delirious sequence of nonsequitors, physical and verbal gags punctuated by violence and existential dread.

Revolving around the lives of roommates Linda (Christina Gorman), Connie (Sigrid Sutter) and new addition Brad (Nick Mikula) as well as an assortment of recognizable visitors (Jennifer Engstrom, Lawrence Grimm and Steve Haggard), “3C” lives on its character work. Sutter is the perennially monotoned Valley Girl who offers casual philosophical asides. Gorman warmly embodies the uptight Linda and gives a masterclass on a litany of seventies dance moves. Laden with the least amusing character, Nick Mikula doubles down on Brad’s repressed sexual identity and offers dramatic counterpoint to the ongoing antics. Elsewhere, Engstrom steals the show, Grimm is positively terrifying and Steve Haggard does not get naked (though someone else does).

There is a very real possibility that the humor of “3C” won’t be to everyone’s taste. Admittedly there is no through line, narratively or even thematically, and the play ends as abruptly as it begins. But in a time where so much art strains for timeliness or contemporary relevance only to fall awkwardly short, A Red Orchid delivers a high dose for what ails ya: laughs. (Kevin Greene)