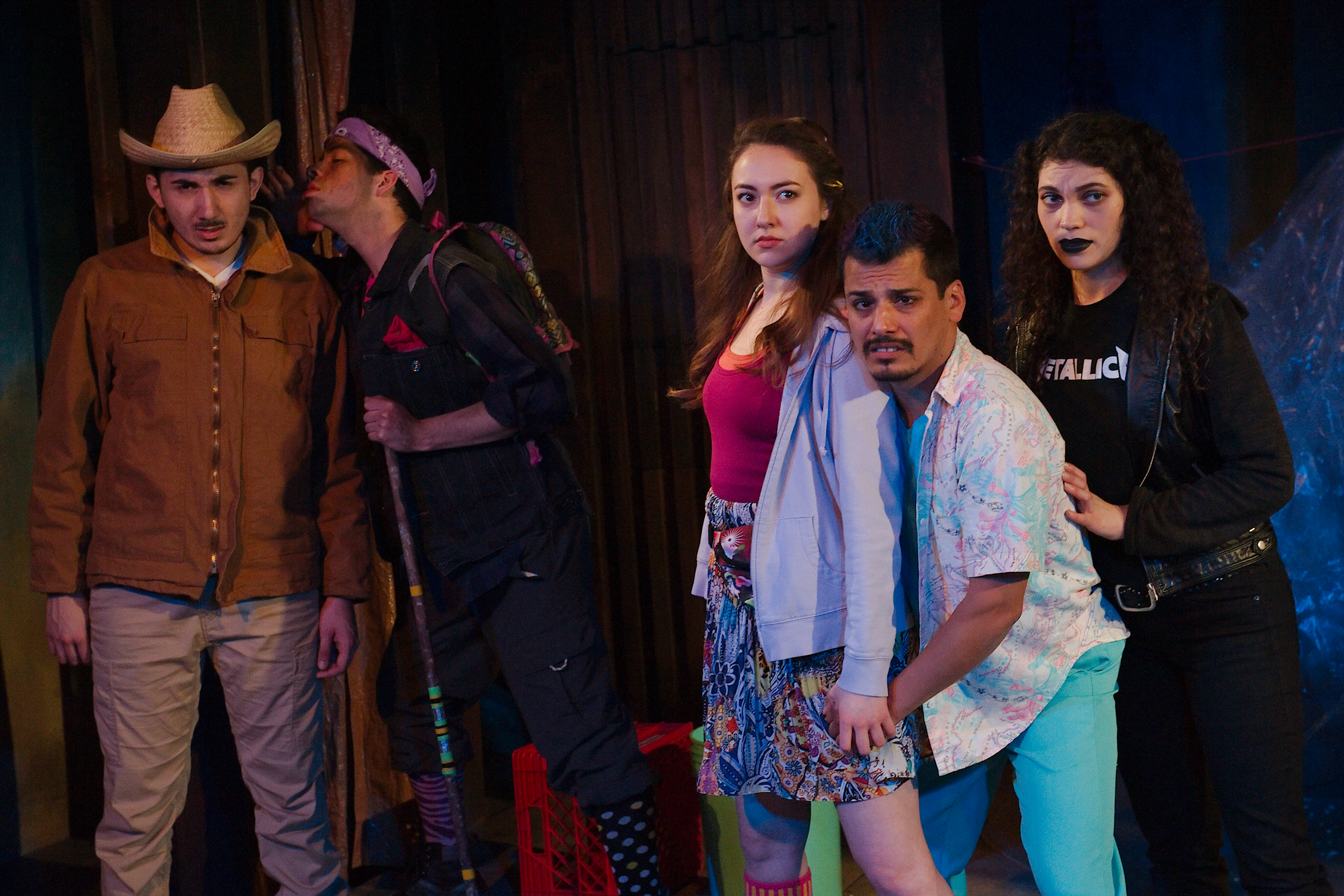 A nineteen-year-old warrior, an orphan and a gay guy walk into a taco joint… Well, actually the gay guy owns the restaurant, the warrior works there and the orphan is her best friend. A narco and a cop show up and rob the place at gunpoint. End of story? Nope. It’s just the beginning.

Instead of laying low and being swallowed by the fear of these bad guys taking over their town (Tres Camarones, Mexico), the warrior Nayeli—yes a GIRL!—has an idea: what if she could travel to el norte, find her father who is living in Kankakee, Illinois and form a band of seven magnificent warriors to come back to Mexico and have them defend the town, just like in “The Magnificent Seven”? The plan sounds simple enough, except for one thing: crossing the border to get into the United States. Luckily, Nayeli’s aunt Irma (Laura Crotte), a bowling champion, has crossed the border and returned safely. She has faith Nayeli and her team can do the same.

“Into the Beautiful North” is co-directed by 16th Street’s artistic director Ann Filmer and Miguel Nuñez. Karen Zacarías (author of “The Book Club Play”) wrote the adaptation of the book written by Luis Alberto Urrea. This production is one of four across the country in a rolling world premiere.

Watching this show is like seeing a Mexican superhero-comic-book adventure play out on stage in some of the best possible ways. The adventure team includes two badass chicks–Nayeli (Ilse Zacharias) and Vampi (Allyce Torres)–and a super-colorful, super-funny gay guy named Tacho (Esteban Andres Cruz). As they go on their journey, they meet other characters. Some are helpful, others not so much but all are beautifully written and developed. These characters are portrayed by an outstanding group of four actors (Brandon Rivera, Miguel Nuñez, Andres Enriquez and Juan Munoz) who each play between four and ten characters apiece (including Johnny Depp as Jack Sparrow, who Nayeli dreams of kissing).

Then, there’s the set, designed by Joanna Iwanicka. At first glance it doesn’t appear to be anything special, just a space that looks like an outdoor shack or patio out of an old Western film. Scene by scene it unfolds with wonderful surprises—walls that become windows and tunnels that lead to secret passageways. With a little imagination, it even becomes a bus.

As Nayeli struggles to pick her magnificent defenders of Tres Camarones, she is overwhelmed by her choices. Then Irma tells her, “Pick the ones like you, that know that borders are imaginary and everything is possible.” Wouldn’t it be great if we could all be the ones Nayeli’s looking for, the kind of people she would want on her team? (Mary Kroeck)