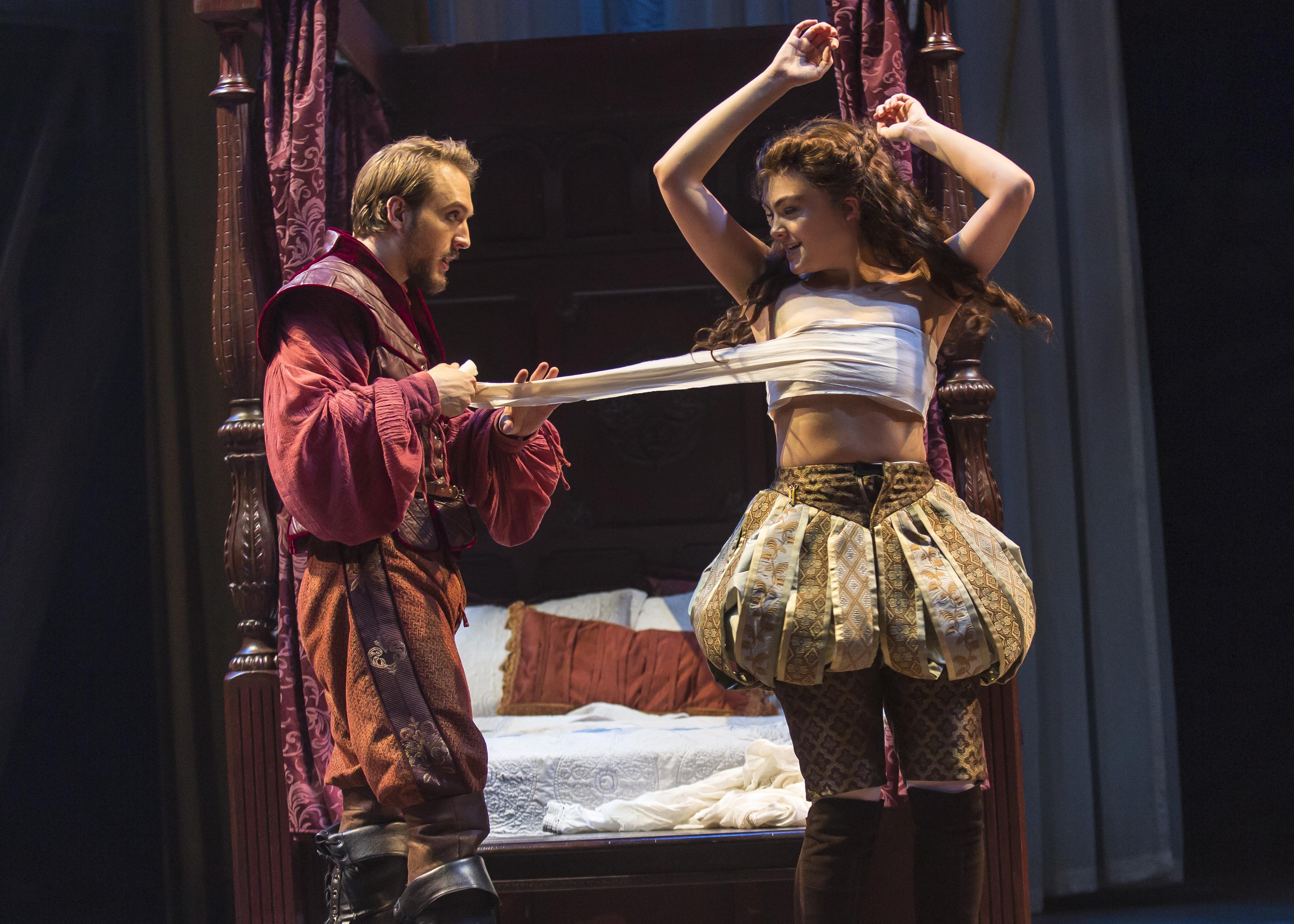 April 23, a day, firmly spring, traditionally celebrated as the one on which the poet William Shakespeare was born, can only be confirmed as the day the playwright died of unknown causes, leaving behind a body of work to be adored and disputed by editors, exegetes, enthusiasts, enemies, imitators, entertainers and directors. It is also, this year, the day when Chicago Shakespeare Theater first presented Lee Hall’s 2014 stage adaptation of Marc Norman and Tom Stoppard’s screenplay “Shakespeare in Love,” transformed from a film of reasonable subtlety to a play that wallops you in the face with its thespianic contortions, which occur when actors become overweening in their earnest determination to portray the unseen drama of their profession, splitting ears and tearing passions to tatters.

The action is set in the 1590s, when young Will (Nick Rehberger), an author of no repute, is stumbling his way through a sonnet as no writer ever wrote, except as others like to think they do, strangling on every cloddish word, whether “the,” “to” or “a,” amid snowdrifts of crumpled pages. The purpose must be to transfer the torment to the audience, which practically screams out the line from Sonnet 18 that poor Will cannot muster—at least until his good buddy, the suave dramatist Kit Marlowe (Michael Perez), turns up and hands it to him.

Queen Elizabeth (Linda Reiter), here more a Red Queen than a Gloriana, is as bored of theater as Hall apparently desires us to be, preferring an antic dog to a bad actor—really, who can disagree? Enter Viola de Lesseps (Kate McGonigle), who can penetrate the inexplicable dumbshows and noise to the essential poetry of the plays, mouthing the words along with the players, inspired by their content to experience “unbiddable, ungovernable, like a riot in the heart” love, “love as there has never been in a play.”

All the rest is a male playwright’s fantasy: of men dueling for possession of a manuscript, of women shedding their clothes and risking their lives for a taste of the stage, of Shakespeare’s greatness being nothing but theft, thus dignifying such a work. It is a mystery. (Irene Hsiao)