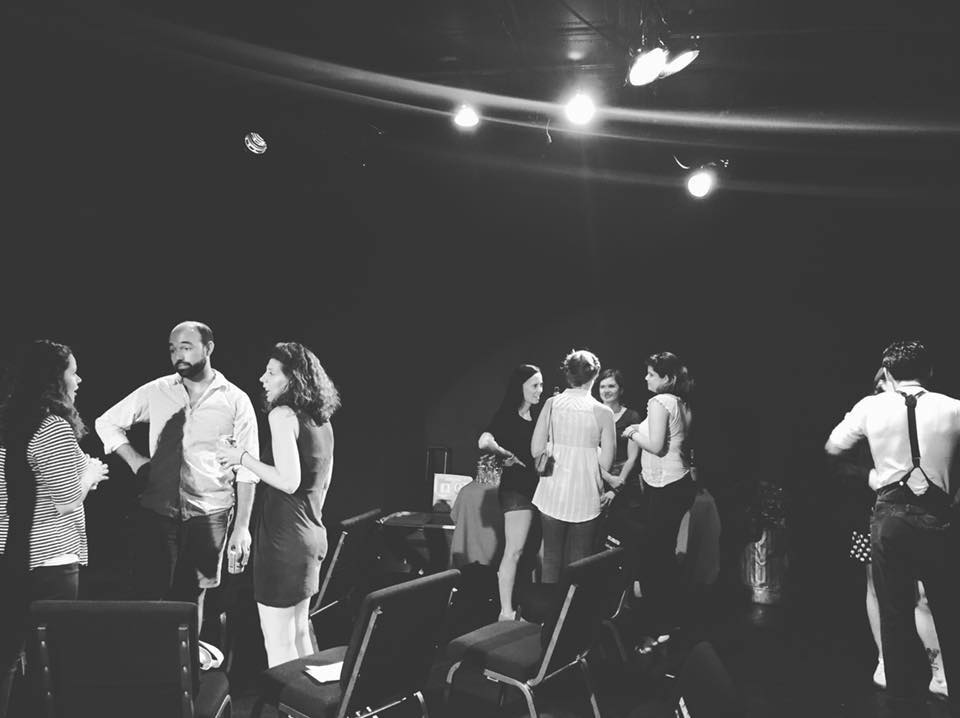 Organized and curated by Genesis, an artistic partnership between Amanda Dunne Acevedo and Lindsey Barlag Thornton, this is the fourth installment of the interdisciplinary salon. Bringing together a group of performers for the night that includes a wide array of artists from spoken word to dance to music to movement work, each event begins with a pairing-off process, starting with an informal social gathering. Participating artist Nire Nah found in the platform a chance to follow an unexpected inspiration to try something new: “Though we didn’t know we were going to be paired together, I remember Jared [Bellott] and I connecting on the idea that we both wanted to do more movement and body work, as our personal disciplines don’t necessarily demand a lot of that. So we are putting together a music track—VERY serendipitously inspired by our mutual adoration of nineties pop hits. Which, by the way, we only discovered because the day we met to brainstorm together, that’s allll that was playing in the coffee shop. It started off as a joke idea, but by the end of the meeting, we were like ‘No, this nineties pop thing HAS to happen. It makes too much sense.’”

For Nah, that critical point of spontaneity, of play and willingness to openly experiment has also specifically meant a freedom to explore the possibilities of shorter-form work. “I’ve been slogging through these large, time-consuming projects with timelines that span years—and while it’s rewarding to be nearing the completion phase with most of them, I’m now noticing a real opportunity and a desire within myself to keep things simpler in the future. Smaller animals with rapid, electric pulses. No more dinosaurs.” (Michael Workman)