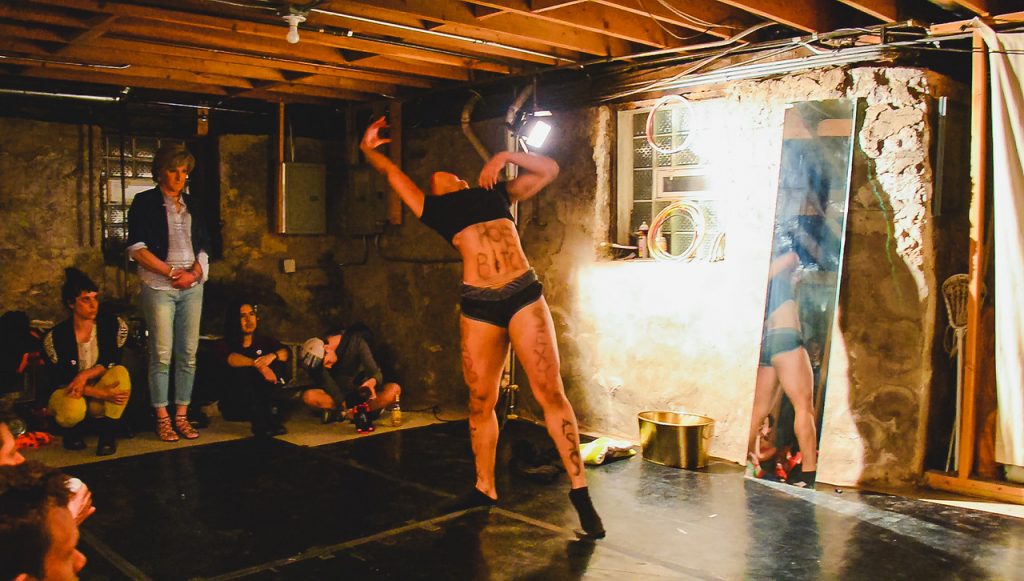 Where is art? Museums, galleries, big stages, temples designed to hold capital-A “Art”? While many of these spaces are supposedly public, they’re not always accessible to everybody: theater tickets in Chicago typically range anywhere from $15 to $90. Their locations are relatively centralized, with the majority in Lincoln Park, Wicker Park and the Loop. If you head to South Shore or Austin, you’ll hardly find an art space that’s visited by even the most adventurous theater goer.

Founded in 2012, the Chicago Home Theater Festival (CHTF) confronts this problem and challenges the disinvestment in these communities by engaging their most powerful resource: the neighbors and their homes. Instead of hiding art behind institutions and price gates, CHTF offers art to people where they’re at, made by the people who are actually from those places.

“Artists have been making work in their homes and outside of galleries and theaters throughout the history of time,” says CHTF co-founder and host Irina Zadov. “Why do we need these big, white, cis-male, wealthy, elitist institutions to validate our work?”

“You’re coming into someone’s home, there’s a level of vulnerability,” says artist, educator and producer Silvia Gonzalez. “I’m asking people to be a little vulnerable and inviting them to be a part of something.”

That something is the sharing of space and experience, whether that’s a performance, installation or dinner. In 2016, Gonzalez, who has been with the festival for two years, created a participatory piece in which the audience recalled and embodied the memory of a safe moment in a bedroom. “At one point, there was a hum in the room,” Gonzalez remembers.

Hosts feel this too. “Days and days after, I was still feeling the warmth of that energy in my home,” says Tempestt Hazel, the Bronzeville-based host and producer of this year’s fest. “There’s something to be said about opening your home up to new energy.”

At the same time, the work that’s developing in these homes isn’t just about aesthetics and good vibes: playing primarily in black and brown communities that face gentrification, these works are dominated by themes of education and strengthening the ties between disenfranchised neighborhoods. 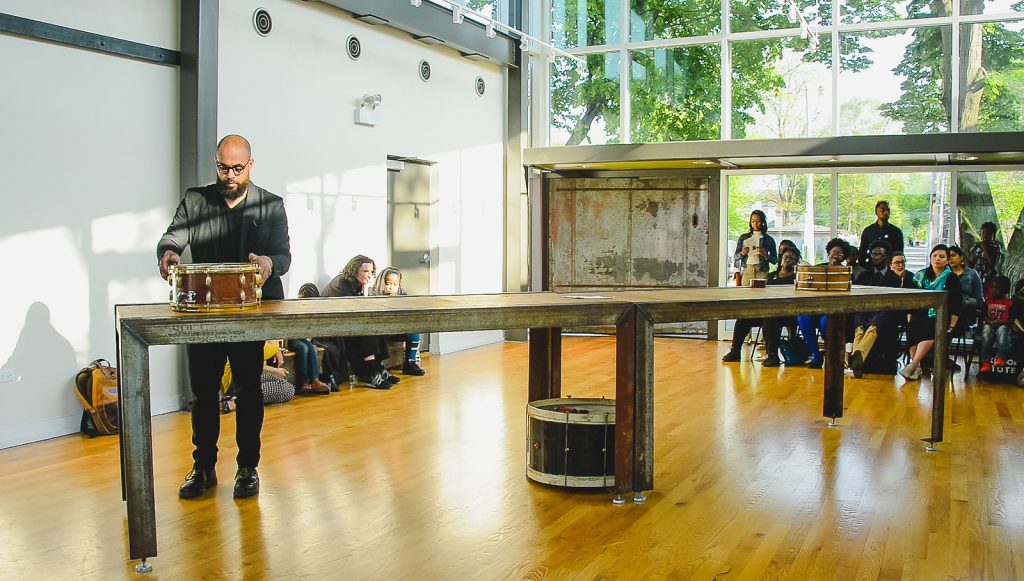 Almost all the artists, hosts and producers I met work as educators, teaching in the communities they develop work for and with. Yvette Mayorga, an artist and producer with the festival since 2016, takes this opportunity seriously.

“For me it’s a matter of culture and identity,” says Mayorga, an artist and producer with CHTF. “Being able to teach students art history through a brown lens, to show them artists of color who they haven’t been taught in education. It’s a way of connecting students with their culture through art.”

Her work with partner William Camargo connects Humboldt Park to Pilsen, two areas that are rapidly changing. Last year, the pair put up a photo installation featuring interviews with locals in Pilsen and their connection to gentrification.

“Art is one way to heal as well,” says Camargo. “Get kids to document the neighborhood, the beauty of it. Opening up a space for them to be able to talk about [trauma] is what CHTF is all about.”

This year the festival will run in thirteen different neighborhoods, ranging from South Shore and Pilsen to Austin and Rogers Park. Tickets are on a sliding scale starting at $15 and a third of the homes are wheelchair accessible.

“It’s always an attempt to be inclusive,” says artist and host Faheem Majeed. “Sometimes, the goal of trying to be inclusive and the success of doing that are two different things. It’s good to have the intent but understand the reality of your constraints. If we have [events] in people’s homes, we’re gonna have to work really hard to create accessible spaces.”

“It’s not just about excellent theater, it’s ‘How do we model the world in which we want to live?’” adds Zadov. The Festival’s anti-institutional bent is built into its DNA, seeking to facilitate conversations on local issues between local people.

“If you create situations for casual encounters, some really amazing things will happen,” says Majeed. “When I do CHTF at my home and I invite my neighbors, they’re always a little weirded out. Like one year, someone jumped out of a closet in their bra and panties. But I think they value that it’s happening there. It can’t just be the bra and panties.”

CHTF is invested in more than just bras and panties. The organizers make a committed effort to enter and engage with neighborhoods respectfully. “Our role is to be aware of what it means when we enter into a community and what we leave behind. [The reason] why we’re expanding [the festival] is not to have it be like a drive-by art-making situation but to build communities of care and investment,” says Zadov.

That commitment is present both in the partners that Zadov and other producers connect with and the work that’s put in before the festival begins. Case-in-point: the neighborhood field guide.

A collaboration between neighborhood experts (read: locals) and festival organizers, the field guide is a way for folks who may not be familiar with the territory to learn some of the history and community knowledge through oral histories and interviews. It also serves as a dramaturgical tool for artists who are coming into the neighborhood and trying to make connections between their origins and the development of these areas.

“You don’t have this white cube space,” Mayorga points out. “You’re working with history, with remnants of people’s history and objects and how you can perform around that.”

Kenwood’s field guide collaboration is lead by Kamilah Rashied and focuses on understanding the people who live in a neighborhood, what they’re thinking about and how to contribute to their goals.

“It’s easy to say we’re doing this festival. It’s all around the city and it’s going into people’s home and its communities. It sounds really sexy,” says Hazel. “You can either say you’re doing that work and kind of do it or you can really do it. And there’s something about the festival that’s really doing it. It’s digging deep and asking difficult questions and asking things of everyone, which I think is a really important approach.”