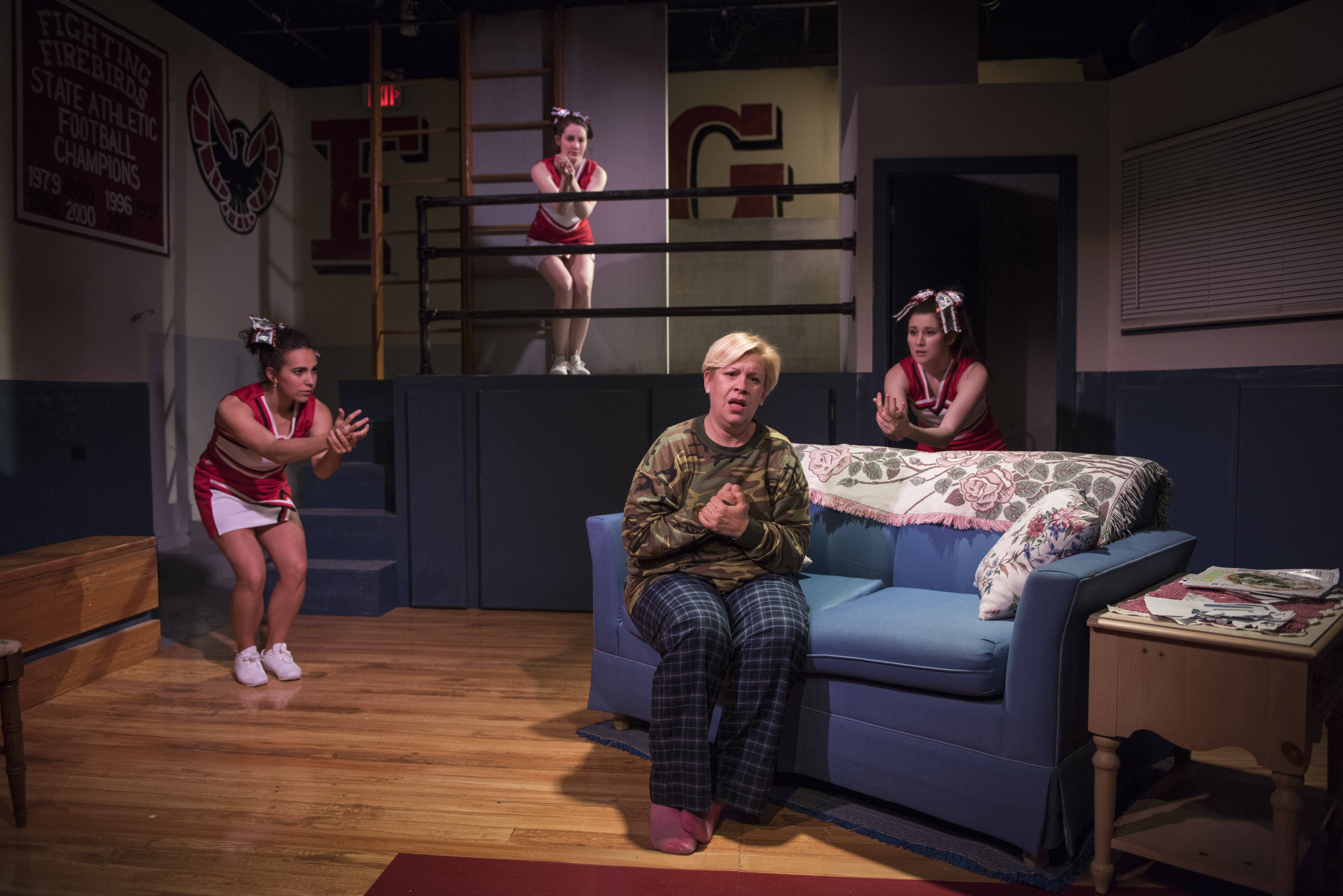 I had just one thought immediately following the conclusion of Rivendell Theatre Ensemble’s world-premiere production of Lynn Rosen’s “The Firebirds Take the Field”: I do love a good cry. That was before artistic director Tara Mallen took a moment to memorialize the legacy of Martha Lavey, who passed this week at the untimely age of sixty. Anyone in the audience looking for a good cry got one. Mallen’s speech was compounded with Rosen’s exceptional text and the risk-ready direction of Jessica Fisch as well as hearty performances from the entire cast. Igniting memories of  “How the World Began” and particularly “Dry Land,” “The Firebirds Take the Field” encompasses what Rivendell does so well: challenge preconceived notions and let them fight back.

My thought about crying extended from just how much the play’s second half dealt with emotional expression and, more pointedly, suppression. At its core, “Firebirds” is about the past, particularly the parts of the past these characters would rather not dwell on and how those memories affect their psychological present. Here buried emotions rise in a variety of forms, anguish surfacing from the depths. Dr. Avery Kahn (Meighan Gerachis) returns to her hometown at the behest of her high-school best friend Helen (Rebecca Spence) in an attempt to diagnose and cure a group of cheerleaders who have suddenly been stricken by involuntary spasms. Taken in by the rituals of an adolescence she still dwells on, Dr. Kahn’s presence sparks explosive conflict that dredges up petty history that has, like coal, been refined over the course of  years into sharp, jagged emotions.

Rivendell makes it a priority to stage works in the unfortunately nicknamed “flyover country”: regions that are less trustful of big government and particular forms of big business (Walmart is in, Big Pharma is out). “Firebirds” takes place in a former factory town that has since fallen on hard times. Rosen empathizes with and, more importantly, humanizes those who populate the town: Mark (Josh Odor), a recent divorcee, is spearheading a downtown revitalization campaign; Kathy (Tara Mallen), also divorced, calls on the EPA to investigate possible contaminants from a factory that closed years prior; and Helen, when she is not grinding it out in retail, retains a facade of cheery optimism even while her traveling businessman of a husband never seems to materialize.

Their respective children, Agatha (Hannah Toriumi), Lucia (Aurora Real de Asua) and Penelope (Jessica Ervin) are frenemies of the “Mean Girls” variety: as vicious toward each other as they are instinctively protective. Rosen is not interested in any kind of patronizing glorification of small-town life: these residents are captured as they are with all their hopes and faults intact, desperation trickling down to each new generation.

What unfolds over the course of the play’s two hours are clashes on several fronts: class, gender, education, health, just to name a few. At the center of almost all of them is the particularly imperfect Dr. Kahn, whose early condescension (which could afford to be toned down a bit, though the laughs of the first scene do soften us up for the ensuing conflicts) deepens into a simmering antipathy toward those who she views as having had the moral weakness of sticking around, a human extension of the town’s economic failure. Envy and resentment are deeply intertwined in Rosen’s work, a kind of grim testament to the idea that the grass is always greener on the other side of the fence. So too is love and control: it is not difficult to see so much of Helen’s fierce protection of her daughter as being a reaction to the feeling that she is being told how to parent and, by extension, accused of failure.

And while the adults’ escalating conflicts rise to a fever pitch, Rosen knows when to pivot to the tribalism of the teenagers, writing them from a point of view that seems especially elusive to so many writers. The young women ground this piece, keeping it from veering off into the removed territory of punditry. Their performances are impressive, particularly Ervin as Penelope (though Toriumi and Real de Asua certainly don’t slouch) who can perceive the cracks in the lives of the adults but is still torn between her sorority instincts and her desire to transcend small-town life.

“Firebirds” is about history, expectation and expression. “Let us be furious!” Dr. Kahn exclaims toward the play’s conclusion, following her epiphany about the emotional confinement women in particular experience. Think about “Nasty Woman” and then remember that that was last year. To follow a Darwinian chain of logic is to recognize that women have been suppressing themselves for the benefit of others (read: men) for thousands of years. Emotion is still viewed by our culture as unseemly. To be feminine is to be polite; to be masculine is to be strong and silent. Either way, the power of cultural repression is a force both strong and deeply insidious.

Ultimately, Rosen defers judgment on the conflicts she presents and we benefit immensely by her impartiality, though it does mean that “The Firebirds Take the Field” remains unresolved and tenuous, something  you’ll hold in the back of your mind until you set it free. In that regard, the play accomplishes what may very well be its mission statement: talk it out, ugliness and all. I expect there will be much to say. (Kevin Greene)