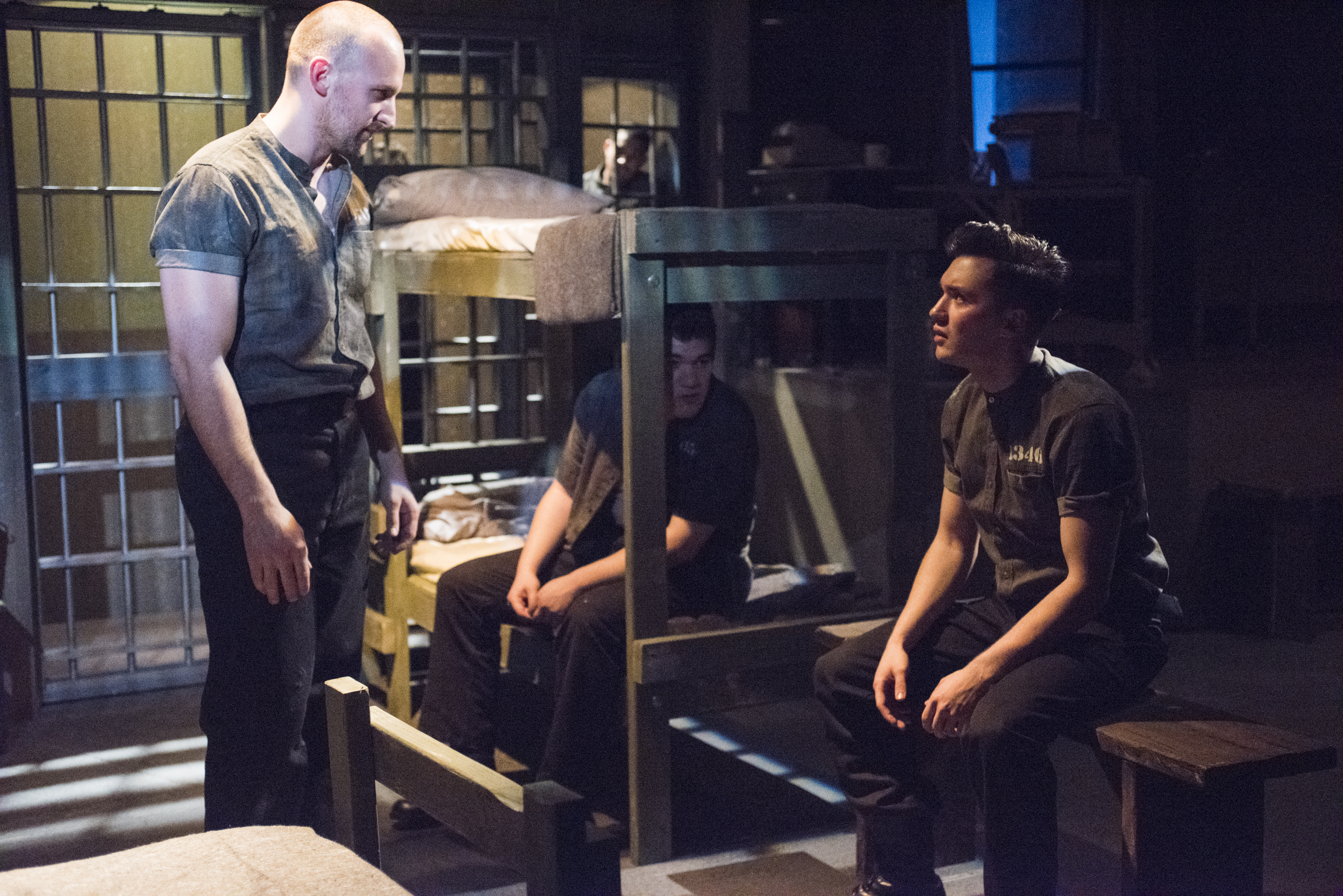 “Beware of all those in whom the urge to punish is strong,” said Nietzsche. That’s all you need to know about Boss Whalen, the sleazily sadistic prison warden in Tennessee Williams’ “Not About Nightingales,” and also about the system he represents.

“Nightingales” is early and atypical Williams, a 1930s proletarian drama that’s more expressly political and less lyrical than his later works. As the Depression continued and fascism gained strength, the budding playwright deemed it his duty to write not about the nightingales of Keats’ ode but rather about those people who never see the sky. He gave up on the play after three drafts and it remained unproduced for sixty years.

Raven Theatre’s revival reveals both why Williams stuck the play in his desk drawer and why we’re lucky it was rediscovered. The work’s two plots–a jailhouse uprising against a psychopathic warden and a romance between a prison trusty and a young secretary–don’t quite mesh and the play’s ending lacks closure.

But there are hints here of the later and greater writer. Working against his own romantic and poetic inclination, his voice not yet fully developed, Williams still had the raw talent and insight to write at least half a brilliant play about oppression and struggle.

Aided by Ray Toler’s realistic two-level set, director Michael Menendian depicts the island prison as an American concentration camp. Chuck Spencer as Whalen skillfully juxtaposes the character’s surface sentimentality and innate viciousness, alternately fondling the rubber ducky he plans to give his daughter and the rubber hose he uses on his more refractory charges.

His opposite is convict ringleader Butch O’Fallon, who leads a hunger strike against Whalen and willingly submits to his ultimate torture: a visit to the “Klondike,” a steam chamber in the prison’s bowels where men are roasted alive. Joshua J. Volkers’ riveting portrayal of the indomitable O’Fallon marks him as a talent to watch.

The climactic scene in the Klondike is almost unbearably painful to experience, underscoring the play’s indictment of a society that rhapsodizes about liberty while countenancing torture. We see how state violence unifies and radicalizes its victims, setting the scene for explosive confrontation. In a nation that imprisons more of its populace than any other and makes incarceration a profitable business venture, this message remains worth heeding. (Hugh Iglarsh)