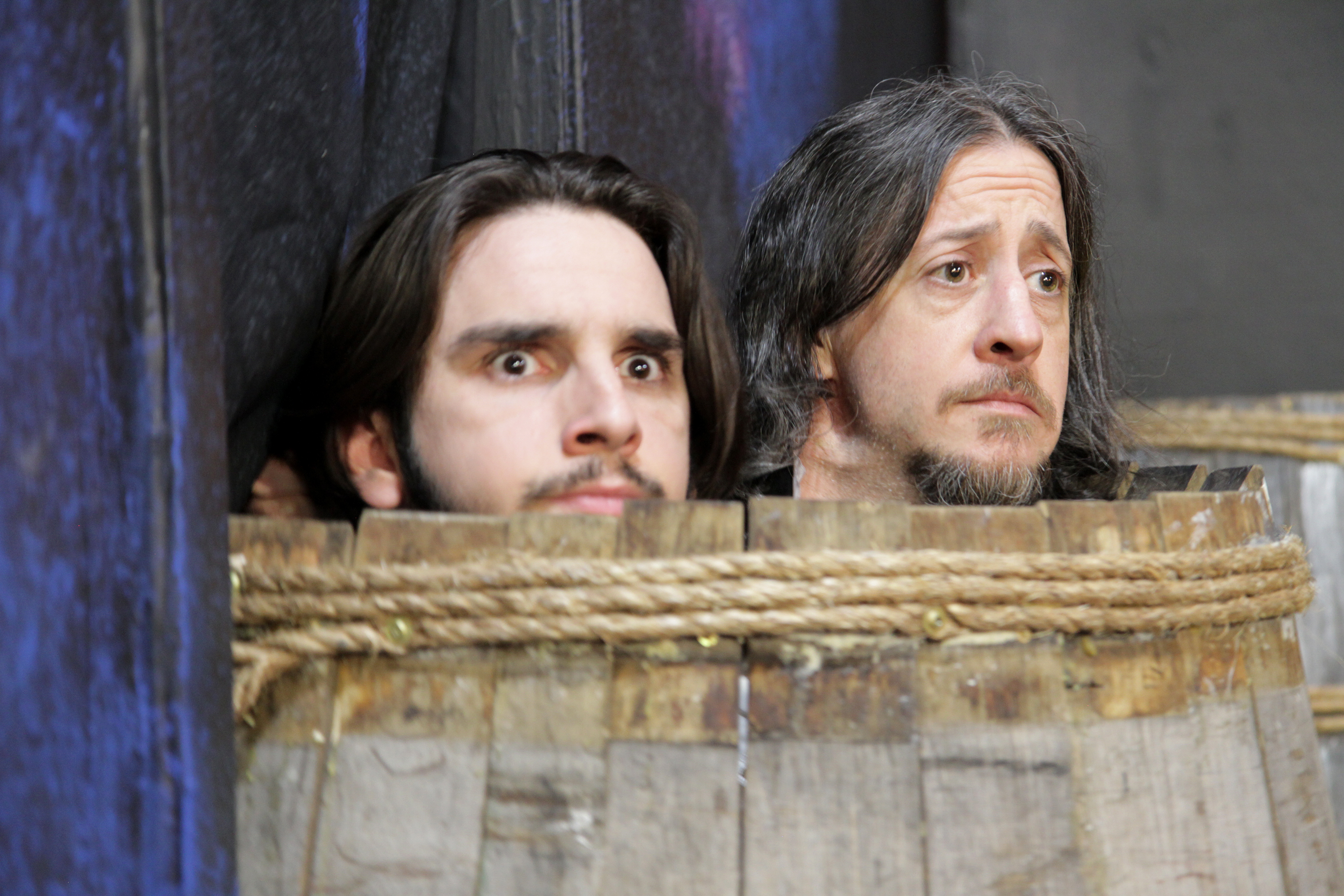 “The Tragedy of Hamlet,” oft considered the first psychological drama in the English language, largely because its five acts consist of its eponymous hero agonizing over acting (and, famously, being and its inverse), manages, despite the length of its inaction, to produce eight corpses. Tom Stoppard’s 1966 “Rosencrantz and Guildenstern Are Dead,” exacts just as many in a work only three-fifths the length of the Shakespeare. That’s efficiency. Like Shakespeare before him, Stoppard also titles his play after the characters that will do the most talking throughout. That’s accuracy.

These two speakers are Hamlet’s hapless pals, whom no one can tell apart, not even, at times, themselves. It’s a coin toss which of them is more obsessive and less useful, because, even though charged by King Claudius (David R. Feiler) and Queen Gertrude (Renae Stone) to ferret out what upsets Prince Hamlet (Christopher Wilson), whose father has been murdered by an uncle who has usurped the throne and married his mother, Rosencrantz (Eric S. Prahl) and Guildenstern (Alexander Johnson), two gentlemen short and tall, choleric and melancholic, shouting and brooding, and both looking well in their tights, cannot divine the cause.

Instead they play rhetorical games, in which nothing happens and no one wins. They wait, like Didi and Gogo, for someone or something or some sign that won’t come—though, whether wanted or not, a troupe of Tragedians, led by a leering, flouncing, feather-and-leather-clad Player (Lauren Miller), turn up, determined to out-act, out-speak and out-die everyone else onstage—which is, the Player points out, everywhere (“We do on stage things that are supposed to happen off. Which is a kind of integrity, if you look on every exit as being an entrance somewhere else.”). The desperation is palpable. The players, so-called and all-inclusively, strut and fret their utmost.

For a play of words it is very good though it would have been nice to have had unicorns. (Irene Hsiao)