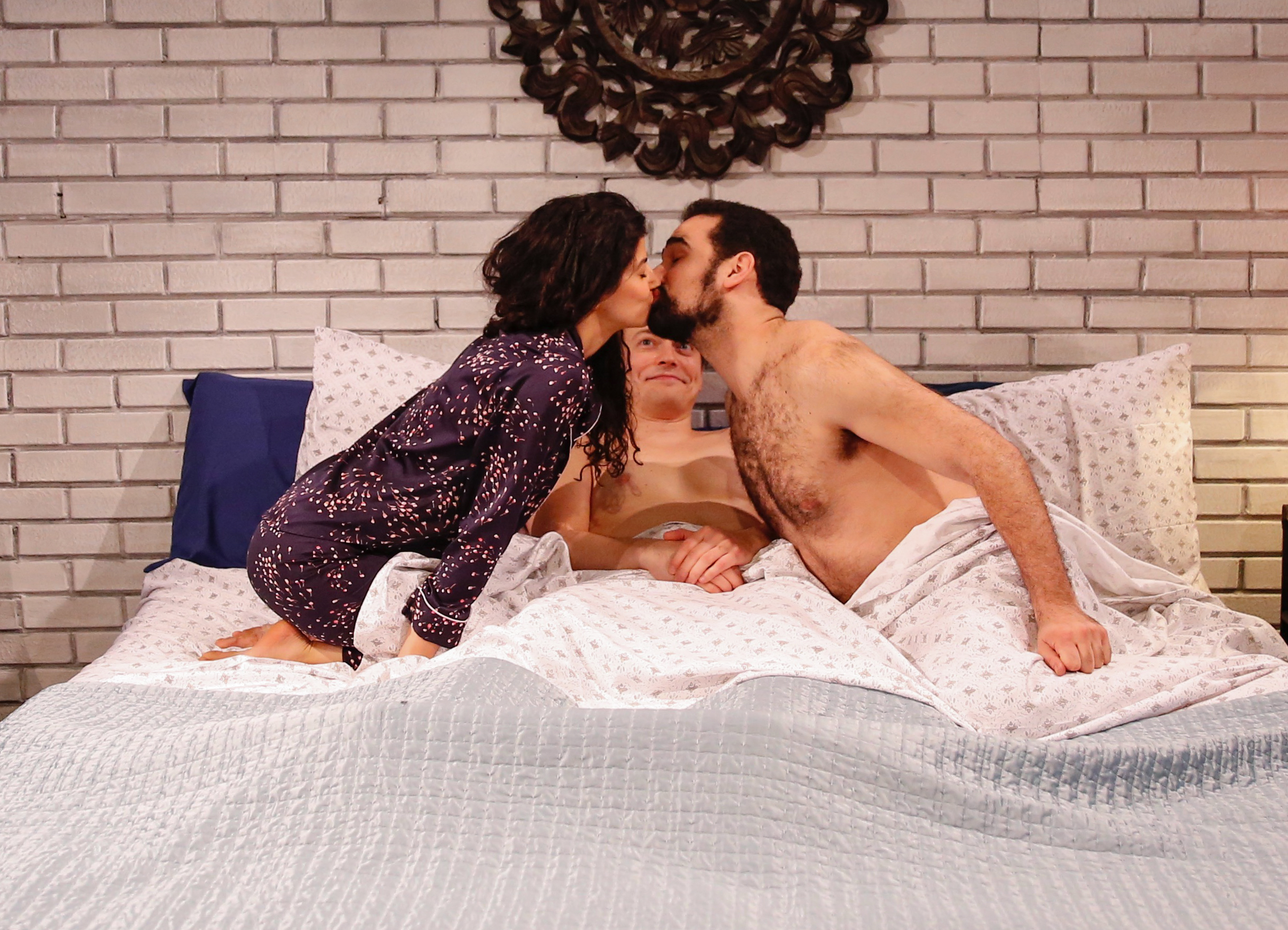 There was a moment early on in “Threesome” where a character complains that the action feels a bit staged and altogether too much like a bedroom comedy. And then a buck-naked man jumps directly into the scene and talks about his upset stomach. This is just one of the many unexpected twists and turns present in Yussef El Guindi’s meditation on love and politics (both global and in the bedroom). At its best, the script startles the audience with its insights on possessiveness. Other times the play feels like a twisted after-school special on the hidden dangers of group sex.

By and by it is revealed that Leila has just written a book that Rashid, a photographer, hopes to design the book cover for. The gig though goes to Doug who conceives the book cover as an elaborate harem design with Leila, veiled and dressed in an abaya, as the centerpiece. A drunk Rashid then crashes the photo shoot and in the ensuing argument we learn a little more about their time in Egypt.

Director Jason Gerace presents the material as well as can be expected, especially in the comedic first act where he deftly contrasts the obnoxious and very naked Doug with the incredibly uptight Rashid. At the same time, however, the many different moods and angles to the story leave the play feeling disjointed. The two acts each have their moments but exist almost entirely apart from one another. This is in part due to the often clunky dialogue that focuses on expressing big ideas at the expense of character development.

Like many threesomes, this play is more awkward than satisfying. (Noel Schecter)

The Other Theatre Company at The Greenhouse Theater Center, 2257 North Lincoln, theothertheatrecompany.com, $25. Through May 21.