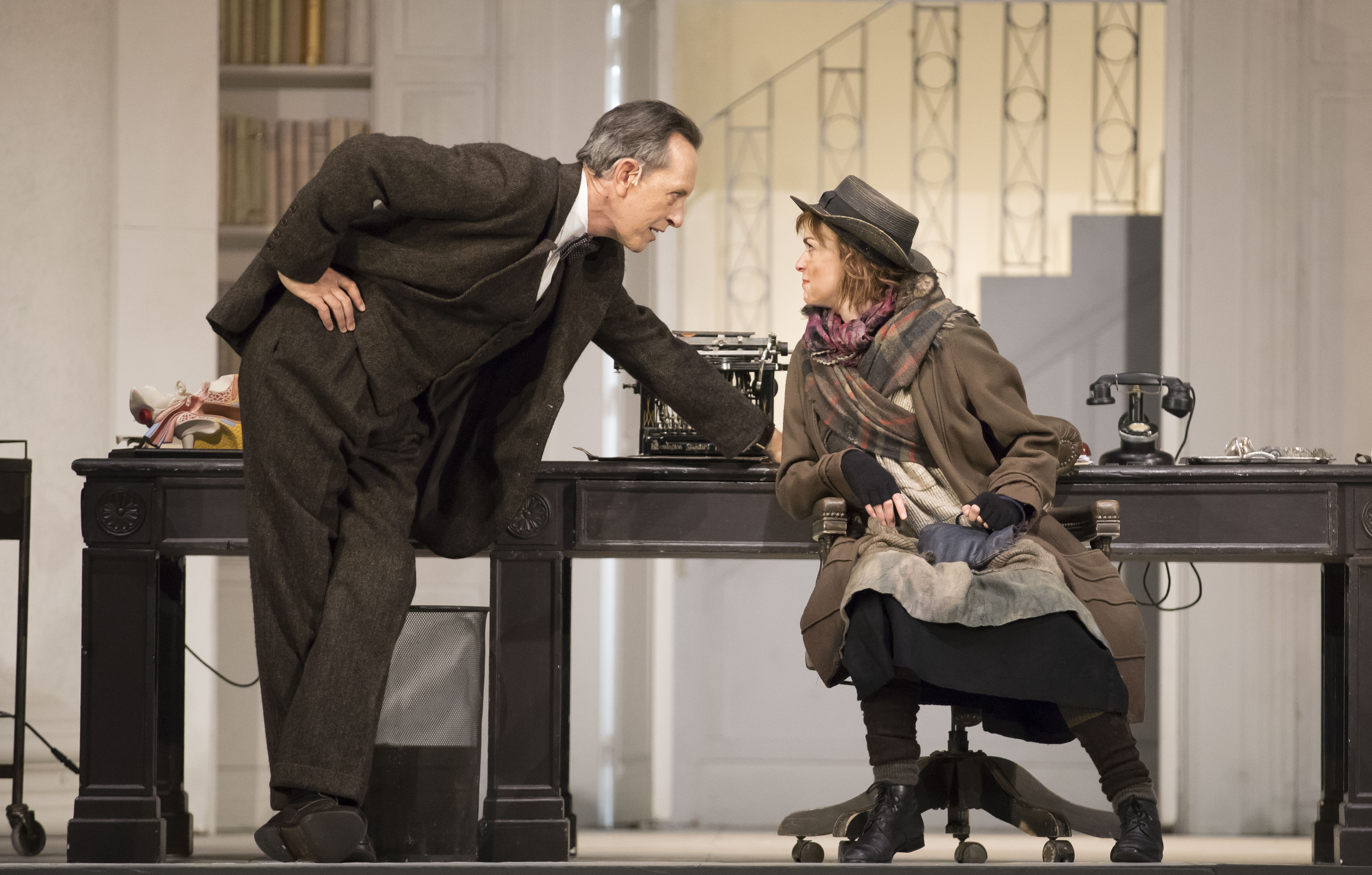 Before careening from The Golden Age of Musicals to “Jesus Christ Superstar,” Lyric gives us one more glimpse into the glory to be had when the resources of a major opera company illuminate a uniquely American piece of lyric theater. Even if everyone’s accent comes from the mother country. And if there’s a fairer lady than Lyric’s to be gotten the wide world over I’ll eat my straw hat.

Director Robert Carsen’s 2010 production for Théâtre du Châtelet pats down the folderol and focuses on Shaw’s characters (just the way we like it in Chicago), shimmering in front of Tim Hatley’s sparsely elegant sets that prove there are endless shades of taupe. When one of costume designer Anthony Powell’s vibrantly flirtatious gowns and piquant hats parade in front of that matte finish, the stage pictures move for just a second to kaleidoscopic.

Burnishing aside, audiences flock to see this epitome of an idiom for the onstage performances and Lyric doesn’t disappoint. Chicago’s finest up the ante for the out-of-towners with Cindy Gold (Mrs. Pearce) and Michael Joseph Mitchell (Zoltan Karpathy) tripping fantastically. In various supporting roles, many soloists and members of Lyric’s chorus, all perfectly talented enough to sing leading roles in differing circumstances, showed Broadway-bright, with the choral sound as jubilant as might be expected for those momentarily released from Richard Strauss. While British baritone Donald Maxwell, profound of physicality and voice, wouldn’t have been my choice for Eliza’s henpecked father, Nicholas Le Prevost (Colonel Pickering) and Helen Carey (Mrs. Higgins) were just right.

Film and television star Richard E. Grant plays Henry Higgins in the Rex Harrison-style, with an irreverent energy that belies Higgins’ focused, phonetical theorizing. Bryce Pinkham offers a Freddy Eynsford-Hill who makes us forgive his adolescent ardor. His diamond-pointed voice pops off an interpolated high note that reminds us where we are.

But to the lady go the spoils. Lisa O’Hare, whether in tiara or equine admonishment, is practically perfect in every way. Trained as a ballerina and an opera singer, and now a Broadway leading lady, beautiful of face and voice, and with a garn that can melt stone, O’Hare is Lyric’s winning ticket. (Aaron Hunt)