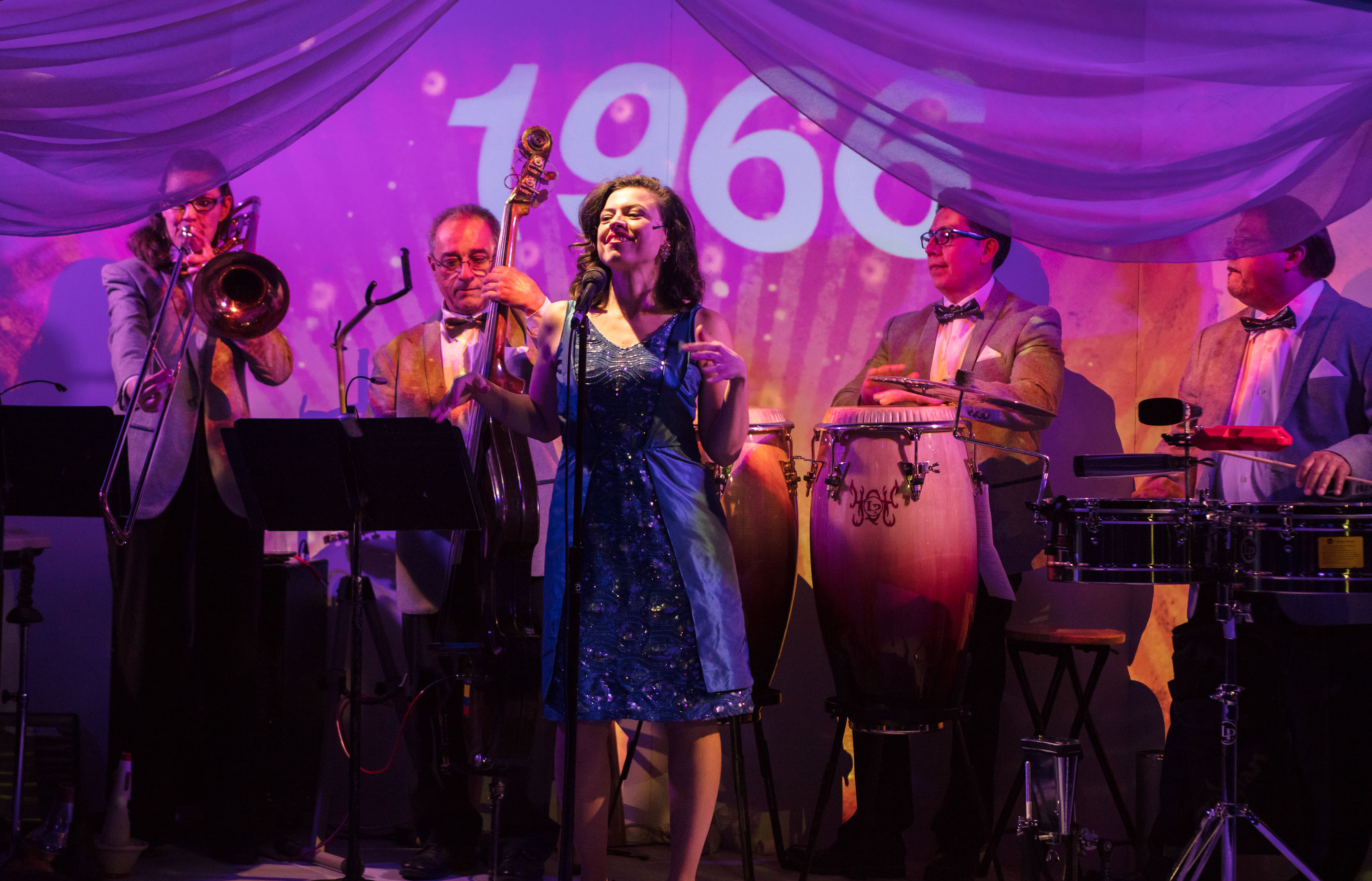 Charting a ten-year period of vibrant yet tumultuous history, Teatro Vista’s world premiere of Sandra Delgado’s “La Havana Madrid” weaves stories of local Latinx history in a city that could stand to have its memory jogged. Taking its name from a nightclub at Belmont and Sheffield in the heart of the neighborhood now better known for brunch spots and sports bars, Delgado’s play is structured as a series of vignettes that move from the starry-eyed arrival of a young cubana in the late fifties through the Division Street Riots of 1966. Backed by Roberto “Carpacho” Marin and his band, Carpacho y Su Super Combo, “La Havana Madrid” demonstrates through music, dance and storytelling the relationship between celebration and suffering in Latinx culture and how the latter deepens the former.

Staging such a work at Steppenwolf, a cornerstone of the Lincoln Park neighborhood, is itself a political act. Playing in the company’s eighty-seat cabaret theater, “La Havana Madrid” gains much from the intimate setting. Designed as a nightclub, complete with stage and dance floor, the play (directed by Cheryl Lynn Bruce) unfolds dreamlike, moving elegantly between its scenes with Delgado herself playing both emcee and the spirit of the long gone club.

Bringing together histories of Cuban, Dominican, Colombian and Puerto Rican immigrants, “La Havana” is as much an educational tool as it is an engaging piece of entertainment. Inspired by real stories, the fiction here is rooted in history. Many Chicago landmarks (some still in existence today such as the Aragon Ballroom in Uptown) get name-dropped as does Richard J. Daley, though the latter is spoken about in the uncompromising language of a newly politicized Dominican (Donovan Diaz) who accuses the mayor of supporting the gentrification that has, since the sixties, forced Latinx populations further and further from their first homes on the city’s North Side. Elsewhere, a Colombian bass player (Marvin Quijada) is dogged by immigration police, a scene of disquieting familiarity in 2017.

Quijada’s episode also features a brilliant metaphor on the interrelated but entirely distinctive cultures that fall under the umbrella of Latinx: as a surrogate musician (the performative duty falling on Marin), Quijada demonstrates musical “accents,” the rhythms of salsa as interpreted by various Central and South American countries. Music plays a defining role in “La Havana Madrid,” itself a colorful character that finds ways to enhance every scene. Early on, the club owner (Mike Oquendo) promises that by the end of the night the audience will all be dancing. It is a promise all too easy to keep in this spirited and vital new work that, despite its physical location, does not cater to the whiteness that displaced its origins. (Kevin Greene)