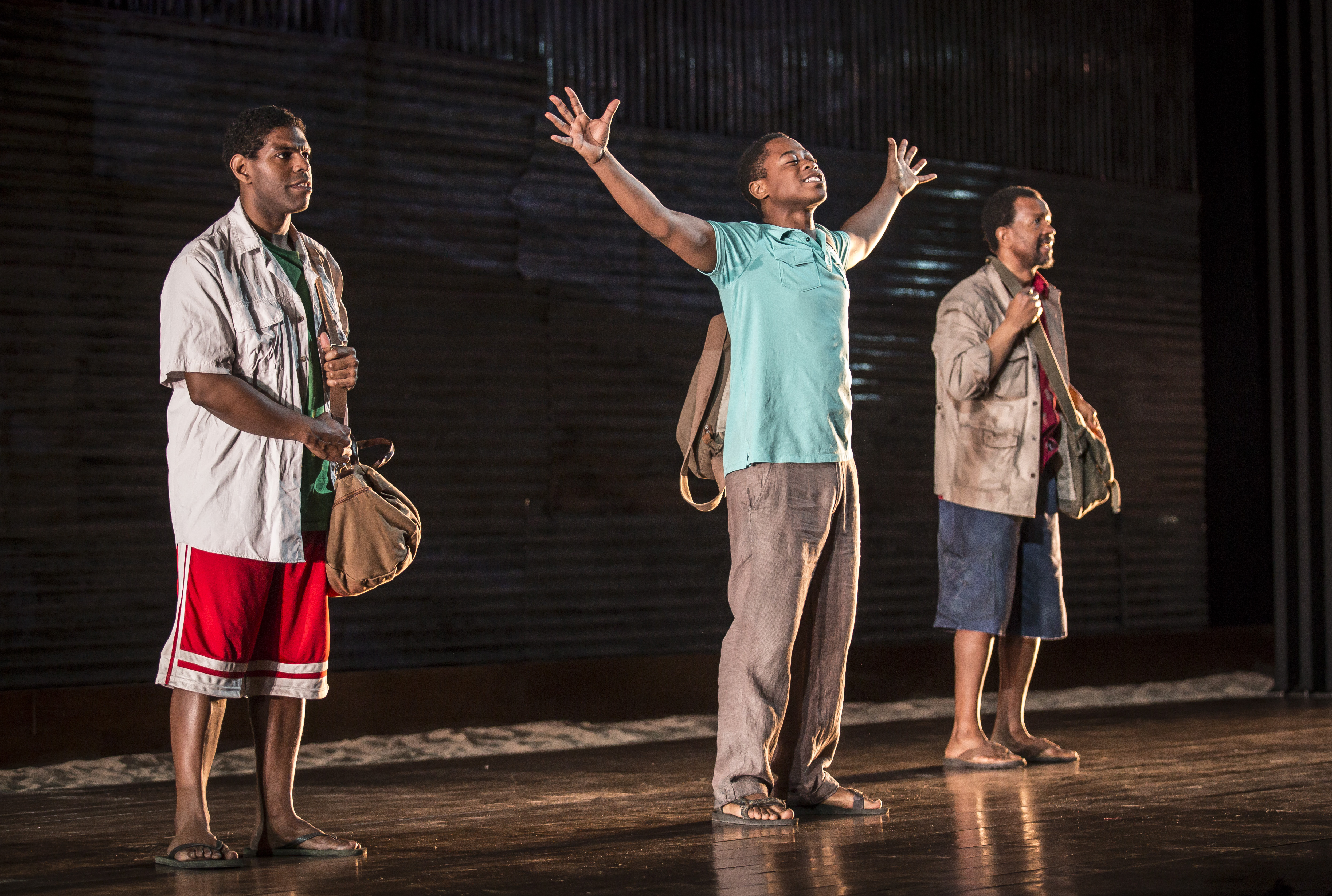 Charles Smith’s “Objects in the Mirror” is a play built on conflict: global, regional, interpersonal and, finally, internal. It is the story of refugees, explicitly Liberians, though parallels can be easily drawn across the globe. It bucks against the two predominant trends in the public perception of refugees: first that there are “good” and “bad” refugees (and by extension, immigrants, though the difference between the two, namely choice, is important) and secondly the notion of refugees as being fully defined by their victimization. While both are uni-dimensional, the latter is perhaps less often recognized for its negative effects. And while Smith’s play focuses on the plight of a largely blameless adolescent, it does not shy away from the morally ambiguous actions of his journey.

Based on a true story, the first act of Smith’s play unfolds more like a memoir than a staged work with Shedrick Kennedy Yarkpai (a star turn for the young Daniel Kyri) serving as both present-tense narrator and past-tense protagonist. Accompanied by his uncle (a characteristically wiry and wily Allen Gilmore) and cousin (Breon Arzell), the first hour of Smith’s play charts their harrowing journey through Western Africa in search of a means to escape the civil war spilling over the borders of Liberia, Guinea and Côte d’Ivoire. And while the stakes are frequently reiterated (death by mutilation, starvation or worse), the tendency to explicate action means that the first act progresses haltingly though in doing so it sets up the drama of the second, unironically placed in the safety and security of the “first world.”

In the back half of the play, each new scene unfolds as a moral quandary that tears at the seams of Shedrick’s patchwork identity. Elaborating would risk spoiling some truly affecting revelations but suffice it to say that the play’s second-to-last scene between Kyri and Lily Mojekwu made the emotional journey of the first act pale in comparison. Directed with understated (and frankly underrated) simplicity by Chuck Smith, these performances are among the finest in recent memory. Kyri is a talent to watch, already making his debut at Steppenwolf and Chicago Shakespeare Theater. As enjoyable as this production was at the New Stages festival two years ago, it is heartening to see this role cast age-appropriately. Alongside Gilmore, Mojekwu, Arzell and Ryan Kitley (as the quintessential well-meaning white man), this ensemble takes what is already a damn-near perfect play and turns it into one of the year’s most essential productions. (Kevin Greene)