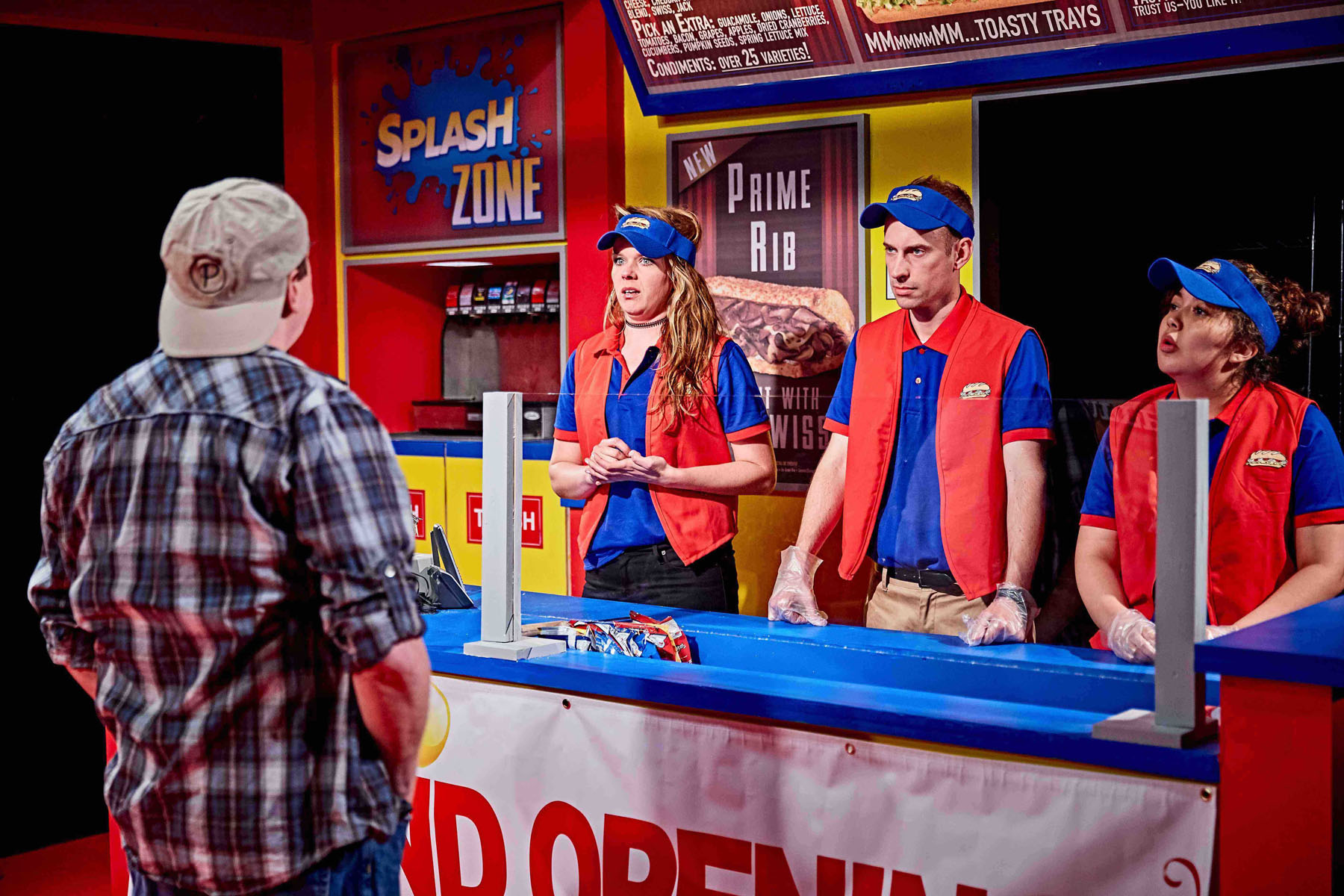 In Bess Wohl’s “American Hero,” directed here by Cody Estle in its Chicago debut, everyone’s bitten off a bit more than they can chew. From Bob (Brian McKnight), the ambiguously foreign franchisee of a new sandwich shop, to his employees—Sheri, (Saraí Rodriguez), Ted (Chris Daley) and Jamie (Annie Prichard)—to a beleaguered suit from corporate (McKnight again) who eventually shows up once Bob bails and the employees take matters into their own hands, “American Hero” sports exactly zero characters who are masters of their domain. Everyone, at every rung of this greased-up, late-capitalist ladder, is just trying to make a buck and get by and hopefully make it through their day without getting fired (or in some cases, stabbed).

Inspired by the predatory corporate practices of Quiznos (remember them?), “American Hero” is a warm-hearted play about very small people in a very, very big world. At its core is an act of inspiration that doubles—as they so often do—as an act of survival. Bob’s employees respond to his disappearance by “going rogue” and creating their own homemade sandwiches out of the shop. Each one of them is miserable in their own distinct, if slightly formulaic way but their coming together in the face of corporate indifference and their own looming poverty—none of them can afford to lose the gig—is a genuinely charming turn. It’s a rebellion but it’s not an angry one.

“American Hero” is not subtle; it wears both its heart and its ideas on its sleeve like pieces of company-mandated flair. But the generosity and affection the play has for its characters is downright infectious. If it were a more dour affair, its forthrightness would be much more grating. Estle’s production is a bit too over-broad at the start but once things start going wrong for the characters and the stakes swell to fit the size of the performances, the show finds its sweet spot. Meanwhile, the forced cheeriness of the shop’s bright red color scheme (set by Jeffery D. Kmiec) and the throwback “Morning in America” synths of the show’s score (Eric Backus) both wonderfully express the show’s underlying themes: namely that you’re never fully a cog in the wastoid throes of a dying capitalist system without a smile. (Alex Huntsberger)