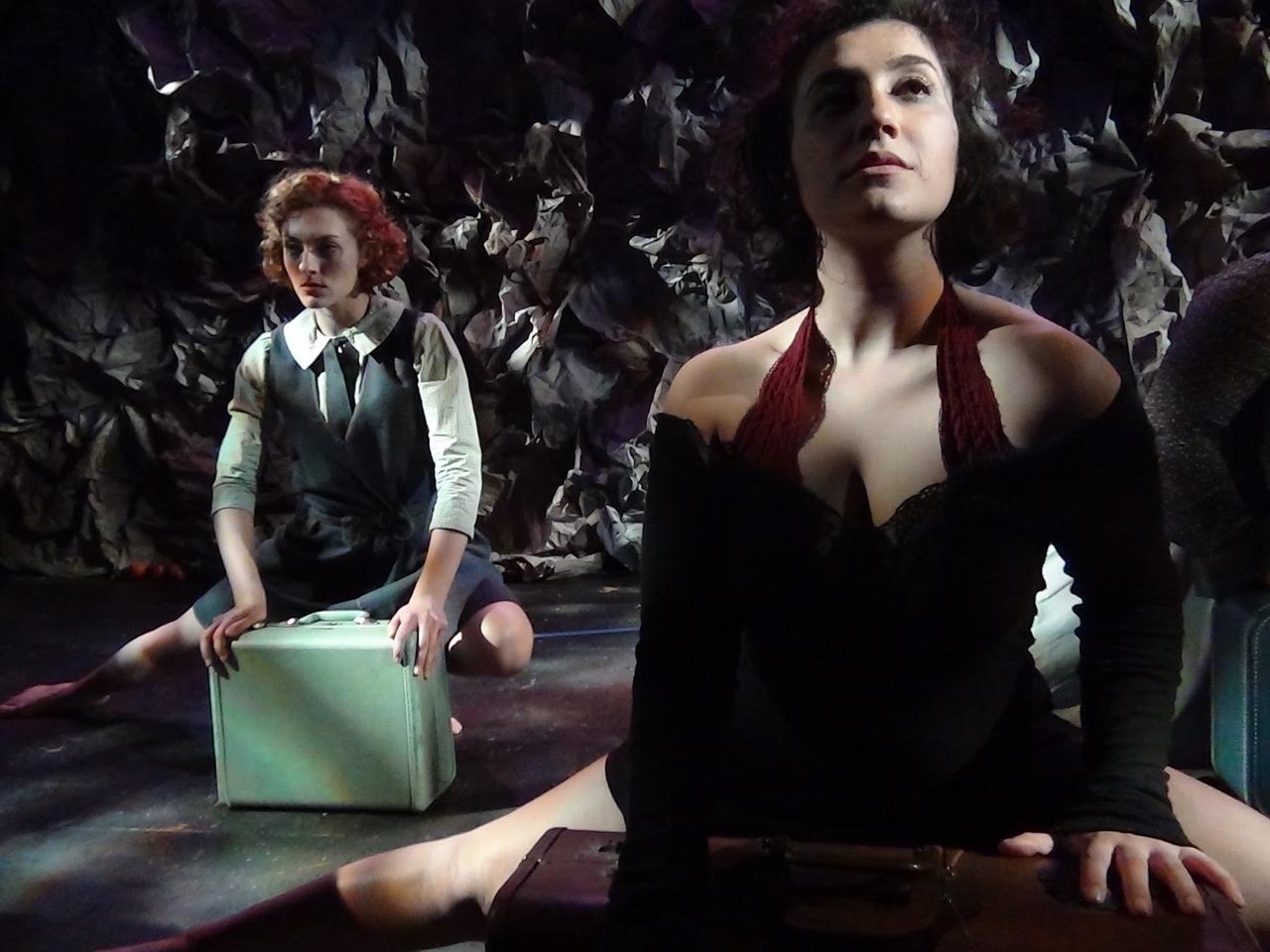 “Into The Empty Sky,” a devised theater piece based on the poetry collection “Map” by Wislawa Szymborska, is a humanist piece.

The six performers roam through the empty space, inventing rituals and carrying luggage. They gather in circles and mimic each other. They gesture. They are individual and collective. They speak words and follow the sound of a metronome, maybe to a new home.

All this is to maybe suggest the refugee’s wandering: the accidentally unanchored, the suddenly in-flight. At this time of crisis, when the world is seemingly occupied by unfortunate nomads, this perspective for those of us who can sit comfortably in a theater for a night and enjoy some wine before we head home to our toasty beds and blankets is a boon and burden, a necessary pain to understand before we can enter the world stage and act responsibly.

“Into the Empty Sky” though, can often lack life. The jittering mechanical motions that the cast return to in time with the metronome represent the automatons that refugees become, only existing in the context of something they can’t control. When the metronome vanishes, they become lucid and struggle to regain their footing. This footing is rarely found despite the cast’s best efforts: they all live in a sense of anonymity that, despite the items found within the luggage (dirt, several shoes) and the stories these objects tell, the actors are bound by the words of Szymborska and the names found in the program, all of which are a variation of “The [descriptor] One.”

This broad mythology might have loosened some bounds. But here we spend so much time in crisis and nonspecific ritual that there is no time to learn and love. This deadness would’ve been a gift if they had leaned into it. After all, Trap Door so often succeeds at the death onstage.

But the most successful moments of the show are those of aggressive, spectacular hope that Szymborska’s poetry suggests, in defiance of the wanderer’s tragedy: an apple is a wish come true and a door to a parking lot is the whole world, the whole sky. (Jay Van Ort)