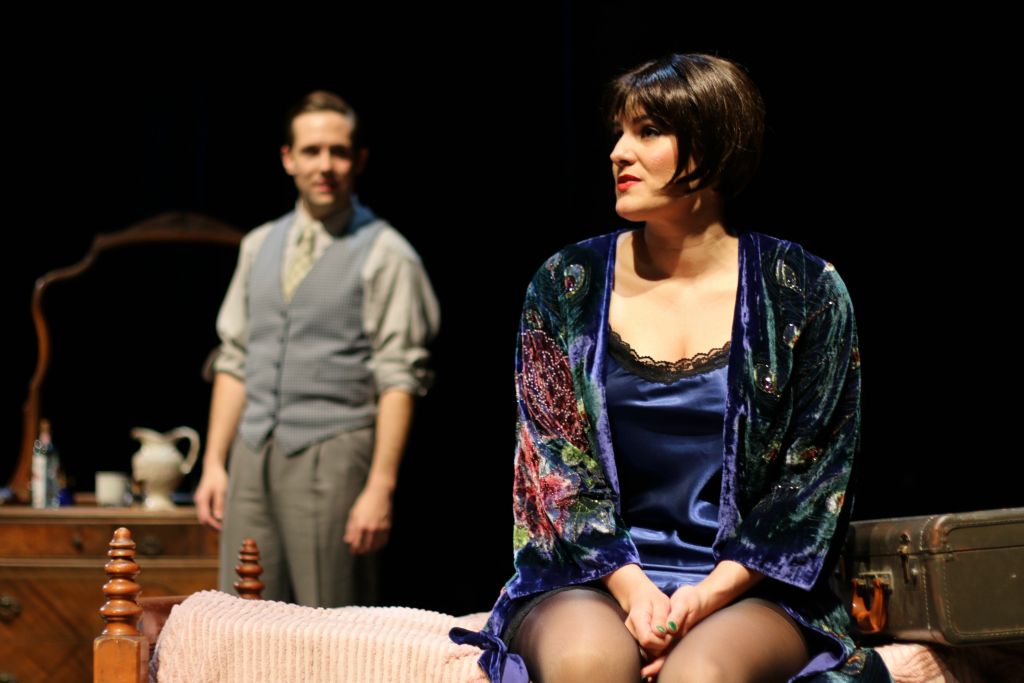 Maybe if Chicago had a club half as cool as the Kit Kat Klub it would be a bit easier to stomach America’s sudden lurch to the far right. As it is, “Cabaret,” set in the final days of Berlin’s Weimar Republic, has never felt more relevant. Left in the capable hands of Linda Fortunato (who serves as both director and choreographer), this Northwest Indiana production hits its mark when it focuses on the smaller pieces of the puzzle. It is hard, for example, to recall a more touching presentation of the ultimately tragic love story between the Jewish grocer Herr Schultz (Craig Spidle) and the landlady Fraulein Schneider (Iris Lieberman). The  lead roles also dazzle with Danni Smith’s Sally Bowles not only frequently applying her vocal talents to dizzying effect but also connecting emotionally with the audience in the final dramatic scenes. At the same time, however, several of the big dance numbers felt a bit restrained.

Playing opposite Smith is Patrick Tierney who excels as the struggling writer incapable of convincing anyone that the party is coming to a tragic end. Sean Fortunato’s very physical interpretation of the Emcee is also impressive (although perhaps at times he appears more sinister than the material calls for). Christopher Davis perfectly captures the charm and menace of the young Nazi Ernst. The characters all work nicely off one another within the comfy confines of Jack Magaw’s effective set design. Brenda Winstead’s costumes also go a long way in helping to set the pervasive mood of stale cigarette smoke and empty gin bottles.

Life, old chum, cannot always be like a cabaret. But there may be no better time to come out and hear the music play. (Noel Schecter)