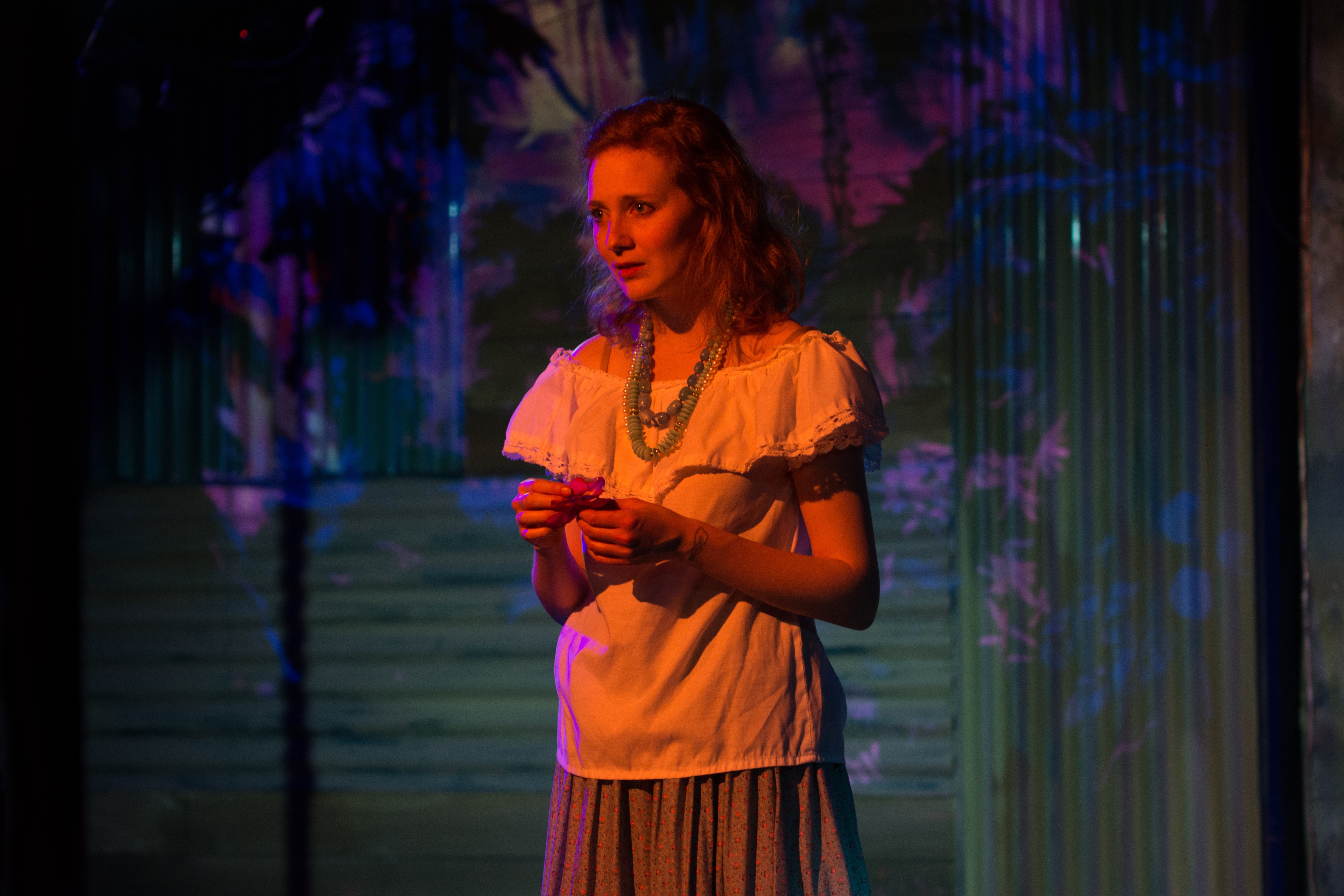 Set in a small Brazilian village along the Amazon River, “The River Bride” takes its audience on a mystical journey through a universal tale between two sisters, Helena (Flavia Pallozzi) and Belmira (Sofia Tew). Belmira is set to marry Helena’s childhood beau, the mysterious Duarte (Johnathan Nieves), but in just three days before the wedding, Moises (Nico Fernandez U/S) is pulled out of the river and changes the course of each sister’s future.

Rinska Carrasco-Prestinary’s direction is essential in creating the distinctive atmosphere in this story of magical realism. The river itself, an uncredited cast member, serves as an effective link between each relationship developed on the banks, boardwalks and boats that traverse it.

Pallozzi’s masterful grasp of her character, the humble and indecisive Helena, stands out in her transformative performance over the course of the show. Nieves and Tew shine in their respective monologues but wavered in the full range of character when appearing in dialogues/group scenes. However, the juxtaposed tension between Pallozzi and Tew is palpable and genuine. Fernandez stepped in for opening night and delivered a solid performance as the stranger from the river, connecting himself to every character in every interaction though his romantic chemistry with Pallozzi can be improved and developed.

All together, the cast and crew were as smooth as the current. Each did their part to incorporate the fantastical elements of the village fairy tales into the reality of Orta’s script and the vision of Carrasco-Prestinary’s direction. In their mission to help “people band together,” Halcyon Theatre presents an important part of Chicago’s artistic community by allowing its audience to learn and experience the cultures and traditions that make up this city. (Danielle Levsky)