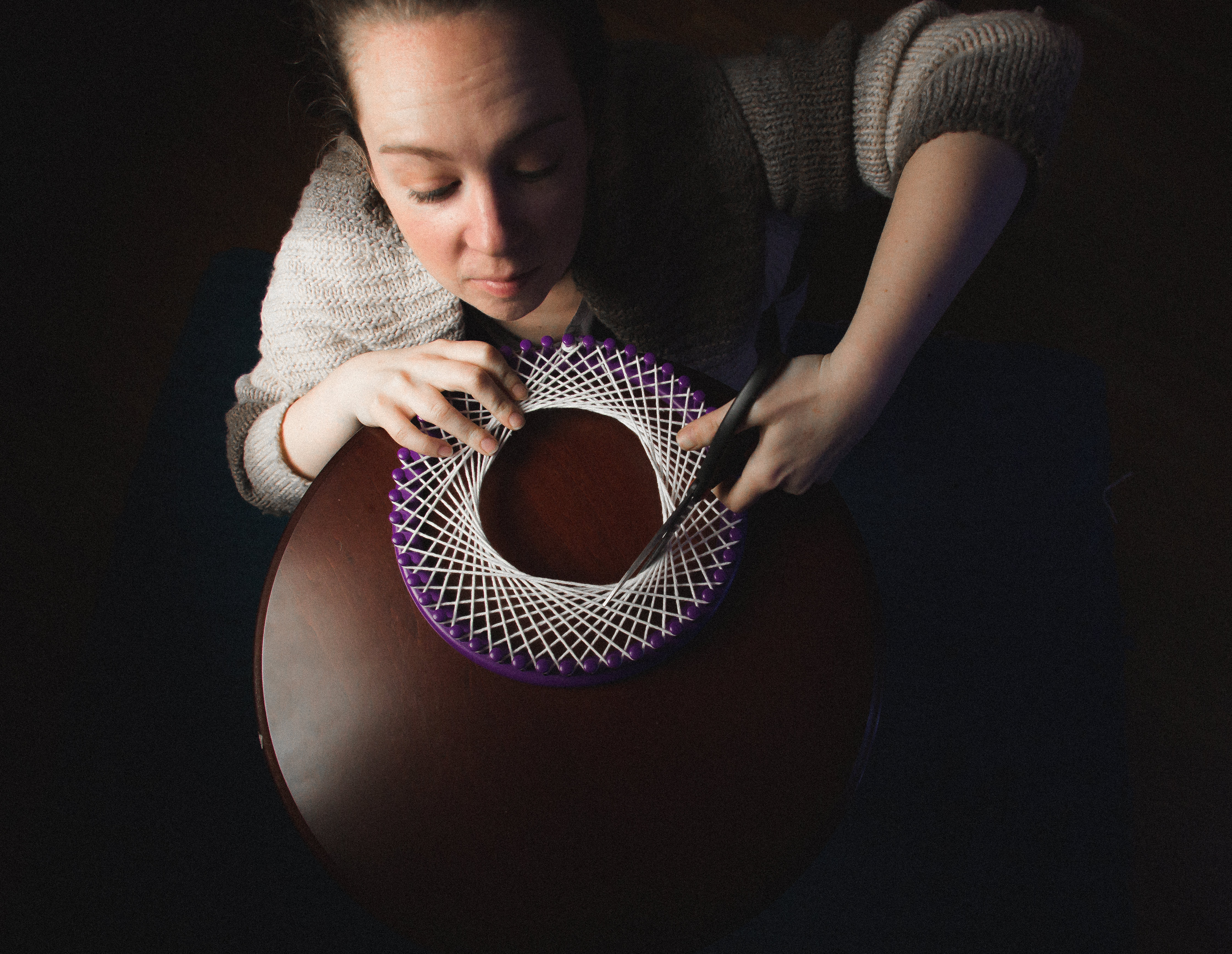 “Circle House” has three different paths, led by one of three different spirits—my guide was Devereaux (Emily Green)—and each accompanied by a different manifestation of time (Tick, Tack or Tock). They pour Tic-Tacs into your palm before the show. There are disclaimers of hallucinations and aberrations within the fabric of this universe so that we know that this isn’t like any standard night of theirs. These three spirits tonight are special because they can’t move on.

Using microcosmic events like water or a worm’s regenesis as metaphors for that wobbly-wobbly thing we call time, Devereaux pulled us through each room in the house trying in vain to explain why she has to let go of her past and what it is to die and return to the puddle of energy we call the universe.

To call this show ambitious might be an understatement: devised, site-specific, tackling issues of time, human memory and the meaning of death. How does one show handle it all?

You don’t really. After the third, each room feels more and more redundant, adding little to the mystery of the House or to Devereaux’s grief-stricken tale of her husband (Bryan Breau). Rooms have labels but the meanings of those rooms feels so totally improvised and informed by near-cliches. Breau and Green have a few saccharine-smile moments but Green felt so off-the-cuff that despite her acerbic charm, following her more than a few feet felt untrustworthy.

“Circle House” contains so much decorum of scale and natural laws beyond human scope. The architecture of this world is talked of much but not shown in practice: What are the rules of the house? Why are we needed to help these people? These rules could reign in and form a narrative that seems otherwise slapdash. Combined with a contextless world, “Circle House” seems to be an exercise in the pointlessness of repetition. (Jay Van Ort)

The Plagiarists at Berger Park North Mansion, 6205 North Sheridan, theplagiarists.org, $15-$20. Through May 27.