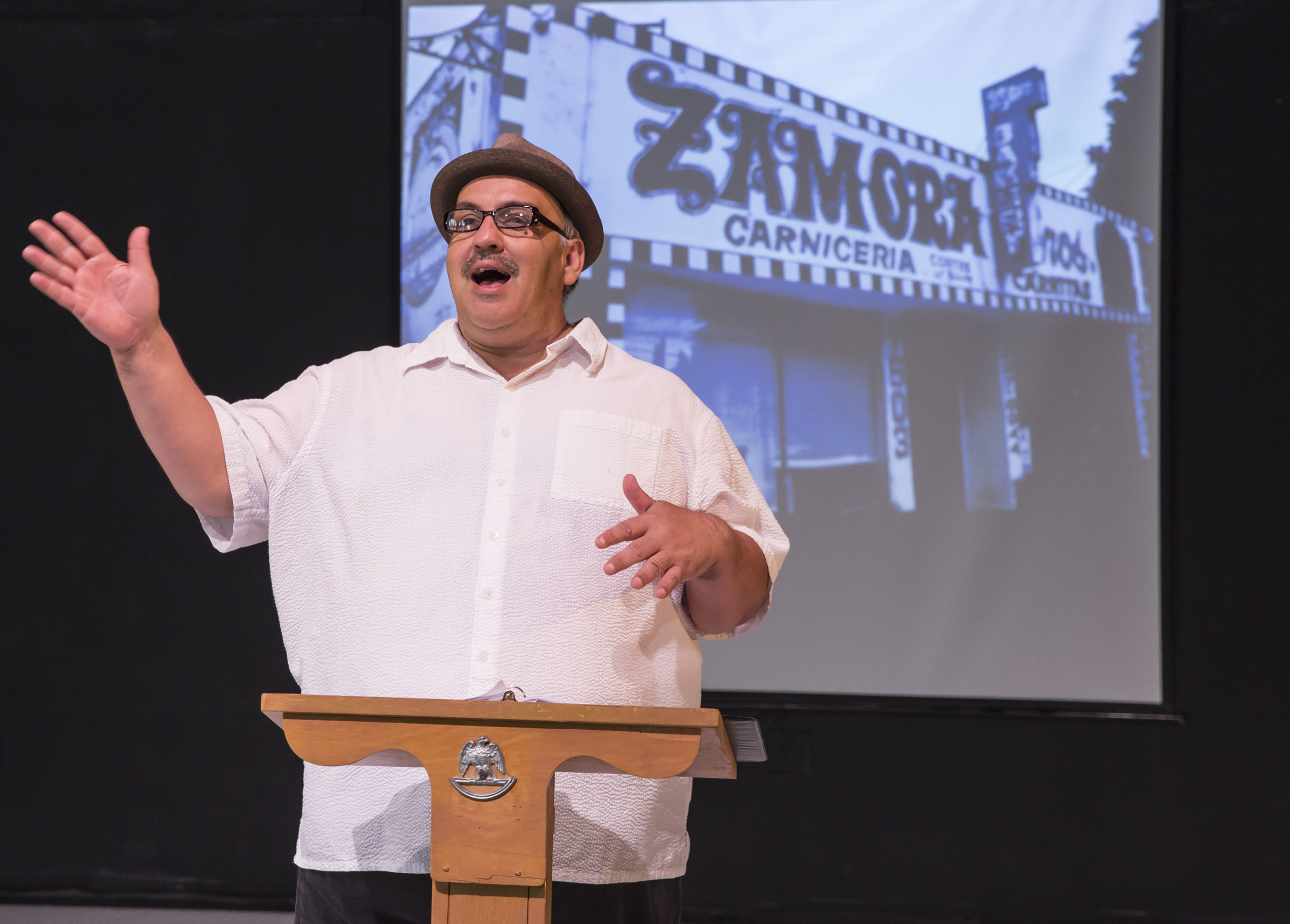 Performance art is a transgressive medium, designed to startle and confront. But when, early on in his one-man “St. Jude” monologue, Luis Alfaro tosses off an offensive joke about pedophile priests (“I was an altar boy at Latin Mass and not a single priest laid his hands on me–dammit!”), it sounds more oblivious than provocative. The line is a warning note, indicating that the artist is so wrapped up in his own narrative and emotions that he can’t always hear himself.

The California-based Chicano actor, poet, playwright, teacher and MacArthur Fellow is a skilled wordsmith and performer, able to convey heights and depths of sadness and anger. In this hour-long work about the decline and death of his father following a stroke, Alfaro speaks with earned authority about mortality and loss. “Death is the norm; life is the miracle,” he says at one point and the insight has real urgency.

But the writer-actor’s self-absorption tends to overwhelm these moments of lucid awareness. The story of his childhood as the son of an ardently Catholic father and Pentecostal mother is an interesting one, as he runs away at age sixteen to escape the unremitting religiosity of his home only to lose himself in an equally extreme and hysterical hedonism. We wish to learn more about the father who springs a come-to-Jesus religious intervention on his prodigal son one Christmas eve, yet dies not with a Christian prayer on his lips but rather a poem in the tongue of his indigenous ancestors.

For Alfaro, though, his father’s death is not so much a chance to reconnect with family as to reenact his own traumas. The aura of self-pity, present from the beginning, gets stronger as his father weakens. In one long sequence, he recounts a tale of childhood sexual abuse to his increasingly uncomfortable Jenny Craig weight-loss consultant then criticizes her for not making eye contact during his TMI meltdown. And when his father is slipping away in his bed at LA’s St. Jude Hospital, his son seizes the moment not to ease his passing with words of love and comfort but to confess his secrets to his father, thus soothing his own pain while monopolizing his dad’s fading attention.

The show’s stagecraft is lacking, with large windows overlooking a busy streetscape left uncovered. The piece is punctuated by readings delivered by audience members, providing illusory interaction, as well as by call-and-response hallelujahs and amens. But as much of the first part of the show is an attack on organized religion, it’s not clear who or what is being praised, other than the author’s own courage in the face of suffering. The work invokes St. Jude, patron saint of hopeless cases. Unfortunately, it’s more of a hymn to Narcissus, patron saint of self-indulgent performance art. (Hugh Iglarsh)