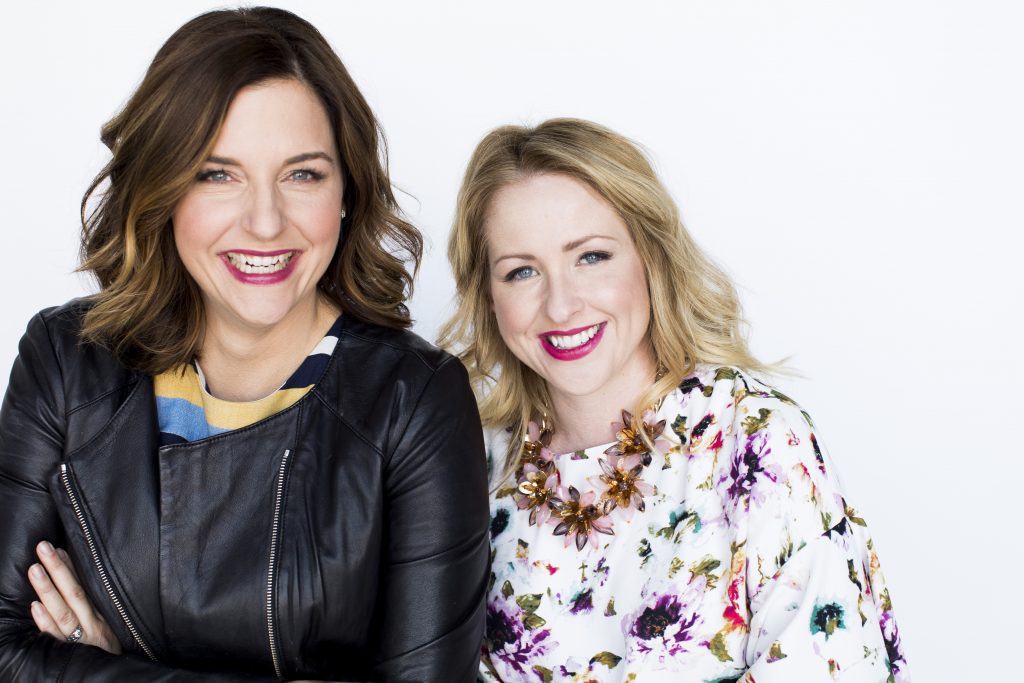 Until recently, the de facto way to talk about parenting in public was to gush about how fulfilling it was. Expressing frustration, confusion or even a lack of enthusiasm for any of the duties that go with caring for your offspring was a sign of weakness and—even worse—being a terrible, horrible, no good, very bad parent.

The parenting industrial complex has cashed in on parental anxieties for decades, glossy magazines flaunt celebrity moms back to their pre-pregnancy bodies in six weeks and women feel increasingly judged whether they decide to go back to work or stay home with their kids. It’s a lot to deal with.

As comedian Ali Wong said in her stand-up special “Baby Cobra”—filmed last year while she was seven months pregnant—“I don’t want to ‘Lean In’ okay? I want to Lie Down.”

Along with Wong, a growing number of women are seeking to tear down that facade and present motherhood in its raw, un-Photoshopped glory. The box office success of last year’s mom-com “Bad Moms” is evidence of this trend. And if the shows hitting Chicago’s stages are any indication, a proper mommy movement has been born.

In April “The Pump and Dump Show,” an interactive comedy and music show created and performed by comedians Shayna Ferm and Tracey Tee, came through Chicago for the fourth time. In early May the Athenaeum Theatre hosted the sixth—and final—season of the Chicago chapter of “Listen To Your Mother,” a national project dedicated to “giving voice to motherhood.” And in July, Kristin Hensley and Jen Smedley, the ladies from the popular webshow “#IMOMSOHARD,” have two shows lined up at The Vic as part of their first national tour.

If maternal angst is what ails you, maybe laughter is the best medicine. 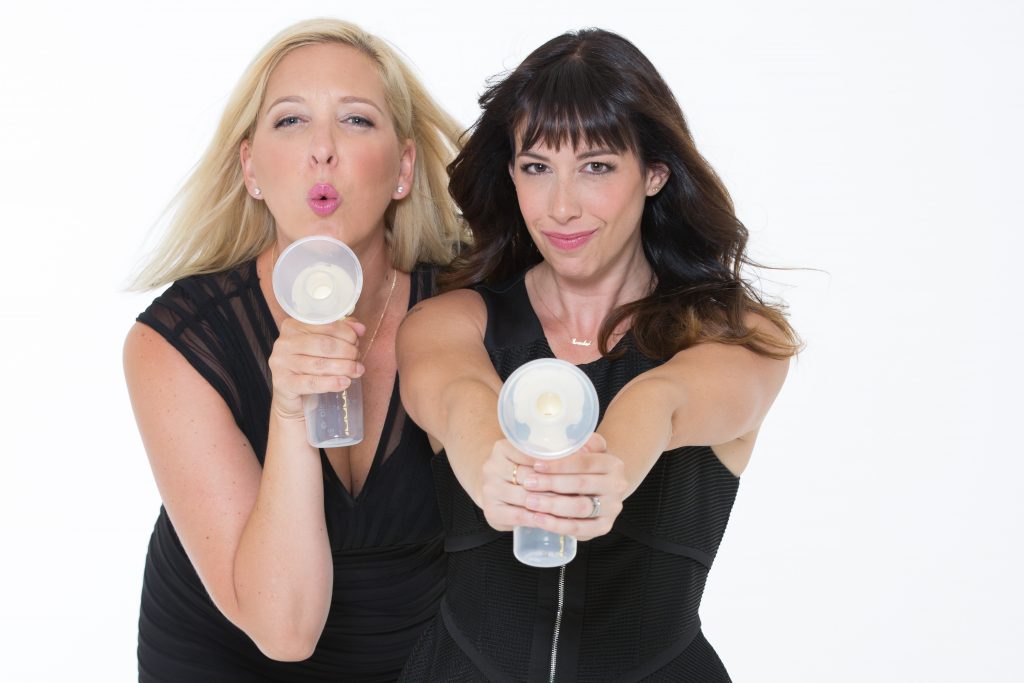 #IMOMSOHARD’s Kristin Hensley says that she and Jen Smedley felt driven to create their show for similar reasons. “We felt overwhelmed by this need to be perfect,” she says. “It felt like, ‘This can’t be the way it is!’ My friends don’t feel like that. I don’t expect that from other women, not by a long shot.”

None of these struggles and feelings of inadequacy are new—though social media cultivating and “have it all” messaging are certainly added stressors—but until recently mom-centric stories acknowledging that there is no such thing as the impeccably polished mothering experience of lore have been lacking from the mainstream motherhood narrative. And it’s not just new moms who are connecting with this newfound openness.

“We have grandmothers and great-grandmothers who message us and say, ‘We had the same thing going on back then—I wish we’d had you then,’” says Smedley.

The ability to fess up to and laugh about their own flaws is a common thread throughout these shows. Shared experience is a big part of the draw for beleaguered mothers who are doing their best to be the best but are looking for an outlet and a little validation.

Shayna Ferm says they hear a lot about validation after their shows. “The response we get is very much, ‘Now I can go back and do what I need to do every day because I’ve let some of this out and I don’t feel so alone anymore and I feel validated,’” she says. 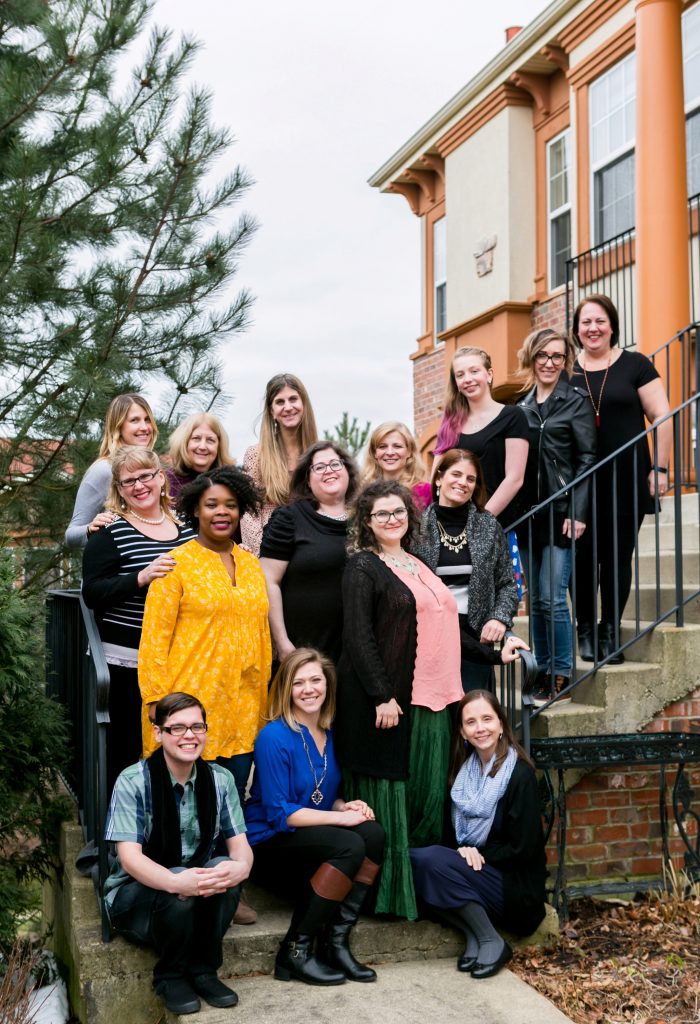 The cast of “Listen To Your Mother” Photo: Balee Images

Melisa Wells, co-producer of Chicago’s “Listen To Your Mother” show, says this is central to the objective of their productions as well. “We have something we call our ‘Me Too’ moments,” she says. “As the audience is leaving, usually when stories resonate they will see people in the lobby and seek that person out to tell them, ‘That could have been my story with just a few adjustments!’ It’s a huge thing with both the audience member and the cast member getting that connection.”

Connection is key. Parenthood, especially in the early months and years, can be a stressful and sometimes lonely adventure. Like with any challenging experience, commiserating with others who are going or have gone through the same thing can be cathartic. And being able to acknowledge and even joke about the most trying—and potentially embarrassing—times is a huge help.

“You do feel isolated as a mom or a dad, especially with new kids,” says Tee. “You’re just sort of terrified all the time and just convinced that every decision you’re making is the wrong one. There’s a lot to laugh about. There’s a lot that everyone has in common: Everyone has poop under their fingernails. Everyone gets spit-up in their mouth. I mean these are things that are fucked up that everyone can laugh at.”

As a side note to the era of inclusivity we currently find ourselves in—and a reminder that you don’t have to be a mom to enjoy these shows—all of the women I spoke to made it very clear that though their content may be extremely mom-focused, their shows are for everyone and they love having men in the audience. (In fact, at “The Pump and Dump Show” all men get a free shot “just for making it through all that estrogen.”)

If there’s one central conceit that these shows—and perhaps all types of productions that make up the mommy movement in general—have in common, the thing that drew these artists to create their projects in the first place and helped them grow their audiences so quickly and organically, it’s a goal of providing comfort, affirmation and solidarity to anxious mothers everywhere, letting women know that despite what parenting books or social media or their own parents may tell them, they don’t have to be perfect to be good at this.

Hensley puts it a bit more concisely: “I just think that if we’re all okay with being a seven… that’s a day to celebrate.”