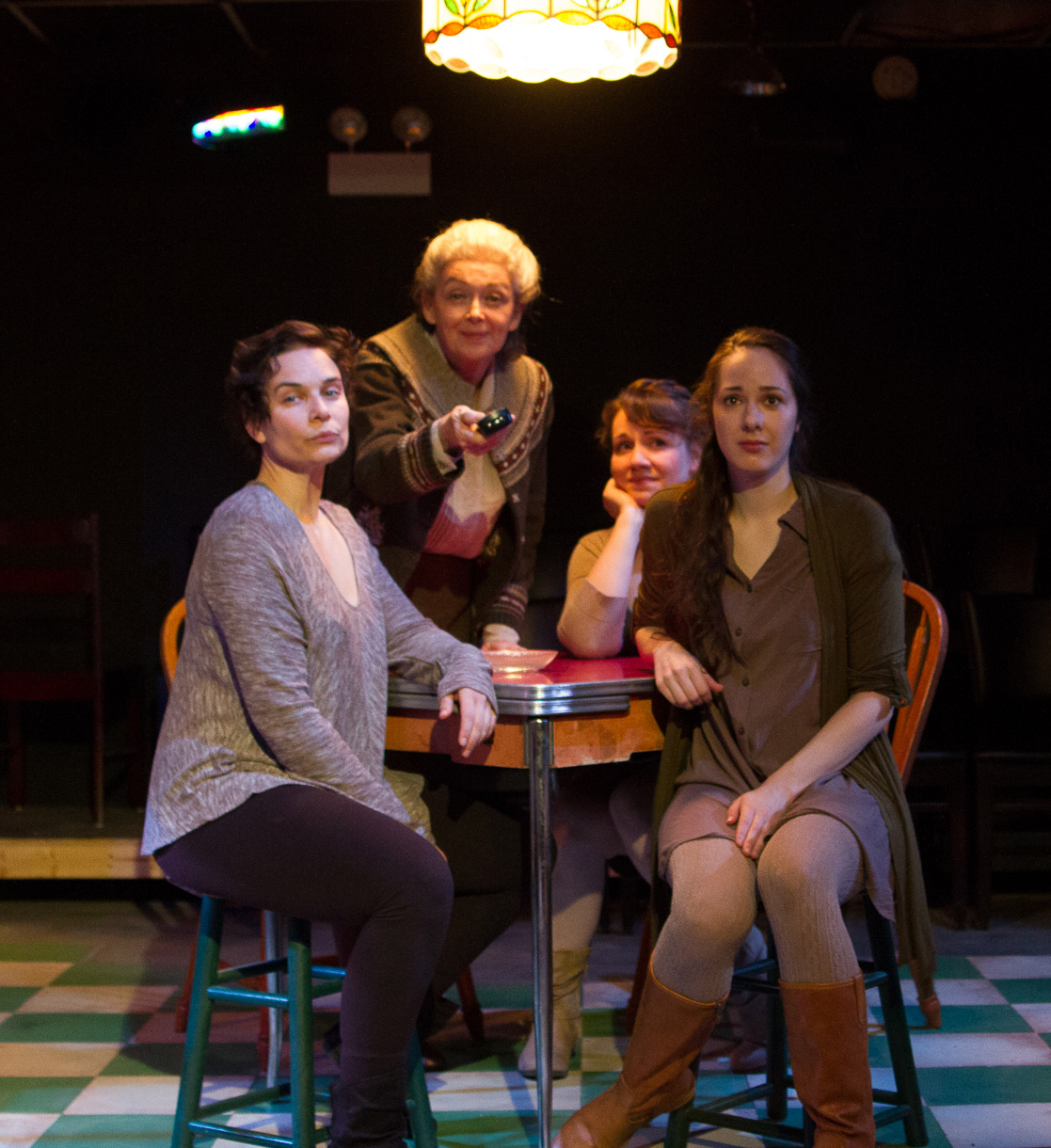 Set in Ireland sometime between the advent of mobile phones but prior to their ability to stream pornography and featuring a milieu of emotionally repressed adults drinking themselves to death to pass the time, Strawdog Theatre’s “The Night Season” is in the running for least-essential production of 2017, capping a season that has seen the temporarily itinerant company attempting to locate both a new home as well as some kind of meaning in their nomadic existence.

Where director Elly Green’s attention to minutiae worked exceedingly well in her last outing with Strawdog, here the play’s two hours and forty minutes feel eternal and not in a way that lends perspective to the struggles of its entourage. This show could easily lose an hour and still have a leg to stand on. Compensating for its abundance of duration is a noticeable lack of purpose. A work with women at its center, “The Night Season” does noticeably more to both willfully and incidentally enforce patriarchal norms than it does to challenge them.

Ostensibly a play about the three daughters of a mother who abandoned them and their fraught relationships with each other, their father (Jamie Vann), his sister-in-law (Janice O’Neill) and the various men they interact with including a mysterious stranger (John Henry Roberts), an actor in town to shoot a film about W.B. Yeats, “The Night Season” finds its women in a constant state of capitulating and catering to the delicate sensitivities of the emotionally illiterate men in their lives, each seemingly more incapable of expressing themself than the last.

Judith (Justine C. Turner) is a librarian whose former flame (Michael Reyes) still pines for her and threatens to move to London when it becomes clear that she has moved on. The wild Rose (Michaela Petro) falls into bed with the aforementioned actor but rather than relishing her sexual liberation she instead imposes guilt upon herself when he inexplicably retreats from her. Maudlin Maud (Stella Martin) has a boyfriend who is literally never seen though she still manages to make excuses for his tendency to put global politics ahead of their sex life.

That each of these women end up in the arms of a man in the end is all the more upsetting since all the characters in Rebecca Lenkiewicz’s play would benefit from some dedicated alone time, sans whiskey or wine bottle. That may not sound very dramatically satisfying but neither is the result of so much pent-up desire, which here has a tendency to come in big, unexpected bursts only to sizzle out as quickly as it came. When the women finally get around to identifying the primary source of their woes (namely: The Patriarchy), they do so with the same air of resignation with which they do most everything else including participate in their own subjugation.

The overall quality of acting skews so high that it may make you wonder if the cast is compensating for the obvious deficiencies in the script. The characteristic Strawdog aesthetics are easy enough to identify: Mike Mroch’s decidedly dingy set, Heath Hays’ subtle sounds, Claire Chrzan’s atmospheric lighting. Were all the same folks employed on a play of greater urgency and purpose, the result would have been undoubtedly more impactful.

For their upcoming thirtieth season, the company will be moving into the former home of Signal Ensemble and, briefly, Oracle Theatre. Hopefully this newfound constancy will allow Strawdog to focus on finding plays better suited to their myriad strengths. (Kevin Greene)