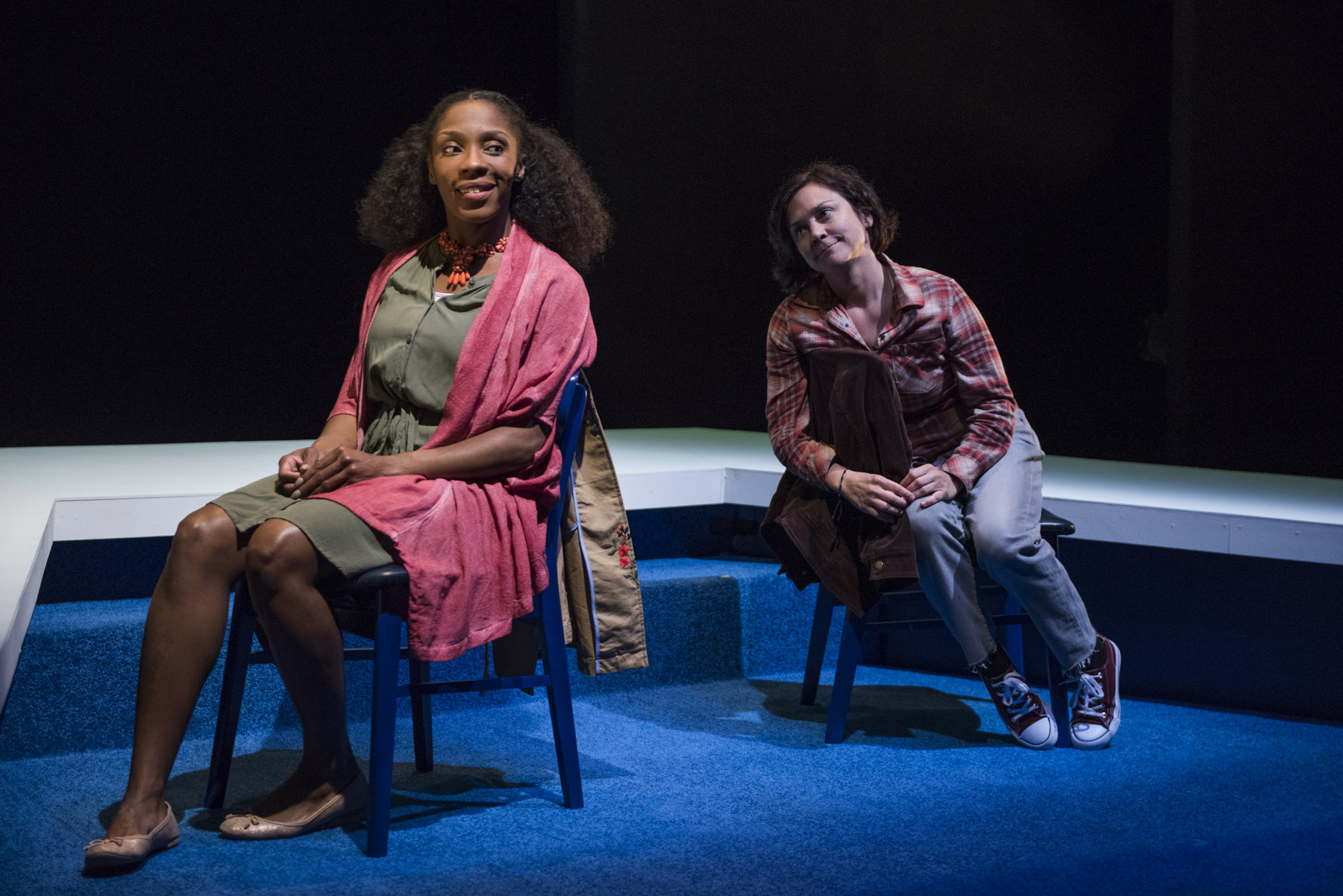 The half-life of a radioactive element is a measure of the speed of its decay. In Tanya Barfield’s “Bright Half Life,” Erica (Elizabeth Ledo) uses these words to describe a supernova of a dying star or, more likely, a satellite to her lover, Vicky (Patrese McClain), as they hover or waver, trapped or merely waiting, in a clanking, stalled gondola of a Ferris wheel. Erica is tense with fear of falling and Vicky is nostalgic with memories of her youth. Neither is fully cognizant of the minor common tragedy of never quite being in the same place and time as the one that you love, except where hands meet and clasp (or, here, clutch in desperation).

Vicky and Erica are a couple you’ve met before or maybe are—Vicky is the organized achiever, the only black female supervisor in the company where she works, tidy, punctual and proper. Erica is a dreamer, a romantic, a big talker, a PhD without a real job. Together they fly kites and jump on beds, bicker about dental floss and hair in the drain, get sick, raise kids, have sex, pontificate, dread, experience and, ultimately, abandon marriage. There’s no drama or conversation you likely haven’t heard before.

What lifts the play from cliché is its form, in which the story is told in brief flashes that buffet its protagonists in the surges and whirlpools of time, jolting the audience through a series of rapid-fire emotional states that make the highs and lows flicker like the frames of an old film. Ledo and McClain rise to the occasions. As Erica, Ledo is a ham whose swagger belies her fragility. McClain’s restraint reflects Vicky’s borderline cis qualities and her desire to succeed on capitalist terms.

Barfield’s play favors the personal over the political—there is a token conversation on race and only passing mention of being gay. “Bright Half Life” is just about the life of a relationship—its ups and downs, its finite nature. (Irene Hsiao)