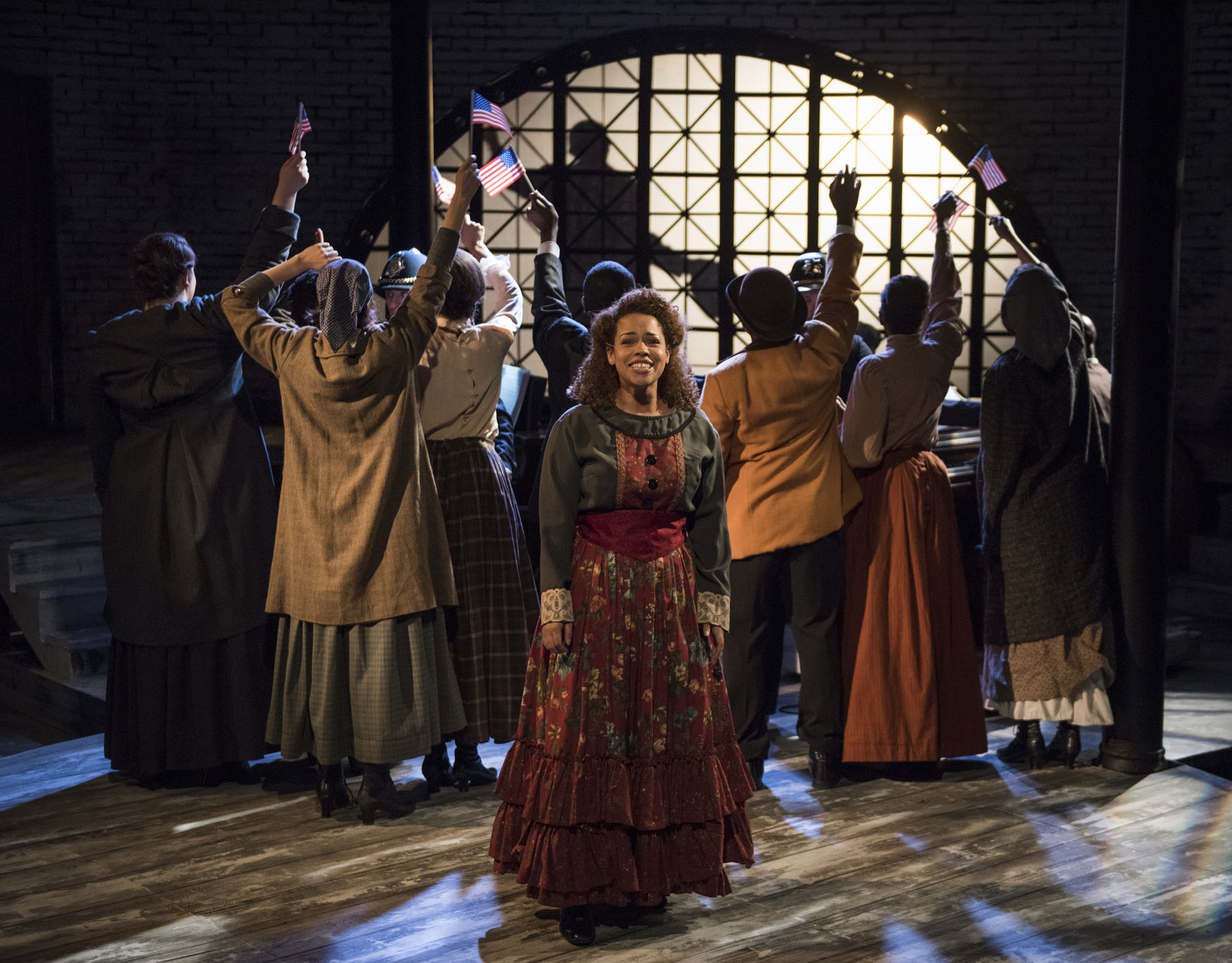 Griffin Theatre Company closes out its 2016-17 season with a very lofty and lavishly produced staging of “Ragtime.” Based on a novel by E.L. Doctorow, “Ragtime” opened in Toronto in 1996 before moving to Broadway a couple of years later where it earned thirteen Tony Award nominations before being edged out by “The Lion King” for Best Musical.

Originally adapted by Terrence McNally (book), Lynn Ahrens (lyrics) and Stephen Flaherty (music), the musical opens with several numbers focused on an impossibly wealthy and white family living in a world where it “seemed for some years thereafter that all the family’s days would be warm and fair.” This American perspective is then contrasted neatly by that of a Jewish immigrant as well as an African-American musician hoping to build a better life for his family. Fleshing out the story are cameos by a wide array of historical celebrities including Harry Houdini, Evelyn Nesbit (perhaps America’s first reality star), anarchist Emma Goldman, Henry Ford and Booker T. Washington. The latter is given the most serious consideration and the stories, like its namesake music, frequently overlap in a jagged and syncopated manner.

Director Scott Weinstein tells this story with twenty-one actors, two pianos and several other wind and string instruments. This large ensemble is mostly put to good use although at times the production feel a bit constrained in the comfy confines of the Den Theatre’s Heath Main Stage. Denzel Tsopnang puts in a simply mesmerizing and deeply felt performance as the proud African-American musician Coalhouse Walker, Jr. His presence is an anchor throughout the production. Starring opposite him is Katherine Thomas who sings the daylights out of her big solo “Your Daddy’s Son.” Other memorable performances include Jason Richards as the somewhat manic Jewish immigrant Tateh who wants nothing more than to give his little girl a better life.

The high production values (along with Matt Deitchman’s novel orchestrations and the music direction of Jermaine Hill and Ellen Morris) go a long way to paper over the uneven and often contrived story lines. Heck, even the theater’s bar has a swank, speakeasy feel to it and the production as a whole sings with an infectious groove. (Noel Schecter)