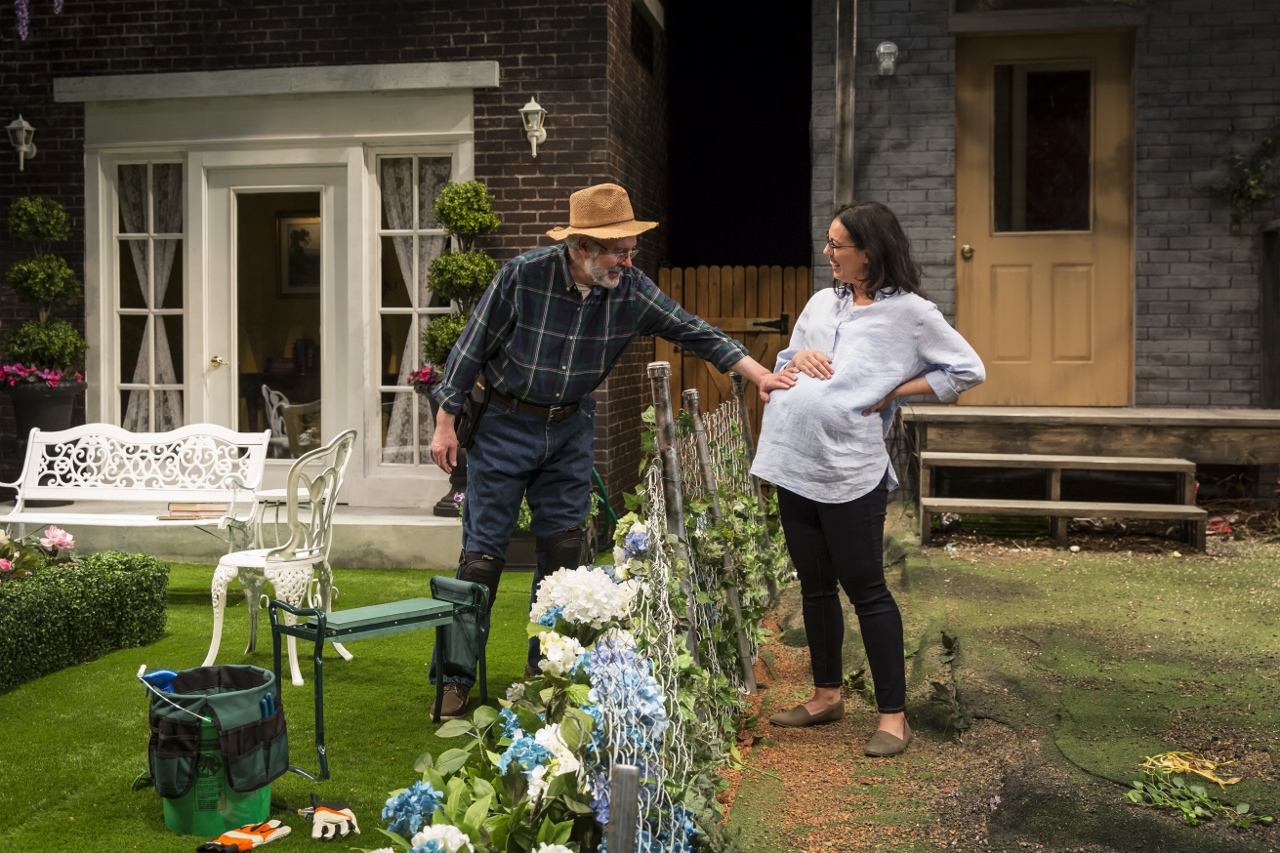 In many urban American cities, houses are so close together that neighbors can see into each other’s backyards. Fences are often put up, not just to give a sense of privacy but to mark property lines, creating a visible boundary to declare what belongs to each party. What happens when those fences wither and that border line deteriorates? Moreover, how does life change on both sides of the fence when new neighbors move in?

Virginia and Frank Butley (Janet Ulrich Brooks and Patrick Clear) love their D.C. neighborhood, with its houses dating back to the early twentieth century. When Tania and Pablo Del Valle (Paloma Nozicka and Gabriel Ruiz) move next door, the Butleys couldn’t be happier to have real neighbors after years of renters moving in and out. When Pablo invites his entire law firm to his and Tania’s new home days after their move, the Del Valle’s have a week to make a fixer upper look like the home of the firm’s potential next partner. When they discover the Butleys grew a garden bed on what is now the Del Valle’s property, the two households struggle to figure out where a new fence should be built, and who has rightful ownership of the land. All of this occurs with both a neighborhood garden competition and the due date of the Del Valle’s first baby quickly approaching.

By looking at how one family, deeply rooted in a community, interacts with a new family who’s starting to plant the seeds of their life right next door, Zacarías shows that there are two sides to every story. The play drives home the fact that sometimes finding a compromise isn’t easy but it can be for the best, especially when both parties want to peacefully exist. (Mary Kroeck)