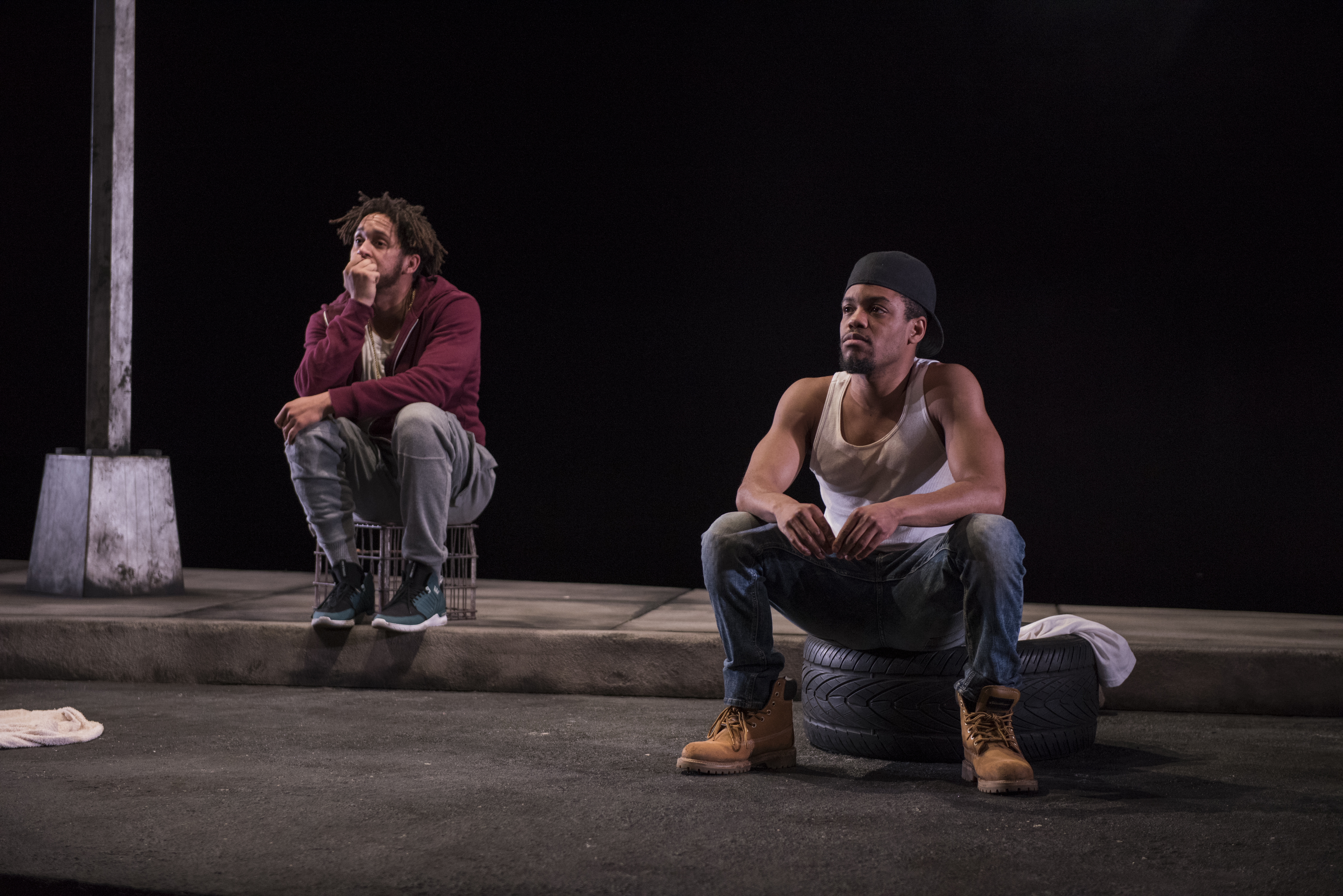 To say that “Pass Over” is essential to Chicago’s ever-evolving story is a radical understatement. The perspective of playwright Antoinette Nwandu, transposed on Moses (Jon Michael Hill) and Kitch (Julian Parker), who are inspired by young black men Nwandu met as a community college teacher, merges harmoniously with Samuel Beckett’s existential hobos Vladimir and Estragon. What Nwandu manages to do, in mirroring these two men waiting, is also bring Beckett’s iconic fiction into stark reality.

The clearest difference between Vladimir and Estragon and Moses and Kitch? Beckett’s men never had a true intention of leaving. Moses and Kitch just might have—if gunshots or racist slurs or death threats were not fired their way at every attempt to pursue a better life.

Stagnation and existential dread become just side effects of the constant fear of death. Waiting transforms into danger. Recent tragic events in Chicago and the economic, social and political disparity surrounding race in America are rife with complexities and nuances that detract from the essential perspective at hand: an innocent life has been lost due to systemic racism.

Parker’s debut on Steppenwolf’s stage is explosive. Every micro-movement of his limbs, his facial expressions feels deliberate and nuanced. He is a delight to watch. The way in which he uses his space, his height and emotion through physical display is artful. His dynamic with Hill, from their encounters with one another to how they interact with Mister and the policeman (both played expertly by Ryan Hallahan), to the parable-like fantasy they lead the audience into, is palpable in tenderness and always in sync.

There has been critique given to Nwandu’s presentation of the white characters Mister and the policeman as being deliberately straightforward, unnuanced and solely defined in their elitism and racism. But, this is also how black individuals are often depicted, as well: unnuanced and solely defined by their race. More importantly, the perspective on the stage seems to be that of our duo: from their view of the white man to the parable-like fantasy they envision for themselves as they attempt to leave the streets.

Great theater sparks and yearns for dialogue, confrontation and introspection from everyone involved—most especially the audience. “Pass Over” does just that in a conversation that extends beyond the streets, beyond the theater doors as we too attempt to pass over. (Danielle Levsky)