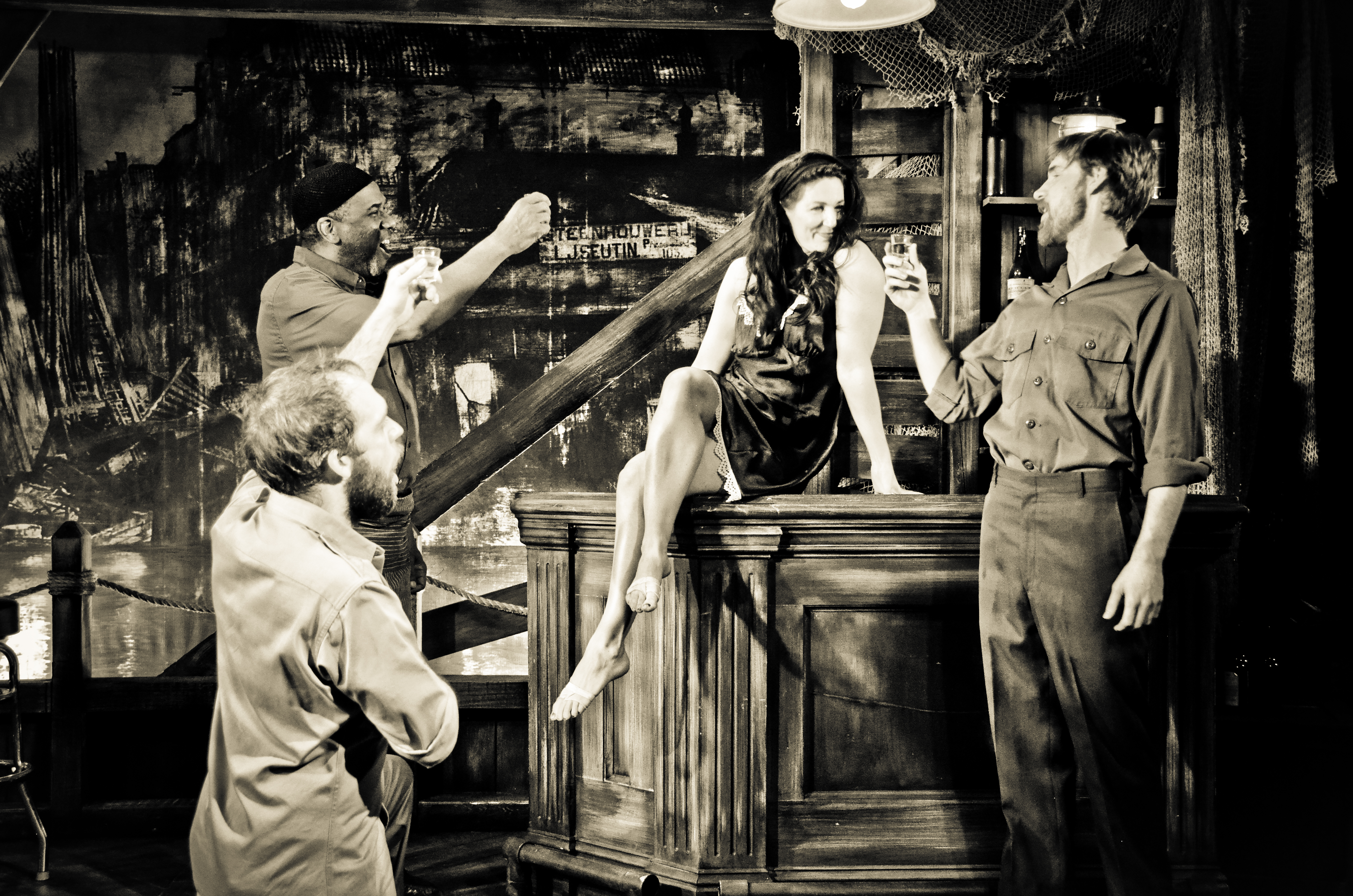 The revival of Theo Ubique Cabaret Theatre’s 2009 musical revue to close out their current season didn’t quite make it back to the land of living, rather sticking somewhere in purgatory. The direction of Fred Anzevino, music direction of Jeremy Ramey, choreography of David Heimann and stage management of Mina Slater all set up this tale of sailors at port in an Amsterdam bar harmoniously and perfectly. And yet, the beauty and melancholy of Belgian singer-songwriter Jacques Brel’s musical lyricism seemed dimmed, numbed somehow.

No Exit is fittingly transformed into a port tavern. The cabaret-style setting before the start of the show contributes to the chummy and wayfarer atmosphere of sailors docking for the night. Individually, the cast is able to render strong performances, with beautiful vocal range and tune but ensemble numbers lose their sparkle as every player’s character fades into the background. The depth of their character history only shines through when the individual voice is at the forefront rather than sustaining their presence and not disconnecting throughout every chanson. Like a crew at sea, they must work harmoniously together to keep the ship afloat.

The show is carried by Jill Sesso (Woman), who delivers the most intense and potent ballads, who entices and breaks the hearts of not only the sailors but the audience too. She shines in “Lonesome Losers of the Night” and “Don’t Go Away.” Neil Stratman (Man 2) awakens in “Don’t Leave Me,” his duet with Sesso where we momentarily experience the heart-wrenching feeling in Brel’s music.

There is potential throughout aptly-named No Exit Café for the actors to explore what it means to be a lost soul, a “lonesome loser.” We need to see them ache. The yearning we have as an audience for the cast to fully succumb to the intensity of Brel’s music is unfortunately lost. (Danielle Levsky)