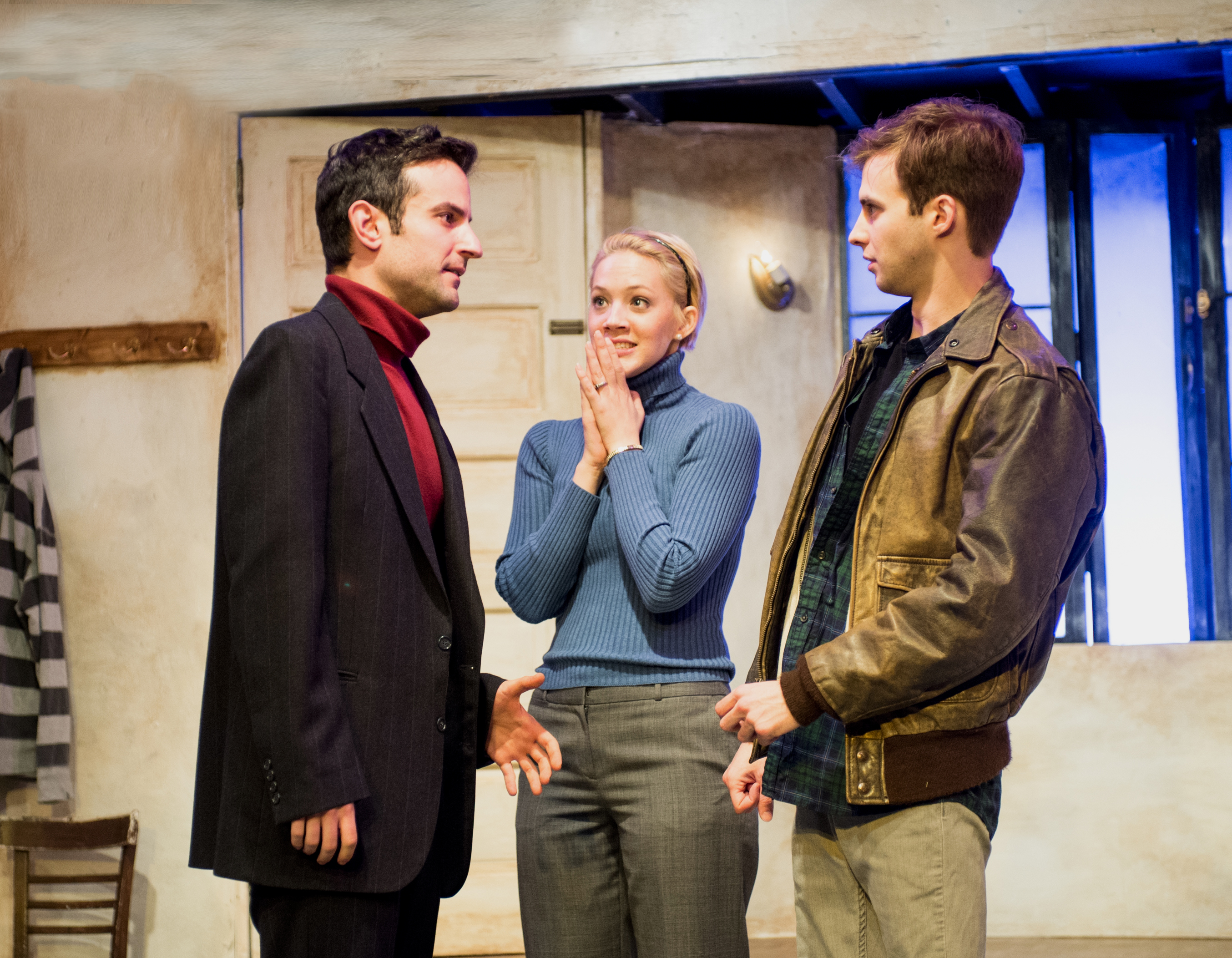 Richard Greenberg’s poetic and musical script meets the calculated direction of Derek Van Barham and immediately compelling performances from Kate Black-Spence (Nan/Lina), Niko Kourtis (Pip/Theo) and Kyle Curry (Walker/Ned) in this captivating production of “Three Days of Rain.” The first act, set in the present, features the children of famed architects and establishes family mysteries; the second act is set in the past, where the actors now play those who created the family mysteries and reveals the many depths to the secrets they create.

Heartland Studio is a small and intimate space with a full house of roughly thirty people, which acts as a wonderfully fitting theatrical device to match the closeness of the characters and the characteristically petite size of their NYC apartment. Such close quarters make it all the more important to catch every nuanced expression, movement and breath between the three actors.

Because Black-Spence, Kourtis and Curry alternate between portraying their children and parents, the shift in character is palpable the moment they walk on stage. And how they walk, move and essentially dance between each other and the ghosts of their past and future is like an accompaniment melody to the lyrical script. Curry, in particular, grabs the attention of the entire space both in dialogue and monologue. His shift from the neurotic “impossible person” that is Walker to the humble and nervous Ned is crystal clear. With small movements and interrupting lines that steal the audience’s attention, he transitions to being the one in the background. Overall, all three actors’ grasp of character and intense emotion between them is incredibly strong.

The production seeks to find truth through the nuance of the actors’ generationally repurposed emotions, repetitive reactions and nervous tics. As the audience learns by the end of this piece, perception and memory are powerful tools in determining truth, be it for personal or public cause. (Danielle Levsky)