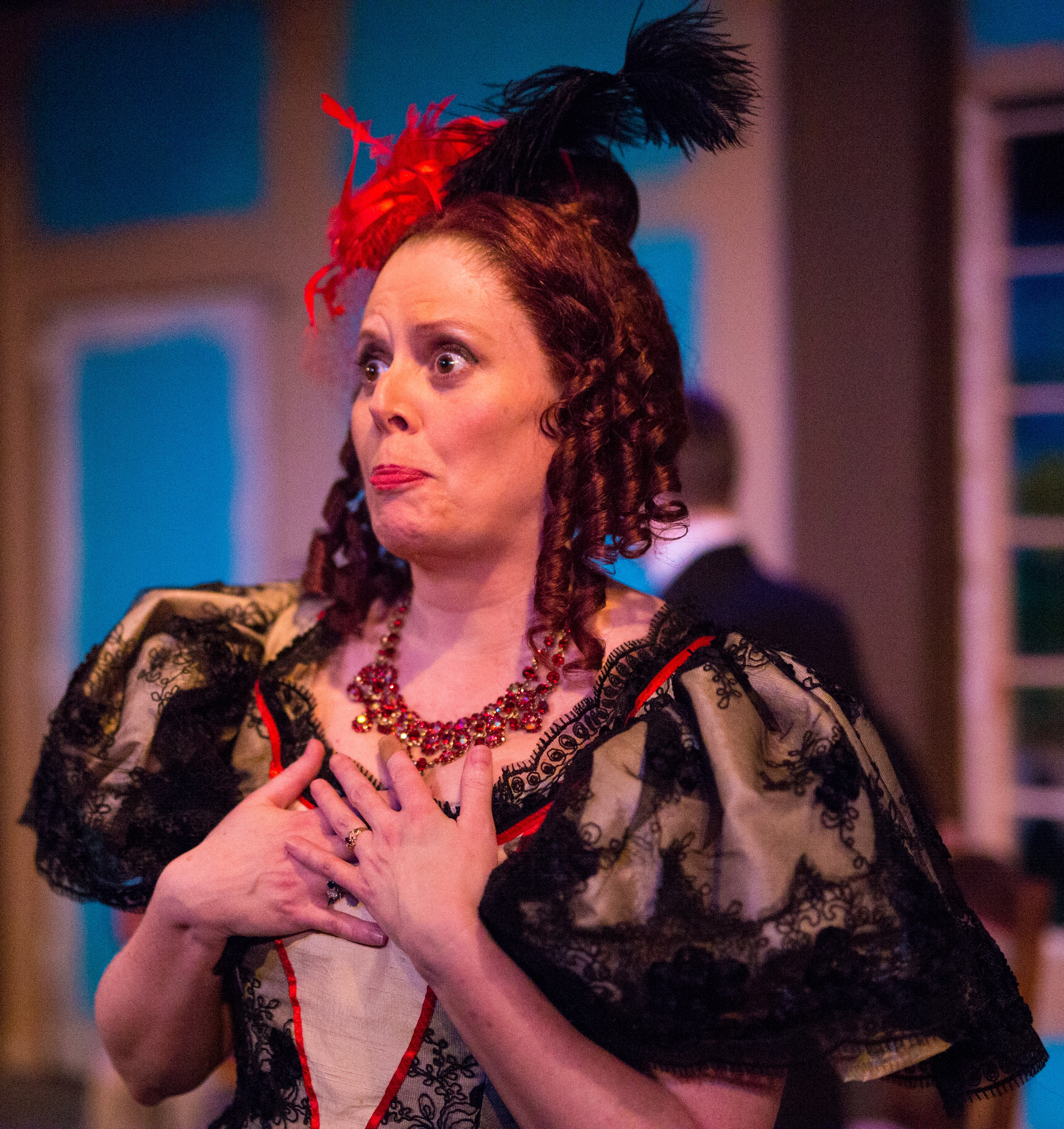 City Lit’s production of “London Assurance” offers a traditional yet satisfying Victorian comedy. Originally written in 1841, the giant cast of characters and the “asides” used gratuitously to reveal characters’ inner thoughts are uncommon in modern theater, to say the very least. And yet, director Terry McCabe’s team makes two hours and thirty minutes engaging and enjoyable.

London dandy Sir Harcourt Courtly (Kingsley Day) and his household begin this farce. Courtly intends to marry Grace Harkaway (Kat Evans) but Harkaway finds herself in love with his son and Courtly finds himself in love with the fiery Lady Gay Spanker (Cameron Feagin). Hilarity ensues as the characters ramble through cases of mistaken identity and Victorian back-and-forth banter.

As an ensemble, they play off one another in a natural way, despite moments where their accents waver and scene changes endure for slightly longer than needed. Day, Kraig Kelsey (Charles Courtly) and James Sparling (Squire Max Harkaway) also give stunning and hilarious performances.

Probably the most surprising part of Irish playwright Dion Boucicault’s play is his light-speed-ahead representation of women. Grace Harkaway and Lady Gay Spanker are both strong women in their own right. Evans’ delightful portrayal of Harkaway presents a woman who is tactful, emotionally savvy and financially independent. Feagin delivers a standout performance as Spanker, a woman who is cunning, in control of herself and her husband and ambitious in her pursuits, both as a huntress and social opportunist. Refreshingly, they are anything but typical in this time period, where women are most often portrayed as overly emotional and hysterical. (Danielle Levsky)