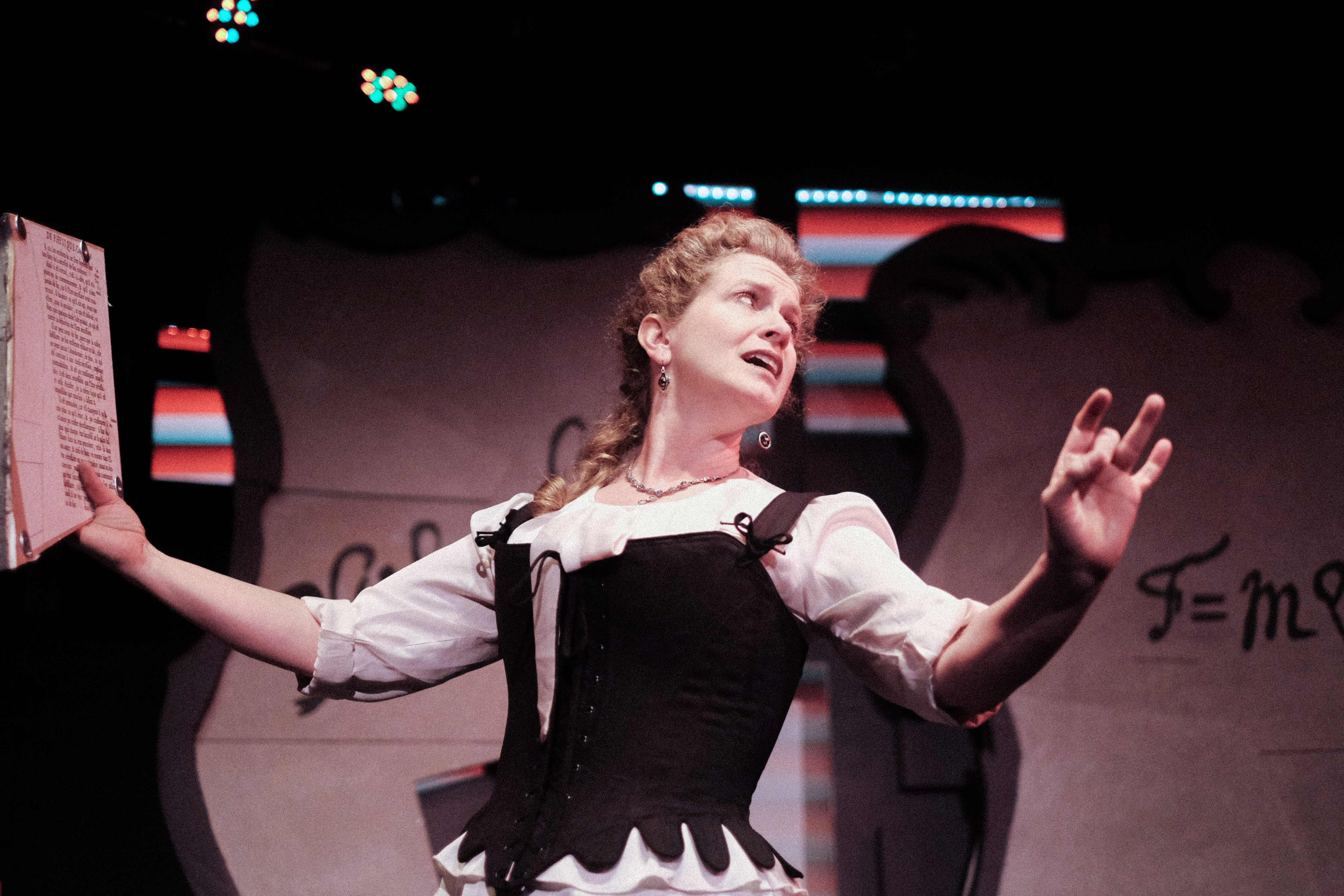 “The mouth should be kept closed while thinking,” advises Madam (Gay Glenn) to Emilie (Laura Sturm) in their only exchange in Lauren Gunderson’s “Emilie: La Marquise du Châtelet Defends Her Life Tonight.” Such an instruction is antithetical to the cultivation of intellectual profile—and also illustrates the primary difficulty of producing a play about a character whose accomplishments manifest as books, particularly on subjects such as mathematics and physics. Gunderson’s solution, notwithstanding the fascinating trajectory of the life, loves and intellectual pursuits of the remarkable Emilie du Châtelet, is not quite an elegant one: Emilie, who devoted her life to science, apparently dies so unsatisfied with her understanding of love that she comes back for one night only to work out its value relative to philosophy.

“It was a thought experiment, not a thought!” retorts Emilie to her paramour, the poet, dramatist and philosopher Voltaire (Joel Moses), whom she calls “V” (or, perhaps, “vie”?), when she tosses out the notion that perhaps they could have a child. It’s a dodge for the clever and there is plenty of cleverness to get out of the inevitably melodramatic miming of scientific endeavors in favor of the far more theatrical banter of lovers at odds, women raging against the strictures of their times, courtiers being catty and other wellsprings of dramatic conflict. This is not to say that the play is dull, merely that it sacrifices a relationship to cerebral and historical sincerity in favor of entertainment and thus fails its own premise.

Organic Theater Company has splendid actors and does not disappoint in execution—Sturm is a forceful Emilie, Moses an enticing Voltaire. In the chameleonic roles of Soubrette, Madam and Gentleman, Sara Copeland, Glenn, and John Arthur Lewis embody a whole class of French society among themselves, despite an apparent ensemble-wide contract to enunciate French badly. As a scholar and pioneer, the marquise of Châtelet should be remembered—with complexity. (Irene Hsiao)