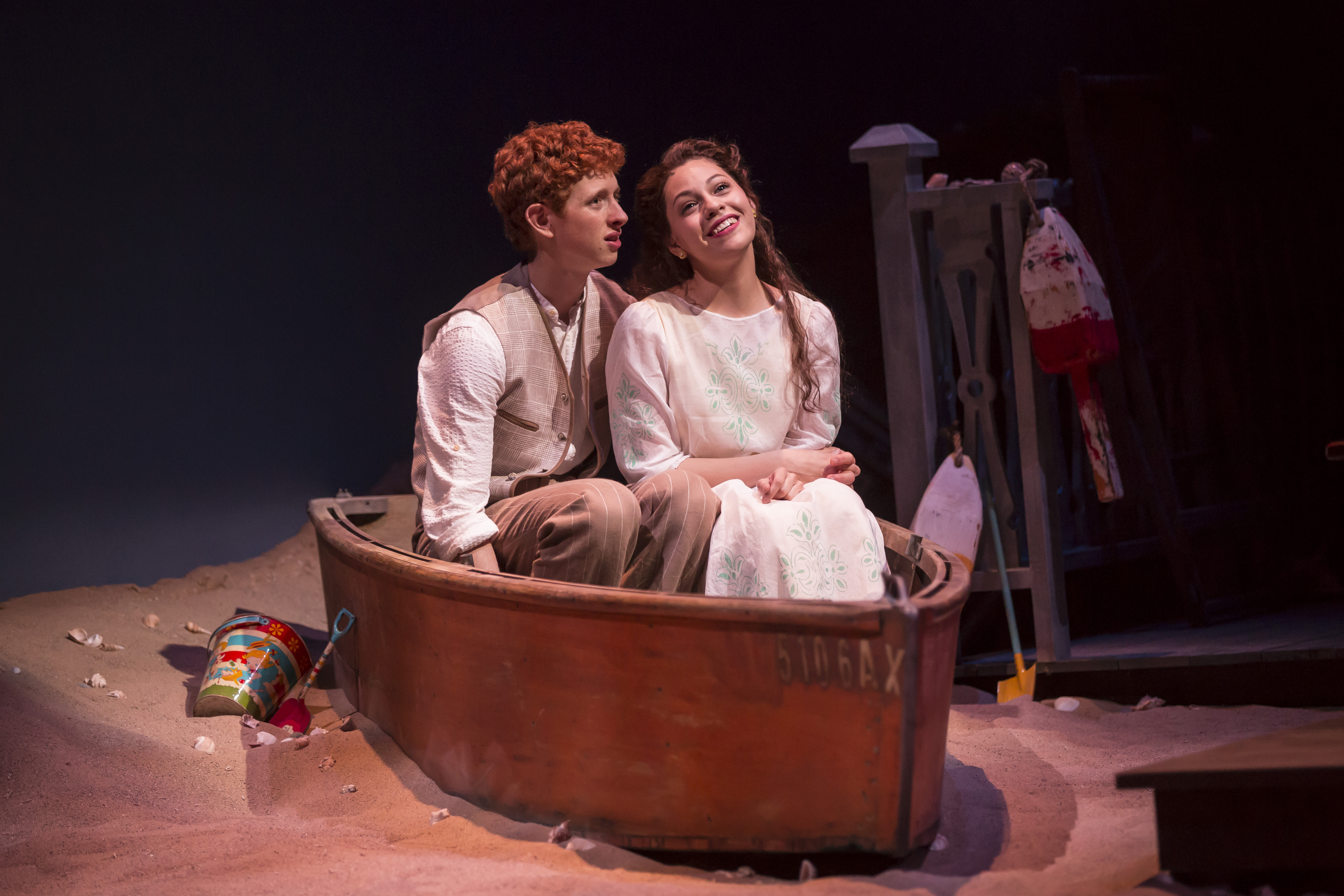 Two curtains rise at the start of Goodman’s “Ah, Wilderness!,” Eugene O’Neill’s nostalgic comedy. The first is opaque, opening upon Todd Rosenthal’s lavish, painterly set. The second is translucent, a gossamer scrim that gives a brief, dreamlike glow to the proceedings, hinting at the fantasy world we are about to enter.

It’s one of many deft touches by director Steve Scott, who with this production steps down as producer at Goodman, the theater he has been associated with since 1980. “Ah, Wilderness!,” a lighthearted look at adolescence and transition, with just a touch of melancholy around the edges, makes for a nice swan song.

Set in Connecticut on a July 4 early in the last century, the play has a hyper-normality verging on the surreal. While the playwright’s actual childhood, as depicted in “Long Day’s Journey into Night,” was a nightmare of epic-scale family dysfunction, “Ah, Wilderness!” comes off as a late-Victorian sitcom, complete with a somewhat thick but loving and concerned paterfamilias (played by Randall Newsome) and a nervous, ever-hovering mother (Ora Jones). She is not quite sure how to detach the apron strings from her increasingly restive son Richard (Niall Cunningham), who devotes himself to socialism and “indecent” poetry.

In the wings are Richard’s three siblings, a black-sheep uncle (Larry Bates), a maiden aunt (Kate Fry) and various friends, neighbors and townspeople. It all adds up to a portrait of not just a character but a whole country moving–very tentatively–from traditional certitudes and strictures toward modern conflicts, ambiguities and possibilities.

All of the characters are types; none has much of an arc. What they do have is an unselfconscious charm and ingenuousness, especially in the case of young Richard. With his blazing red mane and rubbery visage, Cunningham makes an instantly likable protagonist, bringing out the intelligence and sensitivity underneath all the angst and drama. His recitations of Swinburne, Wilde, Ernest Dowson and other Decadent poets of the 1890s is a highlight of the show, as Cunningham puts his heart into the lyrics’ over-the-top romanticism and avoids even a hint of twenty-first-century irony or snark.

The production’s fifteen-member cast provides a lesson in ensemble acting, with no weak links or grandstanding. Larry Bates as the naughty uncle deserves mention for the Falstaffian brio he brings to his very funny drunk scene. Amanda Drinkall is solid and sexy in the role of Belle, the town floozy with a heart of zinc.

In what passes for the play’s plot, Richard manages to resist Belle’s blonde locks and frisky ways and finds renewed love with his tepidly conventional high-school sweetheart (Ayssette Muñoz). In the end, Richard’s alcohol-fueled high jinks dissipate like a midsummer night’s dream as he prepares to go off to Yale and young adulthood. But this play isn’t about plot–it’s about capturing the feel of life at the moment the sap begins to rise. And in this the production succeeds, gracefully rendering the combination of awkwardness and promise that is youth. (Hugh Iglarsh)