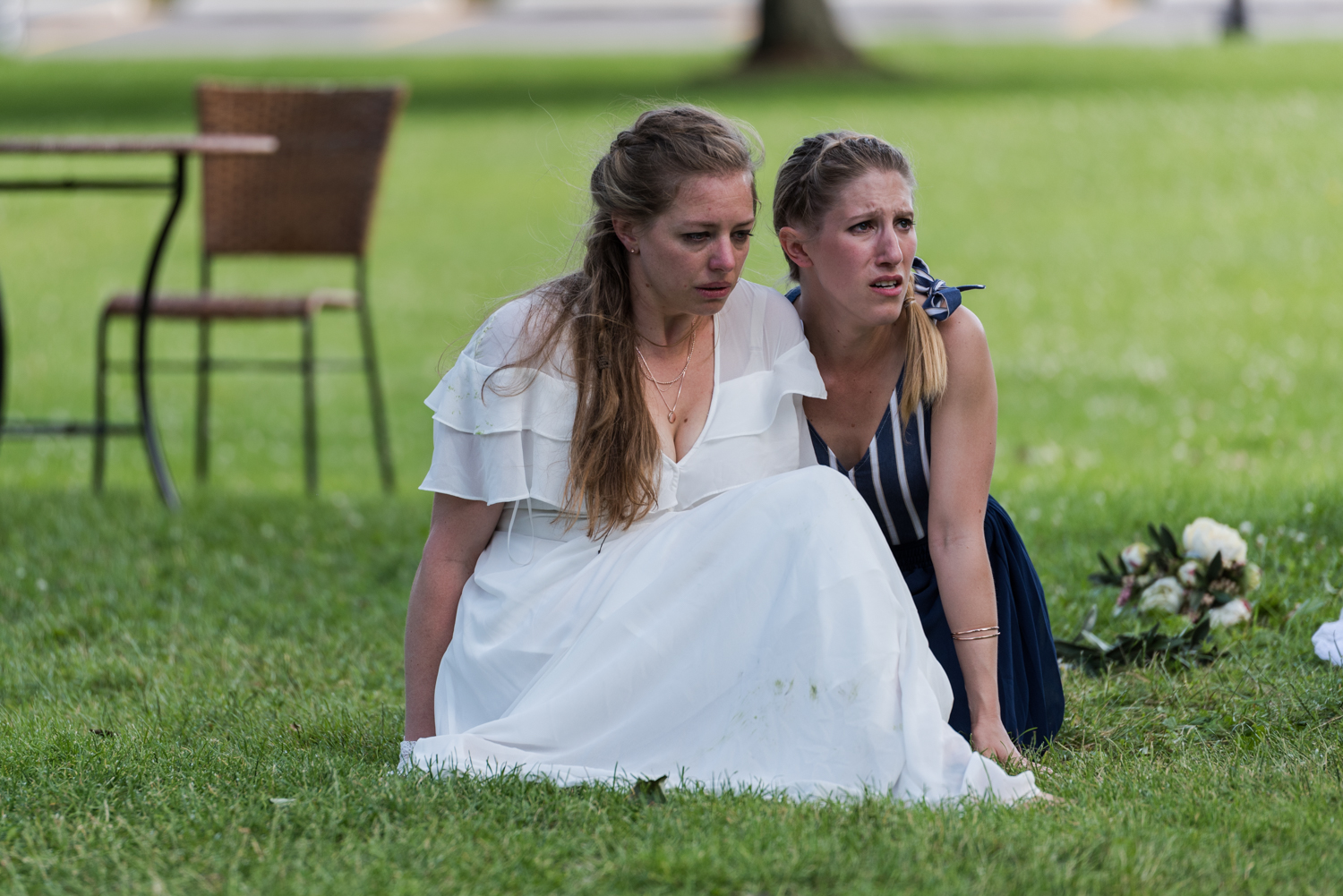 Muse of Fire’s “Much Ado About Nothing” is a perfectly adequate afternoon romp. Framed by two old trees and the cozy greenery up in Evanston, it’s hard to fault the work being done.

For the few people who don’t know, “Much Ado” is the prototype rom-com with some misogynist tones. Benedick (James Dolbeare) and Beatrice (Chelsea Rolfes) duel with barbed language that makes their affection for each other all the more clear. Claudio (Bernhard Verhoeven) is in love with Hero (Alexis Randolph). Don John (JT Nagle) plots against all the love in the show.

Watching a Shakespeare comedy can be like wrapping yourself in a blanket with a glass of wine: nice and easy, with no real consequence. And that’s exactly what this “Much Ado” is. Despite its two-hour run time, the play flashes by, thanks in large part to Don John and his crew’s antics: high-brow aesthetics and dumb slapstick are always welcome.

However, it’s “Much Ado” so we’re all actually here for Beatrice and Benedick, played to full effect by Rolfes and Dolbeare. Dolbeare’s Benedick is equal parts scuzzy and charming: he’s gross enough to be justly shut down by Rolfes’ fierce Beatrice. The two have chemistry and their arc is clearer than maybe any other story in the show. That’s not to say the rest of the cast isn’t strong: actors are generally clear in their intent but performing in the park will lose some specificity.

The cast does a fine job though the production suffers from some of the blandness of family entertainment. (Jay Van Ort)