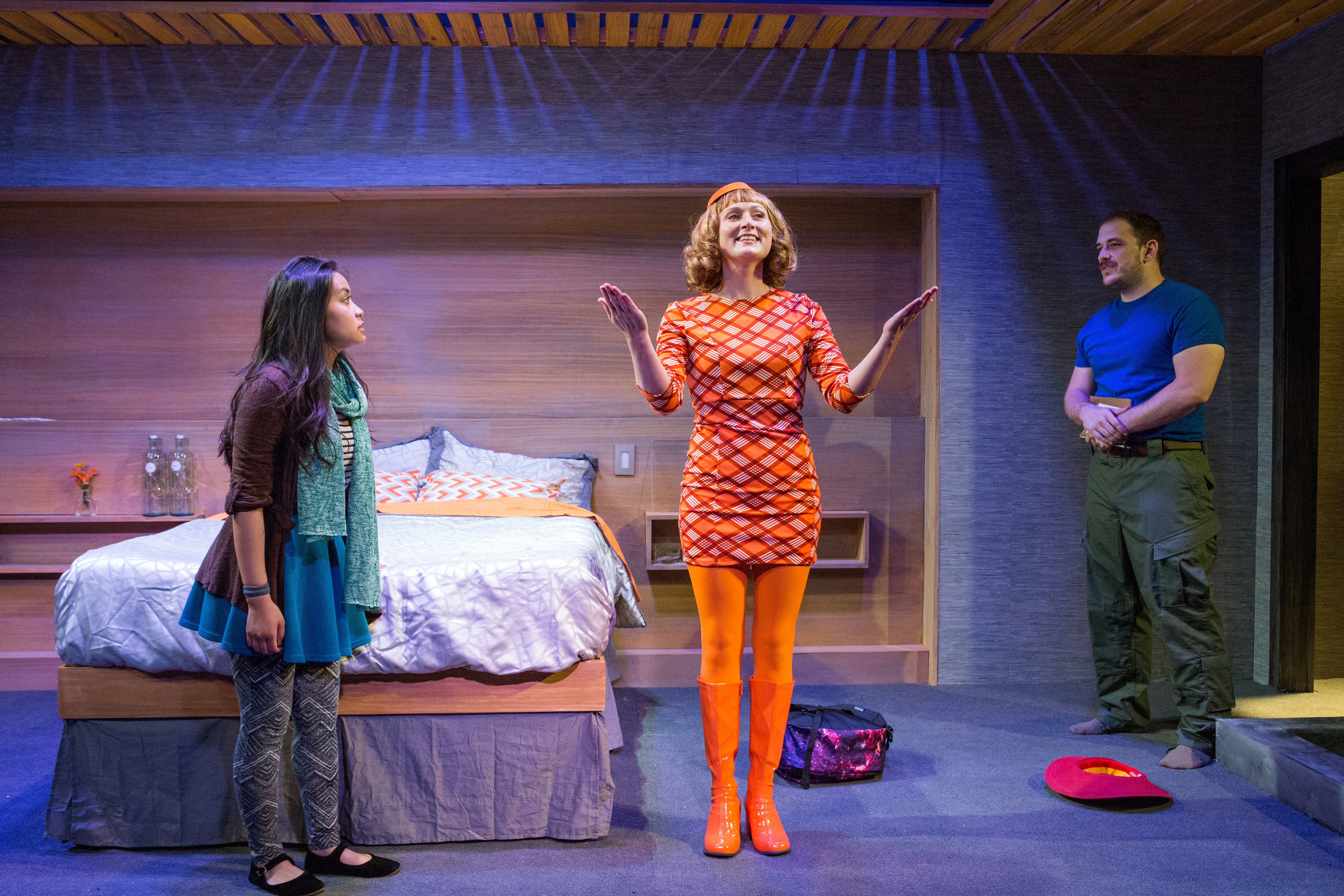 In sci-fi narratives, there is often the potential to succumb to the setting, technology and implications of a futuristic/apocalyptic era. While “Pilgrims” finds the perfect balance of creating this world for the viewer, there are still ambiguities in the characters’ own histories that leave the audience wanting.

Michael Patrick Thornton and Jessica Thebus’ co-direction gives space in a confined room for all three actors to explore their personas entirely. Brittany Burch, who plays the outdated, seventies-airline-stewardess-inspired robot Jasmine, is a mechanical wonder to behold. Her physicality, expressions and speech are artificially human; she is haunting and exciting to watch. When the Soldier (Ed Flynn) and the Girl (Janelle Villas) rely on her for human comfort, the audience understands and believes she can be real.

Flynn and Villas are both powerful forces to be reckoned with. Trapped on board this cabin, their suffocation is tangible in degrees. Flynn plays out the demons of his character’s past in every movement. His haggard gaze, coupled with his verbal and physical delivery, drips with sweat, PTSD, disillusionment and pain. Villas’ delivery demonstrates different, yet equally complex, coping mechanisms; the Girl is tenacious and hides her own trauma behind make-believe games and a bubbly personality. Their vulnerabilities strike every chord.

While the designers, directors and actors create the heartbreaking, relevant and touching world that is “Pilgrims,” it is Claire Kiechel’s script itself that feels like it is missing something. The complexity and confusion in the story behind interplanetary colonization is never easy. However, in this case the vagueness is present in the pasts of the Soldier and Girl. Their stories are told in bits and pieces; some parts feel relevant, while others are hazy or extraneous. Toward the end of the show, the script starts to flicker like the potentially compromised programming aboard the ship. There is one disturbing and, frankly, unnecessary physical assault scene that neither brings the characters closer together nor does it tear them apart. The walls that they break down with this scene are abrupt and unnatural, almost like they are rushing to the final line of the play. This brave new world quickly becomes a blurred new world, though the potential for clarity and understanding is potent. (Danielle Levsky)