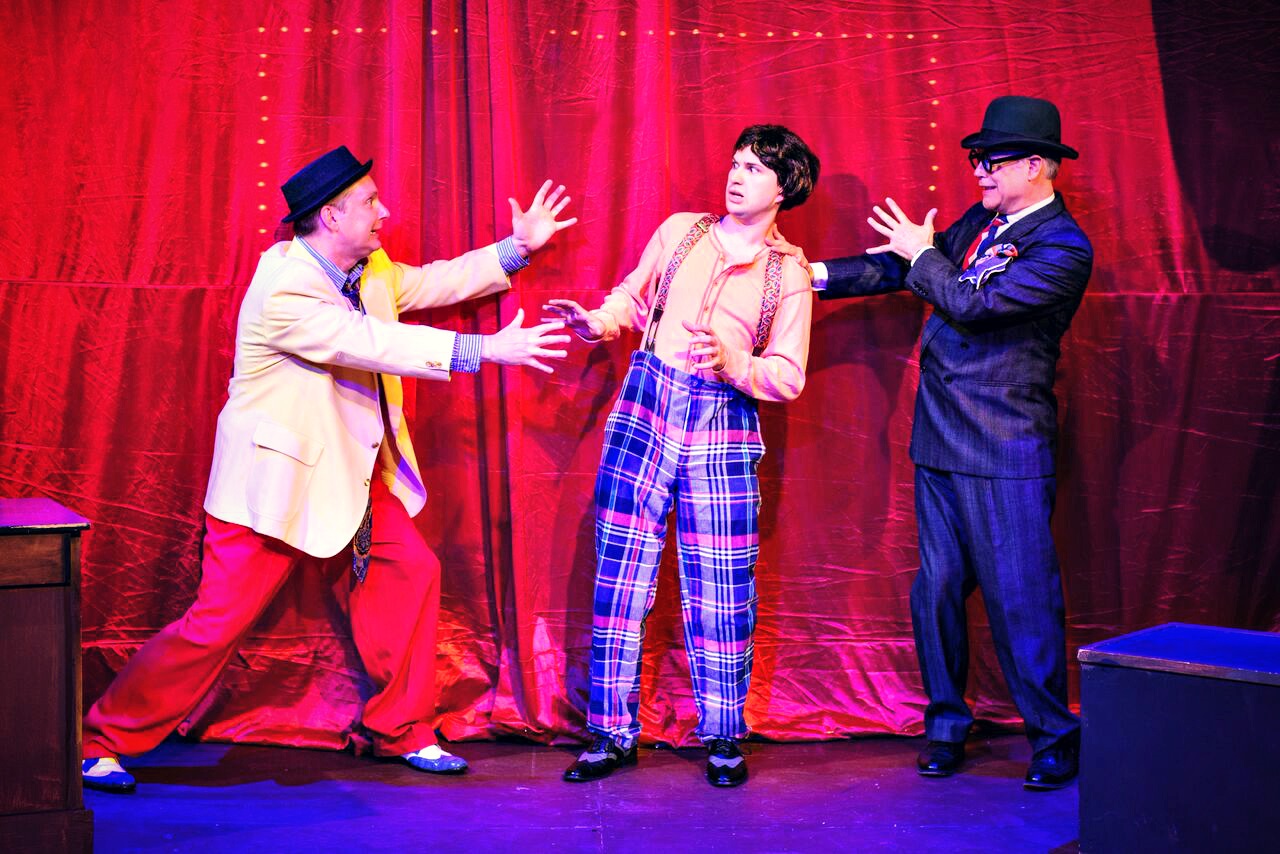 Douglas Carter Beane’s script tells the story of 1930s burlesque performers at Irving Place Theatre in New York City, focusing on Chauncey Miles (Vince Kracht), who is known for his onstage role as a “nance”—a camp, stock character who is often effeminate.

Kracht is able to juggle the complexity of Chauncey delicately and with ease. Chauncey may play a nance on stage but he is also gay in his real life. The scenes alternate between the burlesque stage and Chauncey’s life. While the connection between these scenes seems to be loose at the start of the show, it settles into a comfortable and cohesive pattern quickly. The scene alternation converges at a burlesque scene where Chauncey is unable (or unwilling; this is a detail that is not quite clear in this production) to play anything other than a nance. This causes a police raid in the middle of the set. This moment reveals, both to the audience and to Chauncey, that his theatrical persona and real-life self are fatefully linked.

In the 1930s, a time when Mayor Fiorello La Guardia was attempting to end burlesque in New York (and the persecution of the gay population was on the rise), Chauncey meets men at the automat but must be careful to keep his sexuality a secret for fear of being arrested for “deviant behavior.”

It is at an automat that he meets his partner and lover Ned, played with the utmost sincerity by Royen Kent. Kent’s portrayal of Ned evolves over the show, especially in the comfort of understanding and accepting his sexuality. As Sylvie, Melissa Young is a delight to watch; she is equally hilarious and captivating when she plays her burlesque character and when she manifestos about the Communist Party. Her facial expressions and eye glimmers are to die for.

Kracht’s Chauncey is an excellent juxtaposition to these strong and morally secure characters. Chauncey is a staunch supporter of the Republican Party yet defends burlesque and free expression. He believes in his performance as a nance but is full of self-hatred when he rejects Ned’s multiple attempts to establish a monogamous relationship with him. “This is not what I should be having,” he tells his lover without being able to look him in the eye. He is at once very aware of the risks and dangers of being openly gay yet pays little attention to how his dark humor and self-deprecating jokes upset and irritate those around him. Kracht’s performance is heartbreaking and timeless; he manages to both lift and lower the spirits of the audience and give us a glimpse of how hopeless a man’s life can look when he is not free to express himself, on the stage, on the streets or in his mind. (Danielle Levsky)