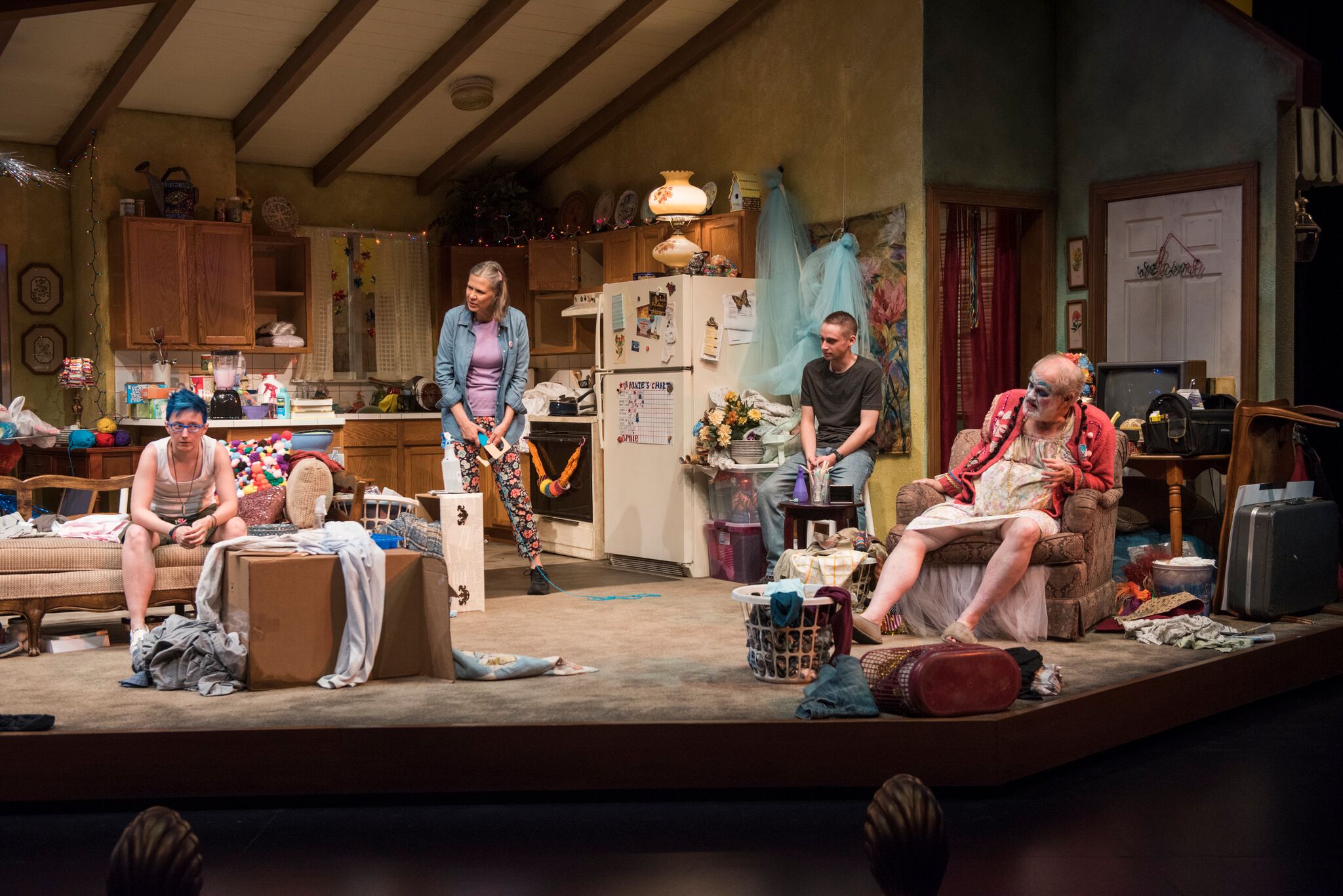 The text of Taylor Mac’s “Hir” is a feat: in reading, you can see the characters and the thought constructs that bind them, ideas like masculinity, singularity of identity, righteous revenge and individuality restrained by the world. The script is beautiful and brutal and funny and stylish. Hold “stylish” on your back burner for a moment while I talk about plot.

“What is to be done with you,” we should be asking about Paige who knows no alternatives to the same power Arnold abused. Ask it about Arnold who is human but has also committed heinous acts of oppression and now lives in a world that does not need or want him. What is to be done with Isaac who only wants to find the home he knew?

A company dealing terminally in realism, director Hallie Gordon somehow can’t parse the surrealism of the play’s world. Despite the emotional realities of the characters (which are played to full effect with the exception of Morton’s Paige, who chronically mugs for laughs), they do not inhabit a world beyond Steppenwolf’s signature family drama, which is a plundering and benign replica of the one-hundred-year-old formula that belies all realism.

So much of this is simply a lack of sharpness. Some of it is in the set, which upstages the actors ostensibly for the sake of realism. But so much of the play’s failure lies in its inability to adapt the company’s trademark style.

Aesthetic and form are the way we think about substance. This is why the script is successful: it recognizes the complexities of our changing world and applies a cartoonish filter to grave realities, letting us understand the cruelty and absurdity of what we’re facing. In producing a straight-laced play, Steppenwolf falls into the trap that they seem desperate to avoid: becoming an irrelevant social structure. (Jay Van Ort)