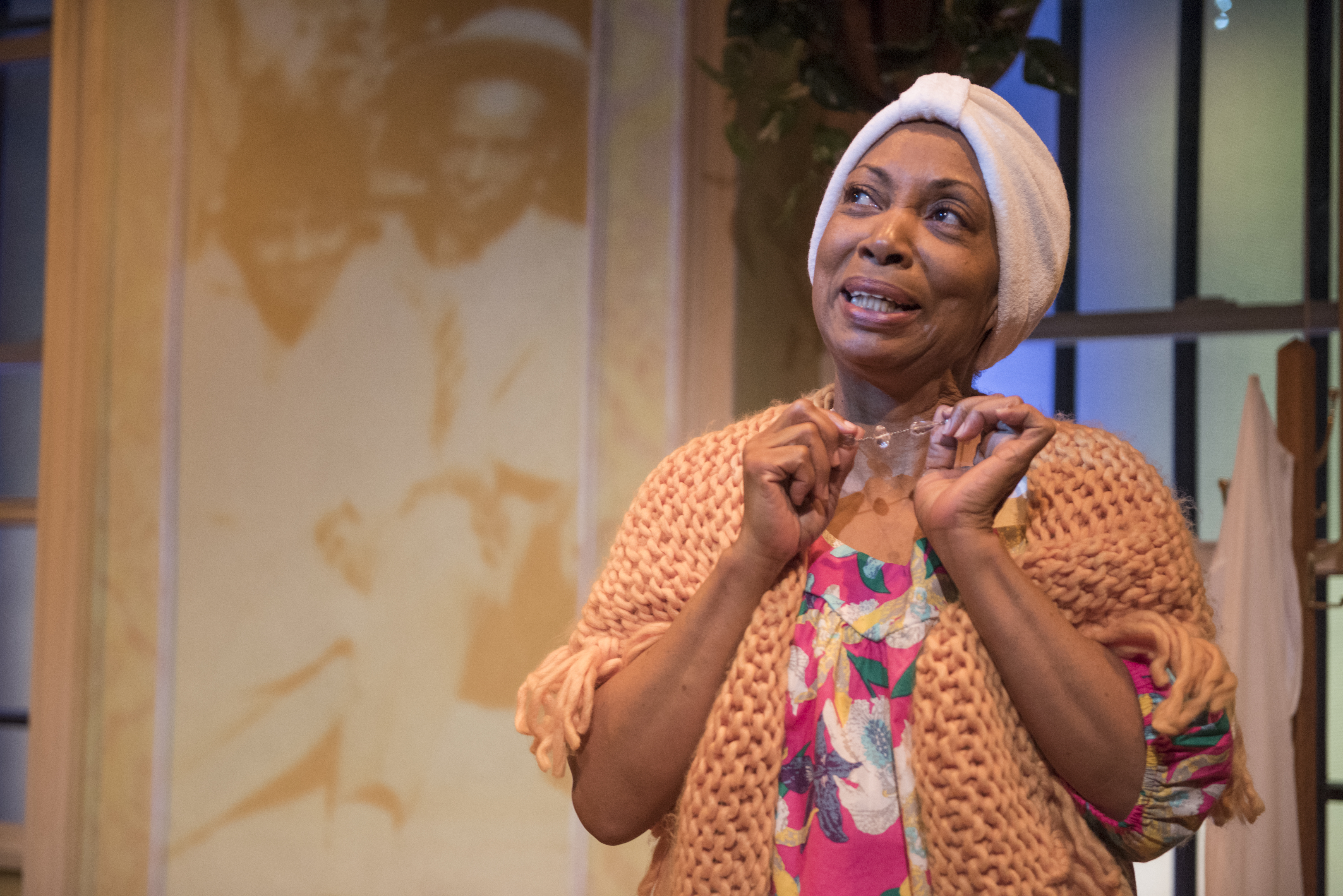 Beauty’s daughter is named Diane. Diane doesn’t love anyone—she always does what she calls “the slide” and gets the hell out of the way of any feelings that might come too strong or dark. She is not, she needs you to know, a “punk-ass bitch.” She listens to jazz and writes poetry in an apartment with a portrait of Rimbaud on the wall. It’s starting to look like it might be a long night —but, try as she might, Diane can’t keep the ghosts of the past from her door.

The single-actor play presents a challenge to both performer and audience to invest in an evening that hinges entirely on the appeal of a stranger, when most of us wouldn’t even spend that much time on the phone with our mothers. Dael Orlandersmith’s “Beauty’s Daughter” addresses this formal constraint by leaving us fairly little time with Diane proper. Instead, in a structure reminiscent of Agnes Varda’s “Vagabond,” the play unfolds as a series of monologues by a constellation of East Harlem characters who talk to and about the central figure, who mostly appears as quotation and whose tough posture contrasts with her poems, presented in video projections and voiceover in the interludes.

Wandachristine is a sorceress, transforming herself with ease from closed-off Diane to teenage Papo, addict/ex-musician Louie, nurturing neighbor Mary, sketchy misogynist Anthony and abusive Beauty, a former burlesque dancer whose “built-to-please” body was destroyed by the unwanted appearance of her oversized daughter. Twelve pounds, five ounces at birth or not, Diane remains an enigma or, metatheatrically, a device for memories and encounters. The subject of “Beauty’s Daughter” is East Harlem, its inhabitants and their struggles, which mostly consist of dreams destroyed or deferred—a budding writer who can’t finish his term paper because he’s too busy dealing weed to support his family, a former star struck blind and left shining shoes and panhandling for a living, a young man who now despises the high school sweetheart he married. The one sweet spot is deceased Mary, who reminds us the dead can talk if we listen. (Irene Hsiao)