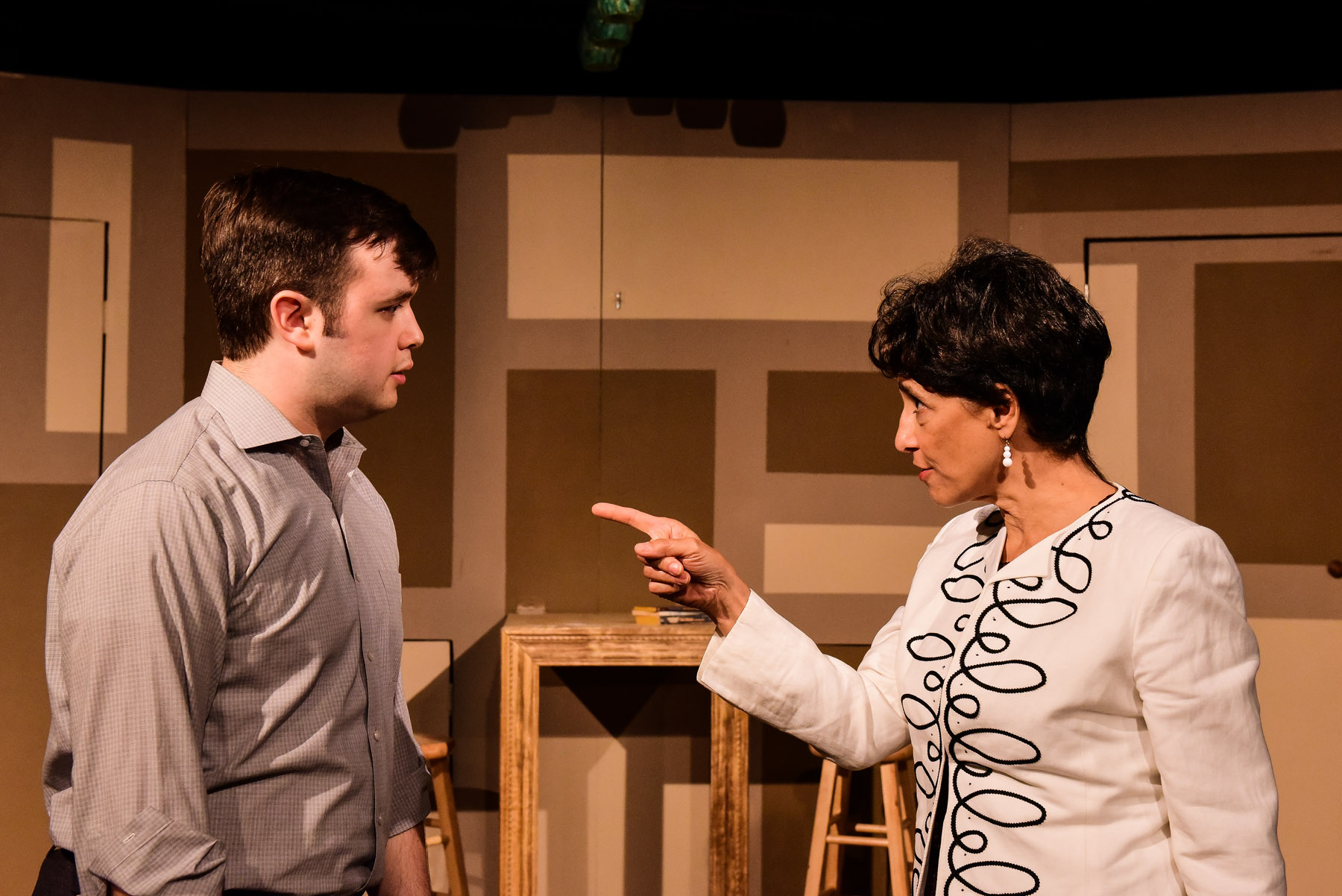 The strength of this particular production is not just with its relevancy but its familiarity. T. Isaac Sherman (Isaac), who is also the son of playwright and role originator James Sherman, breaks the fourth wall as if he’s telling an anecdote during a high holiday. The direct placement of Anita Silvert (Mrs. Adams) as well as her interaction with the audience creates an even more intimate atmosphere. These characters are archetypal enough to resemble family members around the dinner table but developed enough to surprise you in ways your family never could.

Brian Rabinowitz’s transformations through the parable-like roles of Isaac’s rabbi and father are swift and natural, done with the precision of a chameleon. They are the strength and the glue of this production, even when the script starts to feel cluttered and outdated. The transitions between Isaac’s monologues, the parables and the sudden interactions with his mother often feel unlinked or muddled. And yet, this somehow works to the play’s theme; Isaac is searching for his identity through his Jewish heritage and cannot seem to get a clear or straight answer out of any person, book or idea. He is still pursuing his truth when the play comes to an end and so the transitions feel justified.

However, there does seem to be a lack of multifaceted development in Isaac’s love interests: Chaya and Shelley. They are both presented as one-dimensional stereotypes: the shiksa and the Jewish princess. Chaya’s transition to a more spiritual person is slightly more nuanced but still too abrupt to seem authentic. Shelley’s lack of understanding and subtle anti-semitic sentiments feel contrived. Intermarriages between Jews and non-Jews have been explored in statistics, literature, media, religious texts and, of course, real-life relationships. According to a 2013 Pew Research Center study, since 2000, of married, non-Orthodox Jews, twenty-eight percent have a Jewish spouse and fully seventy-two percent are intermarried. These are complex relationships. Shelley and Isaac’s relationship would have been a fantastic opportunity to explore those distinctions.

Nonetheless, this production still reverberates with its closeness to life, family and feeling. When “The God of Isaac” opened in 1985, Skokie’s community was heavily populated with Holocaust survivors and the subject of a neo-Nazi march occurring in that time and place was extremely alarming. Playwright James Sherman “never imagined that thirty years later the questions raised in the play would suddenly feel so resonant and topical, with white supremacist and neo-Nazi groups” on the rise once more. (Danielle Levsky)