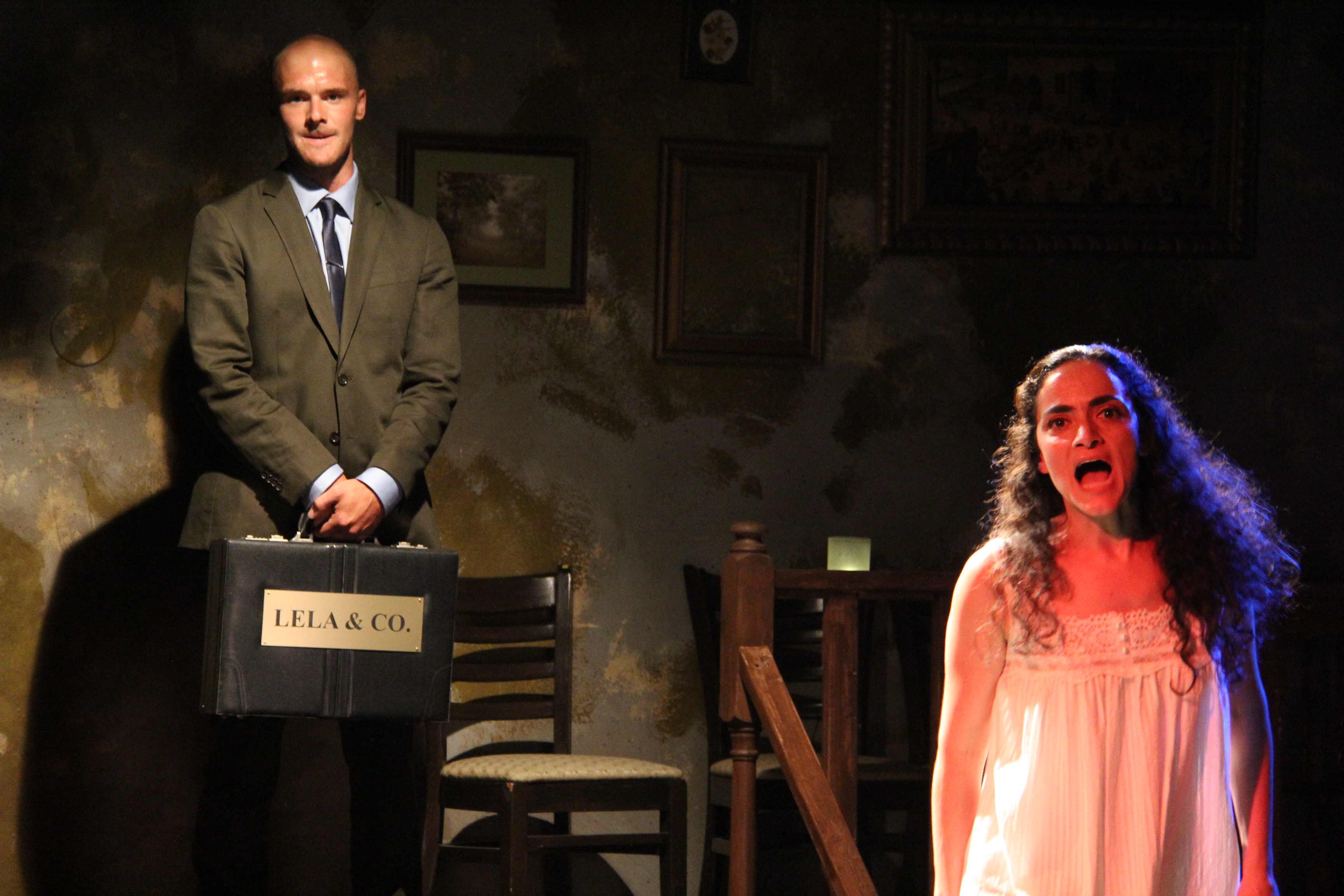 From the moment Argentina-born actress Cruz Gonzalez-Cadel as Lela takes the stage, we know that something complicated and interesting and a little mysterious is going on. It’s as though the character were performing herself in front of an invisible but demanding audience. This nimble layering of personality–a tribute to Gonzalez-Cadel’s acting prowess and Robin Witt’s directorial vision–supports the work’s theme: the pressure felt by women under patriarchy to mask and suppress their truth and present a false, submissive, complaisant self to the men around them. Unfortunately, the story used to illustrate this concept is less than convincing and the play ends up negating its own worthy purposes by trying too hard.

In Cordelia Lynn’s two-person play, making its American debut at Steep Theatre, Lela is a Third World Everywoman living in a generic, war-racked, vaguely Middle Eastern nation. Emulating her older sister, who marries a prosperous businessman from a nearby and similarly unnamed “city by the sea,” the fifteen-year-old Lela catches the eye of her brother-in-law’s friend, an ambitious operator with a cruel glint behind his Ray-Bans. As the war worsens and business dries up, the youthful Lela finds that she has become the commodity in her husband’s new and profitable business venture: Lela & Co.

Graced with a dancer’s poise and an ingenue’s charm, Gonzalez-Cadel is well cast, combining adolescent vulnerability and a survivor’s toughness. She carries the play’s weight on her slender shoulders, narrating the painful and chronologically complex story while also enacting key scenes with the various men of her life, all of whom are played by the versatile and intense Chris Chmelik.

And yet, for all of its impassioned acting, focused direction, nice cabaret-style stagecraft and general good intentions, “Lela & Co.” doesn’t fully succeed dramatically or ever feel quite real. Lynn’s approach is heavy-handed and simplistic, especially in its treatment of men, who are either bullying brutes or hypocritical weaklings. Patriarchy, capitalism, militarism, imperialism – all of these issues are filed together under the label, Men are pigs. Lela’s world is a flat and rigid one of sadistic aggressors and pure victims, determined chromosomally.

The play ends on a reflective note, as Lela seeks to move on with life without relinquishing her history. But the preceding tale is so lurid and the encounters with men so traumatizing that Lela’s effort to reconcile and re-normalize seems like a tacked-on semi-happy ending. In underscoring the play’s message, the author turns her characters into cartoons and her story into a telenovela. In the end, the work comes off as oddly old-fashioned–not so much a modern feminist fable as a Victorian melodrama about sin and redemption among the backward natives. (Hugh Iglarsh)